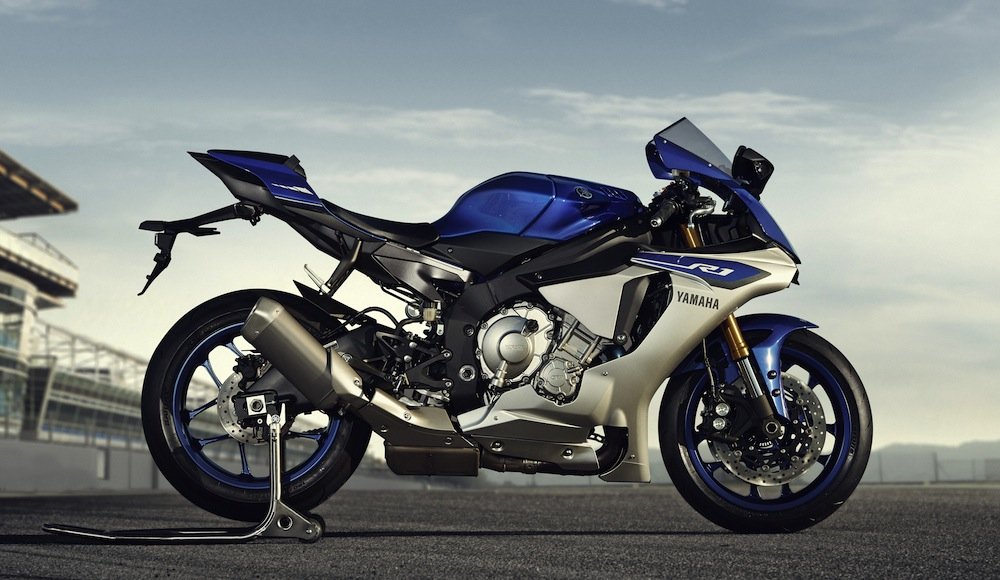 17 years since its inception and first public appearance in Milan, Yamaha released the all-new R1 in the same city. It was the opposite end of the spectrum from Ducati’s theatre launch. Yamaha chose a warehouse, albeit a Gucci one to debut the 2015 range.

After sifting through the supporting acts, it was the R1’s unveiling. We’d heard rumours of Valentino Rossi attending the launch, and those rumours materialised as The Doctor straddled the 2015 model and rode onto the stage, accompanied by a crossplane soundtrack and what looked like some supplementary padding in the groin region.

Usually, new models are leaked into the public domain by naughty publications ignoring strict embargos, or ballsy websites unearthing the gold, but the ’15 R1 lasted well – only appearing on a few websites moments before the unwrapping.

And it turned out to be one of the bikes of the show. Prototype racers aside, the R1 stand was the most congested, with hordes of eager people lusting over its lines. While the 2015 model boasts a claimed 197bhp and weighs 199kg ready to go, Yamaha’s most prominent bragging rights surround the ‘3D control’ and the extensive electronics.

I love Yamaha’s quote from the press kit regarding electronics: “No longer is mechanical superiority enough to stay at the top. The digital era has arrived”. Yes, yes it has. Sure there’s the now customary traction control, but the R1 exhibits some revolutionary new technology – Yamaha engineers told us in Milan that the R1 uses 92% of the factory’s MotoGP electronics.

Joining the revised lean angle-sensitive traction control, anti-wheelie, a quickshifter, launch control and ABS, there’s slide control. Slide control? The R1 uses a 6-axis Inertial Measurement Unit with three gyro sensors measure pitch, roll and yaw, and there are also three G-sensors that take data from left/right, forward/backward and up/down. Data is analysed 125 times a second and is sent via a CAN system to the ECU to make various adjustments.

The R1’s revised Traction Control System (TCS) has been improved thanks to the 6-axis IMU, and now considers lean angle. Slide Control System (SCS) ‘limits sideways movement of the rear tyre’, again using the 6-axis box of tricks to function. Put simply, the TC controls the amount spin and the SCS controls slide, and in particular, how far you want the bike to step out. If I were rushing out to buy a superstock bike, I’d be on my way to a Yamaha dealer. Now.

One of the previous model’s biggest shortfalls was the wide engine, limiting ground clearance, but that’s now remedied with a much narrower bike. Although Yamaha has retained the crossplane technology that allows an uneven firing order (270° – 180° – 90° – 180°) and giving each individual piston/con-rod its own movement, most of the lump is new: all-new cylinders, heads and fuel injection system. Inside, there’s new crank – the old R1’s engine felt as though there was nothing inside, with little inertia, yet the 2015 CP4 motor has a crank with 20% less inertia. 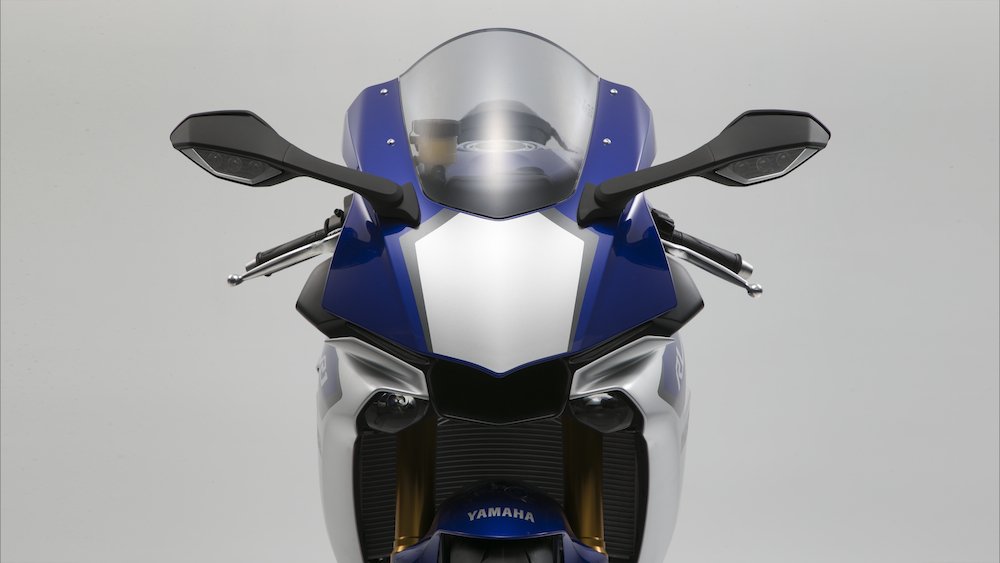 You get the feeling this has been designed primarily as a race bike, with the road paraphernalia shoved on as an afterthought – which is no bad thing. Look at that nose. Yamaha designer, Dave: “We need to keep room for big numbers on the front, but what about the lights?” Barry, the other designer: “Don’t worry, we’ll put some groovy LEDs underneath the intake.”

A relatively short 1,405mm wheelbase (20mm shorter than the new Beemer and 10mm shorter than the old model) means agility for the R1, and the rake and trail stats remain. A magnesium subframe is partially responsible for the overall 8kg weight loss, as is the new aluminum fuel tank.

The R1 comes rolling on 10-spoke magnesium wheels, which are accountable for a 900g saving over the old alloys. According to Yamaha, the front wheel’s diet gives a 4% reduction in its inertial movement, while the rear provides an 11% inertial reduction. We’re not sure there’ll be any inertia left at this rate.

Yamaha has installed ABS for the first time on any tuning fork branded supersports model and, like the rest of the electronics, takes heed from the 6-axis IMU. There’s also ‘Unified Braking System’ – like Honda’s Combined ABS, that controls the balance of braking pressure at each end. 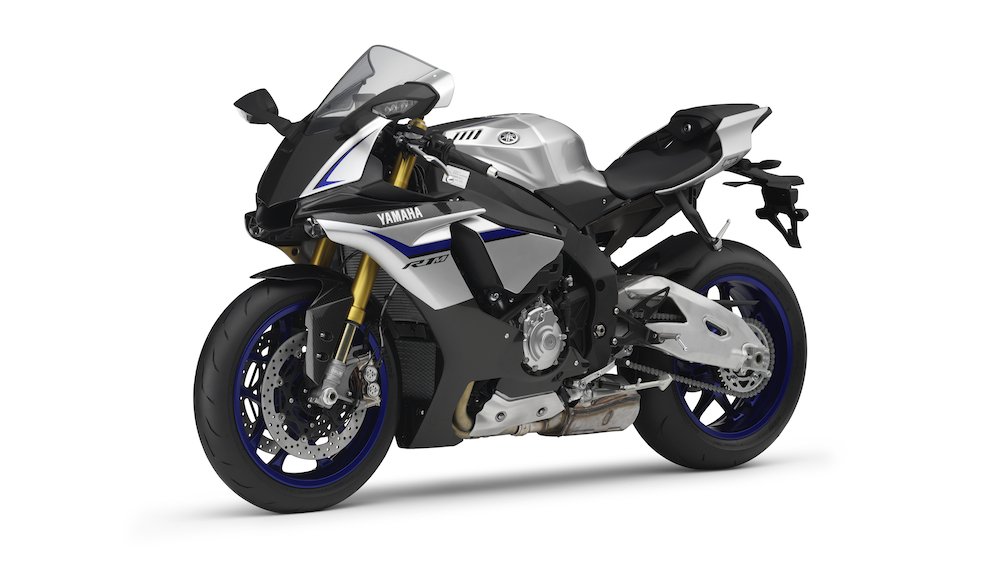 Just as we were taking on bets on Jorge Lorenzo appearing, up pops J-Lo on the R1M. The special/limited edition model shares all the goodies of the bog-stock 2015 R1, but with a few Brucey bonuses. The KYB suspension makes way for Öhlins semi-active suspension, further utilising the 6-axis IMU capabilities.

Benefits include reduced fork dive under braking and better traction on the gas, but, like other semi-active systems, there’s so much more in its arsenal. Data is constantly analysed and the perfect compression and rebound damping is calculated for supreme bump management.

For your £20k-ish money, you’ll also get lots of carbon fibre, a polished ally tank and swingarm, and a Communication Control Unit (CCU) with GPS.