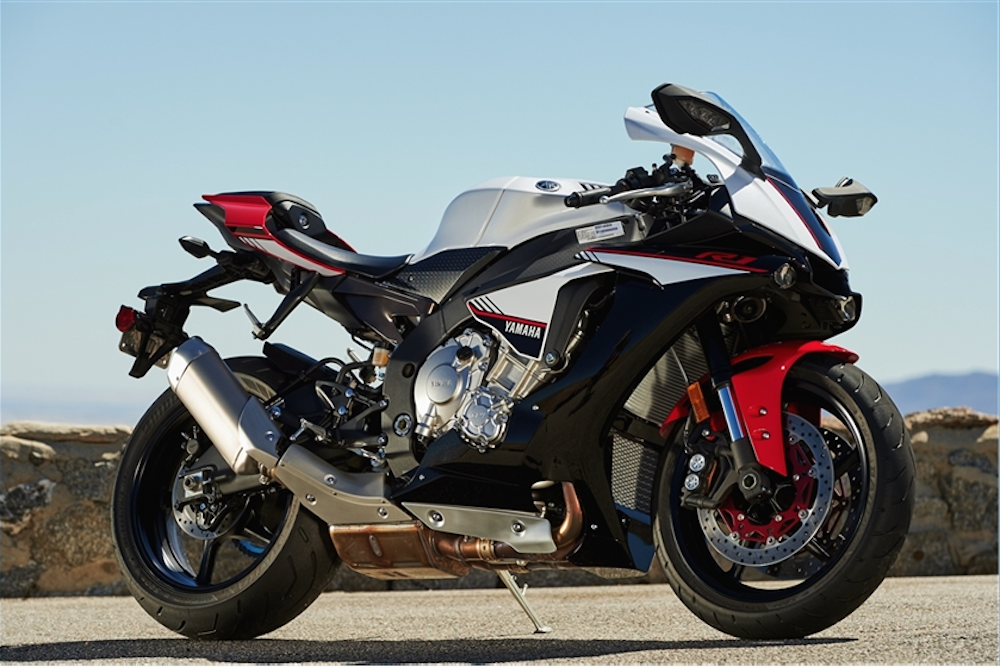 Like many fresh models before release, there was much hype surrounding Yamaha’s YZF-R1S when the trademark was made public by CARB (California Air Resources Board that govern emissions), whipping the click-bait and SCOOP! brigade into an internet frenzy. Some publications were understood to have actually bookmarked CARB’s website…

But Yamaha UK confirmed today that the lesser-spec R1S “has been made specifically for the US market to meet the requirements of American riders and there are no plans to bring the R1S to Europe.” Well, Mr and Mrs Yamaha, can we have a UK-only R1 with rocket launchers and tea making facilities?

Although the ‘S’ appendix sounds sportier and naughtier, it uses less exotic materials such as steel con-rods to replace the titanium puppies, alloy wheels instead of magnesium, and steel headers and fittings to trim manufacturing costs: 10% reduction in retail costs to be exact.

The 2016 Yamaha YZF-R1S does brag identical IMU-controlled electronics as its more superior YZF-R1 counterparts, though doesn’t come with a quickshifter and weighs 5kg more than the ‘standard’ R1. Given its already sublime performance, the R1S’s marginal weight gain and steel componentry shouldn’t exactly hinder road etiquette or lap times.

A straightforward dollar-to-pound conversion brings the R1S in at an enticing £9,788, without factoring in import taxes and other trivialities. Back here in Blighty, would a less tempting £1500 discount off the R1’s £14,999 influence your buying decision? Probably not. Bit of a peculiar one.