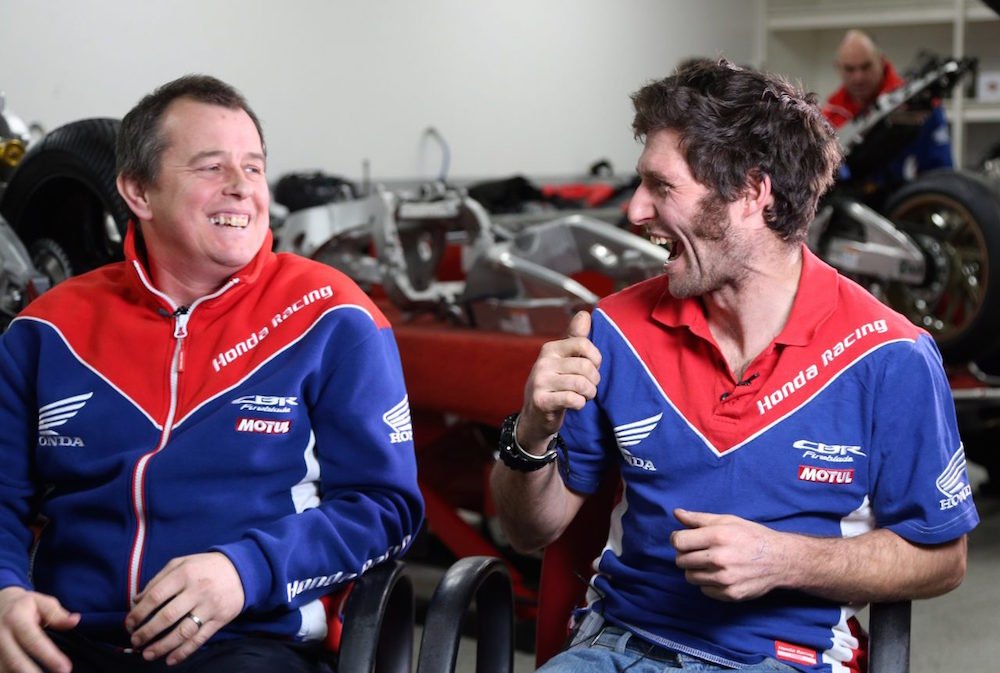 You’ve gotta love Wednesdays: the midweek hump day that provides unconditional dubplate news, strategically published under embargo in the UK’s largest journal. We had not one, but two announcements yesterday. To everyone’s amazement, northern tea drinker, Guy Martin is making a racing comeback alongside John McGuinness in the official Honda Racing squad aboard the new SP2. The lure of a race-winning ride and hideous amounts of wonga was obviously enough to prise Guy away from his TV duties and ‘work.’

A story broke on jazzed-up, motorised Facebook site, DriveTribe the day before and we, like many, thought it was utter bollocks. But this is very much a dream team for Honda (and TT fans) and kudos to the Big H for landing both Guy and McGuinness. There were rumours of McPint not getting the deal he wanted from Honda, and several murmurs of retirement, though he’ll get another chance to break Joey Dunlop’s record in 2017. 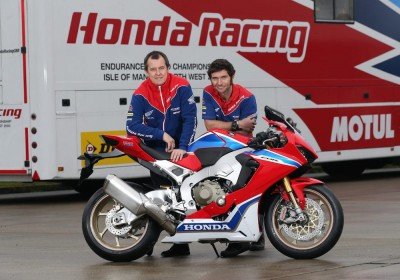 Guy Martin: “Neil [Tuxworth] has been talking to me for a while about joining the team, but I had a lot of thinking to do before I committed and said yes. I spent a lot of time on my push bike to and from work, thinking about what to do. I didn’t want to grow old regretting not giving the Honda a go, and the more time passes since making the decision, the more time I’ve thought it is the right decision. Honda is a great team and the Fireblade has always been a weapon on the roads, so with the new bike, I‘m keen to give it a go. We’ve got a busy testing schedule coming up and I’ve put some other stuff off to make time. John is the man, I’ve got massive respect for him and I’m looking forward to racing on the Fireblade against him.”

John McGuinness: “I’m back with Honda for another year; really I’m part of the family, and I can’t wait to see what the new Fireblade SP2 can do! I know the old model like the back of my hand and have taken a lot of my TT wins with the old girl, so I can’t wait to get out on track and try the new machine out. I have a good feeling about this year and think we have a really good package to show that we mean business. I of course would like another TT win and I would quite like my lap record back! I always say when it’s broken that the lads are just borrowing it and I hope this year that this is the case. I am sad to say bye to the old Fireblade; I have a lot of history and good memories with that bike, but testing the new model can’t come soon enough and neither can the race season. I’m excited to have Guy as my new team-mate; we’ve enjoyed many a racing battle over the years and I’m looking forward to seeing what we can both do.”

I think the ‘looking forward to being team-mates’ is a load of wank, because as far as I know, Honda’s new pairing are far from besties. And I also think expectations of Guy need to be more realistic. Having a year off racing is a major deal and he simply won’t be up to speed straight away. Hutchy and Mickey Dunlop were in different world in 2016, and it’s difficult to see past anything but a repeat in 2017. That said, the old Fireblade was becoming severely dated and you can never overlook McPint, particularly onboard a fresh steed. 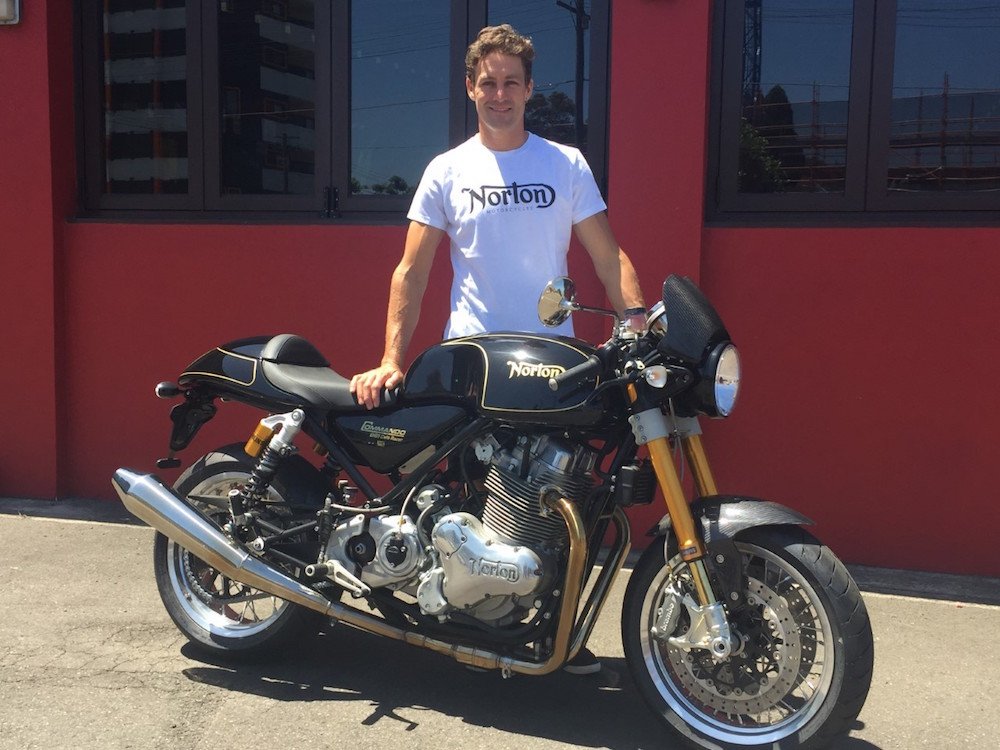 Also dropping yesterday was news of Josh Brookes making his TT comeback, joining my buddy Davo Johnson in a two-man Norton squad. The Aussie pairing will ride the SG6, which has been developed from Norton’s road-going V4 RR/SS. While the road bike brags a 1200cc lump, Brookes and Johnson will continue with the homologated 1000cc Aprilia engine and, apparently, use Norton’s own motor in 2018.

Josh Brookes: “Firstly I want to come back to the TT, after SMR said I couldn’t ride at the TT over the last two years I’ve been desperate to get back and race at the island. I like the history of the Norton and it will be so great to be a little part of the Norton story. It’s just something that interests me, and I’m really excited by the project. It’s always hard to predict results, especially around the island so I think it’s important that I let it come to me. I’ve not been for two years, and I don’t know how much the Norton bike has improved, but I hear great things about the bike.

“My first ever race at the TT was in the Superbike and I got a top ten, so let’s hope we are better than that at least, but realistically if we finish the races without a problem, and I’m in the 132mph club by the end of the fortnight then we’ll be celebrating.” 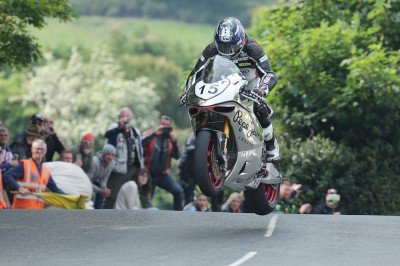 Davo Johnson is slightly less polished in his thoughts: “This year I know if everything goes smoothly with no problems we can battle for the podium, I’m ready to be up there and I feel the bike will be too. But like I said, everything must be perfect as everyone is really flying these days. We had a small bike problem in the Senior TT last year which caused my concentration malfunction (laughs…)! But before that we were up dicing for a top 5 position and my ideal lap was 131.5mph, so I’m confident for good things this year.

“The end of every senior is a strange time for every rider I think it changes with every year too as the results play a huge part. If you had a shit race like I did last year in the senior, well I was pissed off a bit… But after the Superbike race last year where we had our best results, well that was an amazing feeling! It was a tough race and everyone in the paddock was so pumped for us as a team. We definitely shut a load of the haters up and yes, I wanted a beer after that!”

As if the above wasn’t enough to induce a stiffy and get you booking trips to the 2017 Isle of Man TT, it looks like 44Teeth might be going back there in an official capacity. Yes, racing. More on that another time.