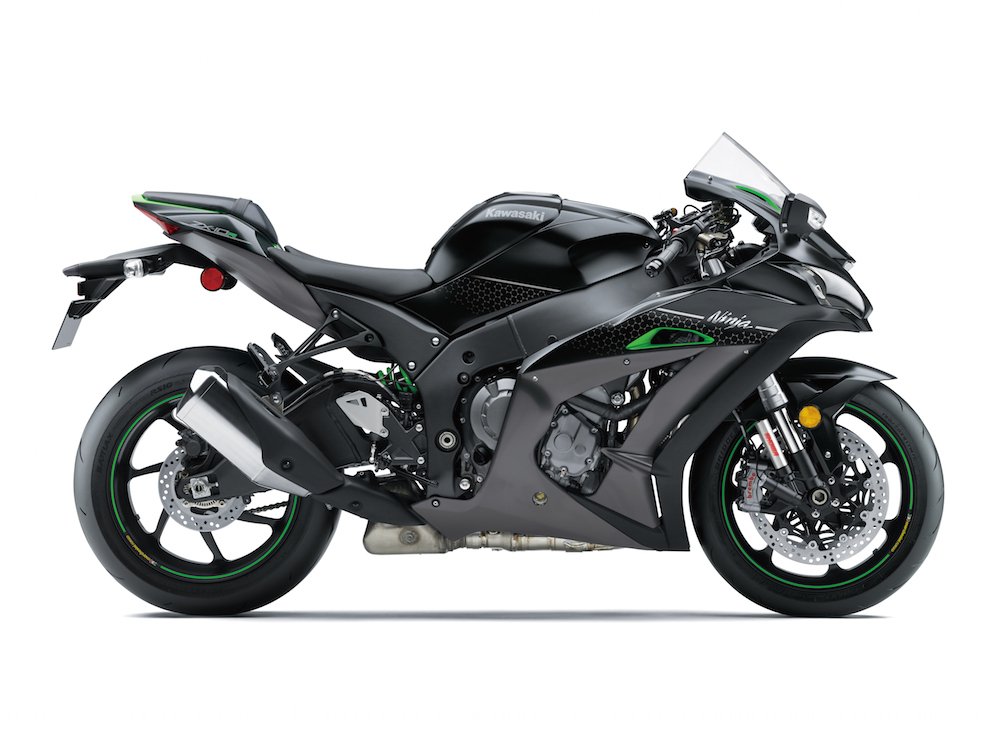 After unveiling the Z900RS at the recent Tokyo Motor Show in, erm, Tokyo, Kawasaki has saved some of its freshest metal for release in Milan – including a supercharged sport-tourer and another addition to the ZX-10R family. 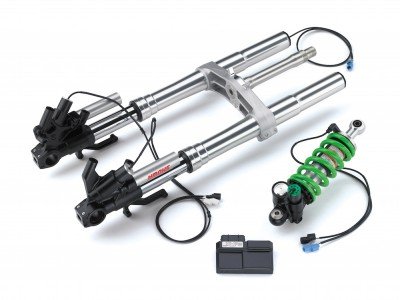 Get your KECS out. KECS is Kawasaki Electronic Control Suspension and it’s an interesting project from Showa, taking it to the golden goodness from Öhlins. The SE wears the same Balance Free forks and shock as the base model but hides the magic. Built-in stroke sensors – exclusive technology to the SE – send data to the KECS ECU every 1ms, and are complimented by an IMU supplying info every 10ms. The damping is then adjusted accordingly. Pilots get a choice of Road, Track and Manual modes for a softer/stiffer base setting, while Manual allows the rider to tweak compression and rebound damping. Kawasaki reckons the faster reaction time provides a more natural feeling, so it’ll be interesting to sample Showa’s execution. 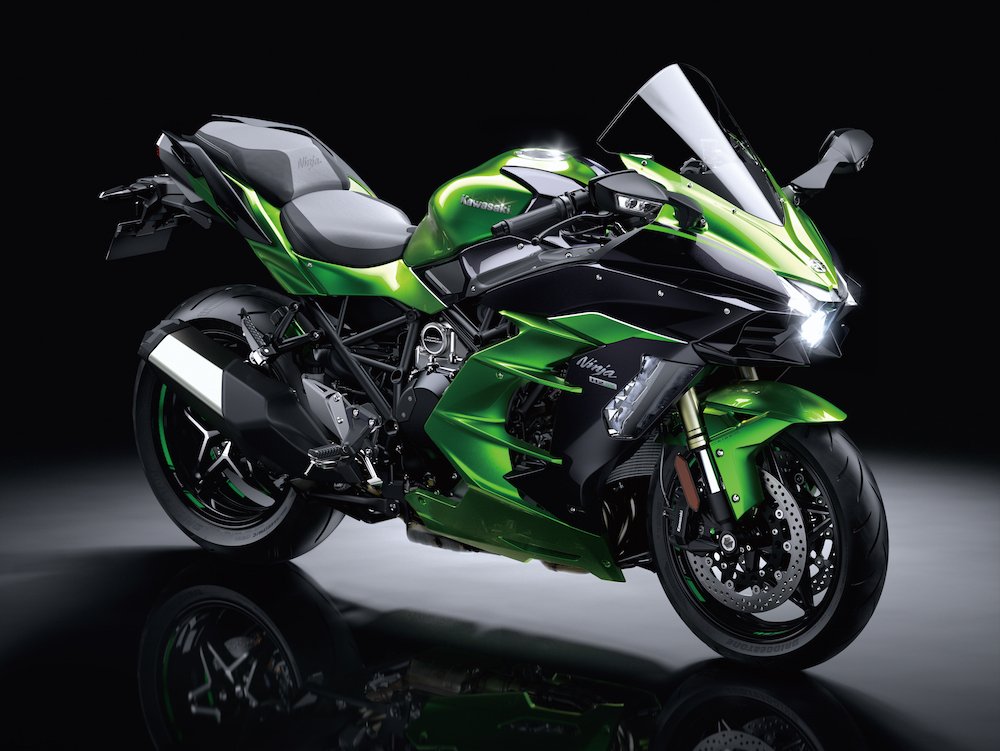 Next up the Ninja H2 SX which, as the name suggests, is a more everyday supercharged behemoth and looks suspiciously like a Triumph Sprint made love to a VFR resulting in this offspring.

The engine – according to Kawasaki – has been completely redesigned, with a new impeller, pistons, crank, cams, cylinder head, throttle bodies and intake system to ensure a more usable delivery.

Meanwhile, the H2’s frame has also been tweaked to accommodate panniers and a change in rigidity. There’s also a longer wheelbase for stability and a wider steeper head angle for ‘low-speed manoeuvres.’ The fairings look like a ZZR14/H2/Z1000SX mash-up and Kawasaki says the riding position is far more relaxed than the ZZR but not as upright as the Z1000SX. It’s18kg more than H2, which isn’t exactly a slender beast itself. 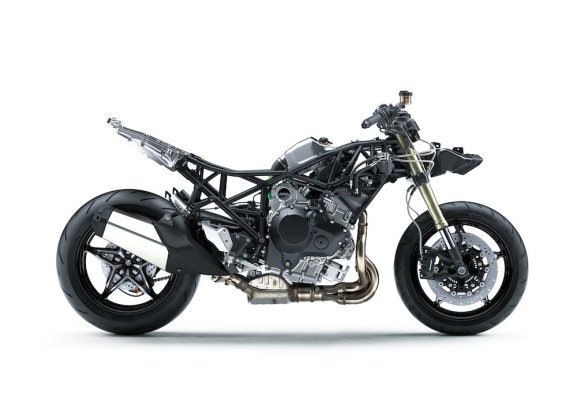 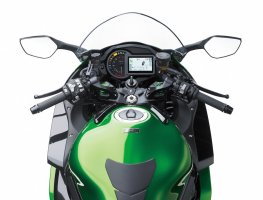 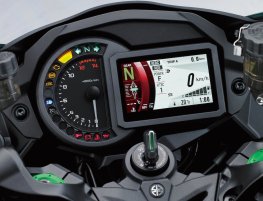 There’ll be more from the Milan show in video formateo…