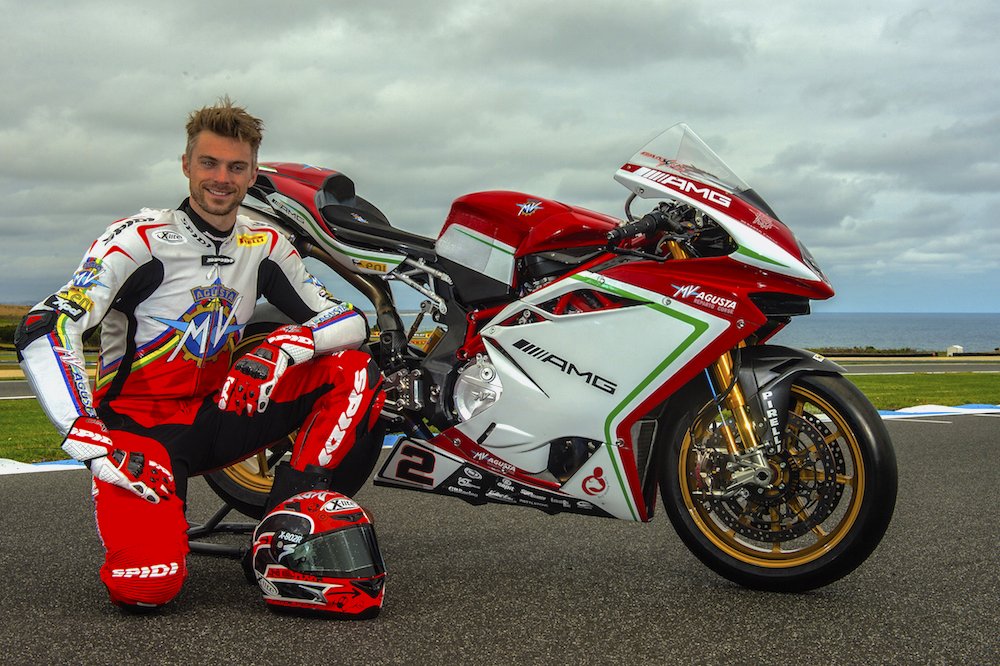 Yes, that’s Leon Camier pictured next to his WSB racer, but it’s also the base for MV Agusta’s road-legal homologation special: the F4 RC, which stands for Reparto Corse.

Given WSB’s new tighter engine rules for 2015 – that favour superior stock machinery – it’s no coincidence we’ve seen a sudden rush of new metal this season. Manufacturers are chucking titanium engine internals and other exotic materials into the fray in a bid to produce crazy horsepower. And with a quoted figure of 212bhp, the F4 RC should probably be fast enough.

There’ll be some obvious downgrading for the road version (suspension, electronics, bellas rodas) but a claimed dry weight of 175kg puts the RC in a pretty place. It comes in a ‘dual road/ready to race configuration’, with bolt-on goodies that transform the F4 into a track-ready, Camier-wannabe.

At £30,999, it’ll more than likely be fantasy pinup (like Leon Camier) rather than garage buddy to most of us, and MV reckon they’ll only produce 250 F4 RCs to meet homologation requirements. Expect to see an elite few hit the UK in March.

More when we get it…