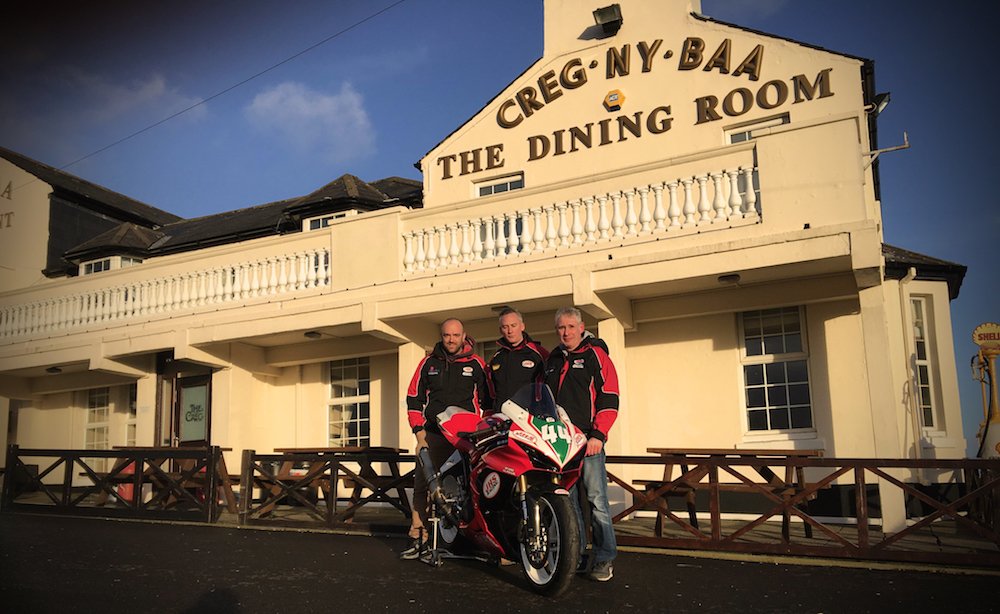 44Teeth will be live and direct from the 2016 Isle of Man TT in an official capacity. After years of persuasion and exhausting every excuse ever created, I’ve finally committed to racing at the world’s biggest motorsport event.

I’ll be parading racing a Suzuki SV650 in the Lightweight TT for JHS Racing: long-term friends and sponsors of splendour. For obvious reasons, it’s not the sort of race you jump in to willy-nilly, and everything had to be 100% before committing. I’ve been racing for most of my life, reached a half-decent level, and the TT – as the pinnacle of motorcycling – is a personal challenge that has to be conquered.

Many have asked why it’s solely on the little bike. I don’t fancy learning the place on a 200bhp howitzer that has the potential to throw a wobbler at any given moment. I’ll have trouble containing my poo with the Suzuki’s 90bhp, I’m 35 years this year, and John McGuinness won’t be losing any sleep over my TT debut. That said, I want to succeed, and a 105mph lap has to be a realistic goal. Even qualifying has been made ever more difficult by James Hillier smashing the 120mph Lightweight lap record in 2015.

My team-mates are Dave Moffitt and Michael ‘Jack’ Russell, both of whom are loose as a goose and super-experienced when it comes to the Isle of Man. Dave may have his pension looming but he still knows how to pedal it round and won the Manx Grand Prix in 2011 with JHS. Jack finished 7th in last year’s Lightweight TT and is an emerging talent on pure roads.

It wasn’t far off this time last year when I got in a hire car with Peter Hickman driving, utterly wankered (me, not Hicky), and busting a terrifying lap – until we ran out of petrol at the top of the mountain with five miles left, pushing the Fiesta up Hillberry and coasting back into Douglas. Inebriation aside, I had no idea where I was going, which made it überry scary. Of course, Peter did, and holds the fastest ever newcomer’s lap record by treating it like his commute to work and understanding every nook and cranny. I need to duplicate his learning methods.

Racing the 37 and ¾ miles is all about knowledge. At these speeds, it’s all very well knowing which way the road goes but you have to understand exact road positioning and the whereabouts of major bumps, and jumps. Ever since the decision was concrete last October, I’ve been studying onboard laps pretty much every day in an attempt to saturate my brain, and making essential visits to the island.

As a newcomer, TT organisers have looked after me – and the other rookies in 2016 – incredibly well. It’s in their interests to. They don’t want some nobber wobbling round putting themselves and others at risk, so Milky Quayle and John Barton are on hand with extensive course knowledge, guiding us in anyway necessary.

Needless to say, we’ll be covering the TT fortnight and our preparation every step of the way, including jumping in a van for some more cutting-edge #VanVlogs this week with an extra special TT-related guest. Guaranteed megalolz.