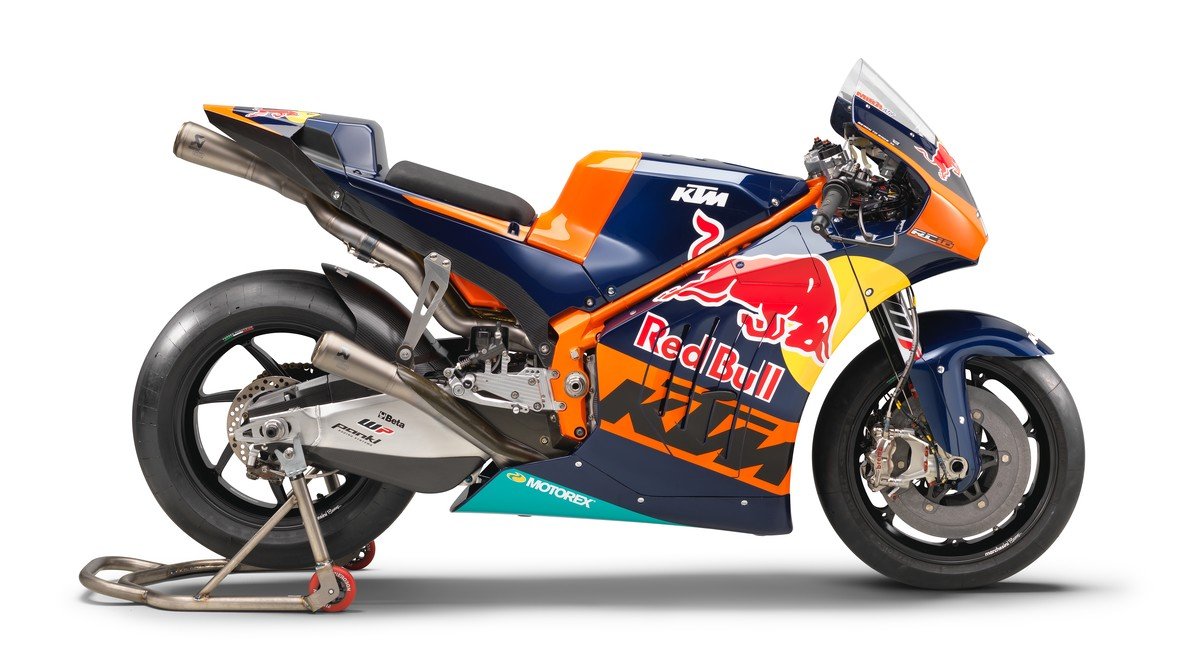 As the 2016 season reaches its climax in Valencia this weekend, MotoGP welcomes another manufacturer onto the grid of glitz and glamour. KTM is wildcarding with factory test pilot, Mika Kallio riding the RC16, giving us a taster of the Austrian firm’s full-time comeback in 2017 and beyond. It wasn’t too long ago that MotoGP was berated for its dwindling grids and lack of factory teams. With KTM’s return in 2017, no fewer than six manufacturers will be represented – and KTM doesn’t even make a superbike for the road. C’mon BMW and Kawasaki…

As well as spanking a pair of 1290 Super Duke GTs en route to the Red Bull Ring in August, our principal motive for attending the GP was an exclusive, access-all-areas touchy, feely session with the RC16. It was being officially launched at Austria’s first MotoGP in 19 years and what a venue to make a comeback. As you may have guessed by the name, the circuit has been transformed under Red Bull ownership – dubbed the ‘A1-Ring’ by Monster-sponsored athletes. If a European GP jaunt is imperative next season, make sure it’s in Austria: there’s a whiff of Imola with its urbanised location and more than a trace of Mugello given its alpine backdrops. And big boobies in lederhosen.

Anyway, despite our 2-day, faff-infested trip to get there, KTM’s factory in Mattighofen isn’t far from the Red Bull Ring. The factory of orange hosted a rather majestic shindig to commemorate the RC16’s inauguration, taking over a section of the circuit and painting it orange (grandstands, spectator and KTM bike parks). A fine selection of the world’s press was invited to witness Kallio and test pilot, Alex Hoffman, spin some laps between races, and 44Teeth blagged some up-close-and-personal time with the RC16 and people behind the project. 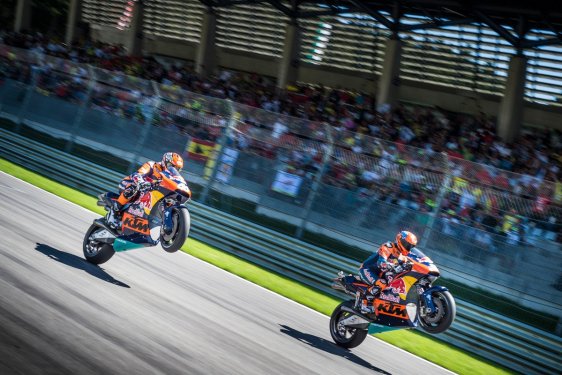 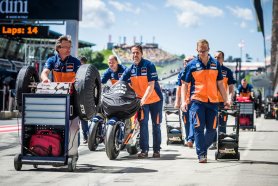 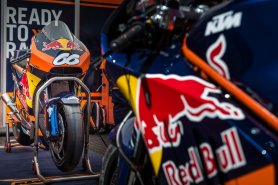 What makes the RC tick? And how the bloody hell does one build a MotoGP bike from scratch? Although heavily involved in Kenny Roberts’ team back in 2005 by supplying engines, there was very little chassis input from Austria.

Sebastien Risse is KTM’s Technical Director for Onroad Motorsport. “If we don’t know how the bike should look, then first you should have a closer look at what the other are doing out there,” reckons Risse. So you sent some spies out? “No! But basically there is a lot of photo material around on the internet and press releases, and it’s not about copying anything but about understanding which direction it was taking in the last years, and thinking about why people are doing things in a certain way, especially if everyone is doing it that way. The better you can understand this, the better you can make your base.”

So how far off the original test mule is the current bike? “A big point that we understand from Moto3 is that you can never make the first bike perfect. I think the only part that looks similar from the outside is the frame, but it’s very different, and a few supplier parts like brakes. Anything else, we haven’t used any parts from the original bike, so in a percentage, I’d say 80%-90% is different regarding chassis and electronics.” 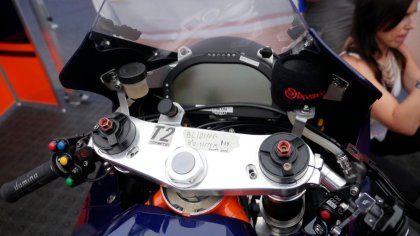 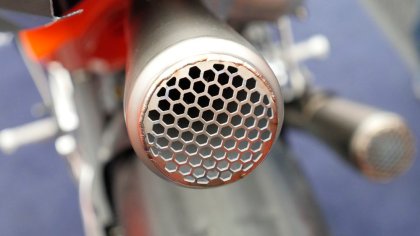 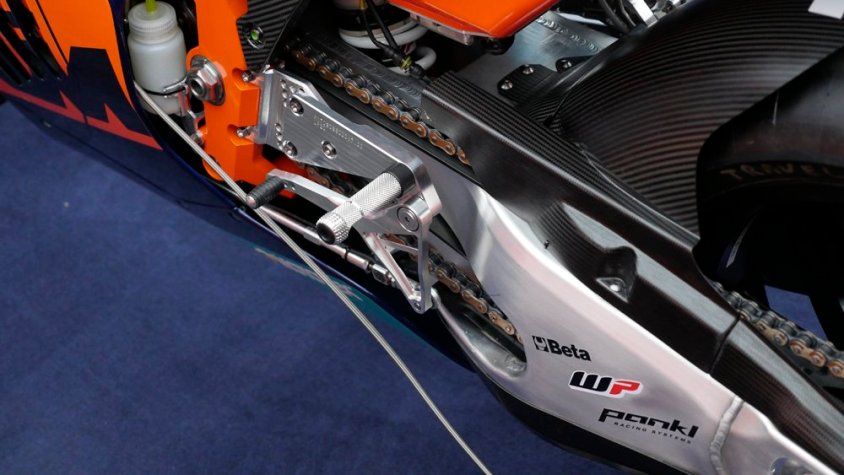 KTM has chosen to utilise its trademark orange steel trellis frame over the usual GP-spec aluminium spar or monocoque chassis, yet Mr Risse was quick to reassure us this was no marketing ploy. The reason was purely down to KTM’s experience in working with trellis technology and consequent properties so vital in GPs, and was the best basis they had to start with. The way in which air is forced towards the engine and cooling components is completely different to an aluminium frame

There’s also the addition of some super-trick, gas-charged WP suspension (no real shock given WP is owned by KTM) in a class populated by Öhlins, and WP has recently stopped supplying rival manufacturers with components. WP’s success in other classes like Moto2 is promising. Other KTM subsidiary advantages include a Pankl-produced swingarm, while MotoGP prerequisites comprise Brembo brakes, Marchesini rims, Wethje carbon fibre fairings and an Akrapoviç titanium exhaust, contributing the RC16’s 157kg, which is MotoGP’s minimum weight.

The bike will carry 22 litres of fuel just like every other. Gone are the days of new teams given additional benefits such as softer tyres and extra fuel, but KTM’s sole subsidy as a new manufacturer is the freedom to develop engines throughout a season, while the likes of Yamaha, Honda and Ducati endure a development freeze. 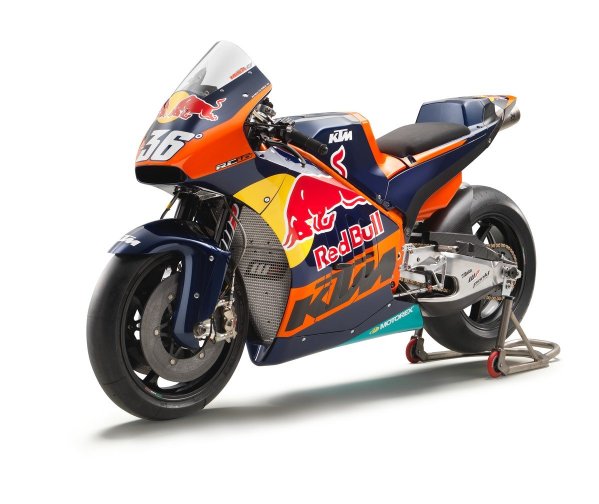 KTM engineers have opted for a V4 configuration to power the RC16 project, accompanied by a seamless gearbox and pneumatic valves. MotoGP rules stipulate 1000cc capacity limit and 81mm maximum bore, so the rest is down to factory engineering and trickery we’ll never grasp. According to full-time riders present at official tests (and, of course, the KTM testers), the RC16 isn’t shy of terminal speed and there’s no doubt the powerplant is the Austrian’s most positive trait. It’s how the power is smothered onto the surface beneath and electronic assistance in delivering 250bhp that’s the challenge to engineers. Back when KTM supplied engines to Kenny Roberts’ Proton squad, power was also never an issue. It sacred Shayne Byrne into submission with agricultural British electronics, although the RC16’s ECU is a spec’ Magneti Marelli.

Kurt Trieb is KTM Motorsport’s chief engine designer. Kurt leads a concentrated team of five working solely on the RC16’s motor. He also designed the original 2005 990cc V4 engine used in the KR project but this is an all-new motor, says Kurt.

“We started from scratch to try and avoid any mistakes we made back in 2005 – that’s clear. But for sure, you have to look at the old design. Anyway, I was very happy to begin such a project again and certainly it helps if you have collected some experience before!

“There are many advantages to go for a V4, in engine performance and mechanical reliability. I have experience with inline fours and the problems that come with those, so either way I was at ease with whatever decision was made. An inline four wasn’t considered to be a KTM characteristic. In the end we didn’t really have many discussions about what configuration to go for, but more on the angle of the Vee. A wider angle avoids the need for a balancer shaft. That sort of decision. 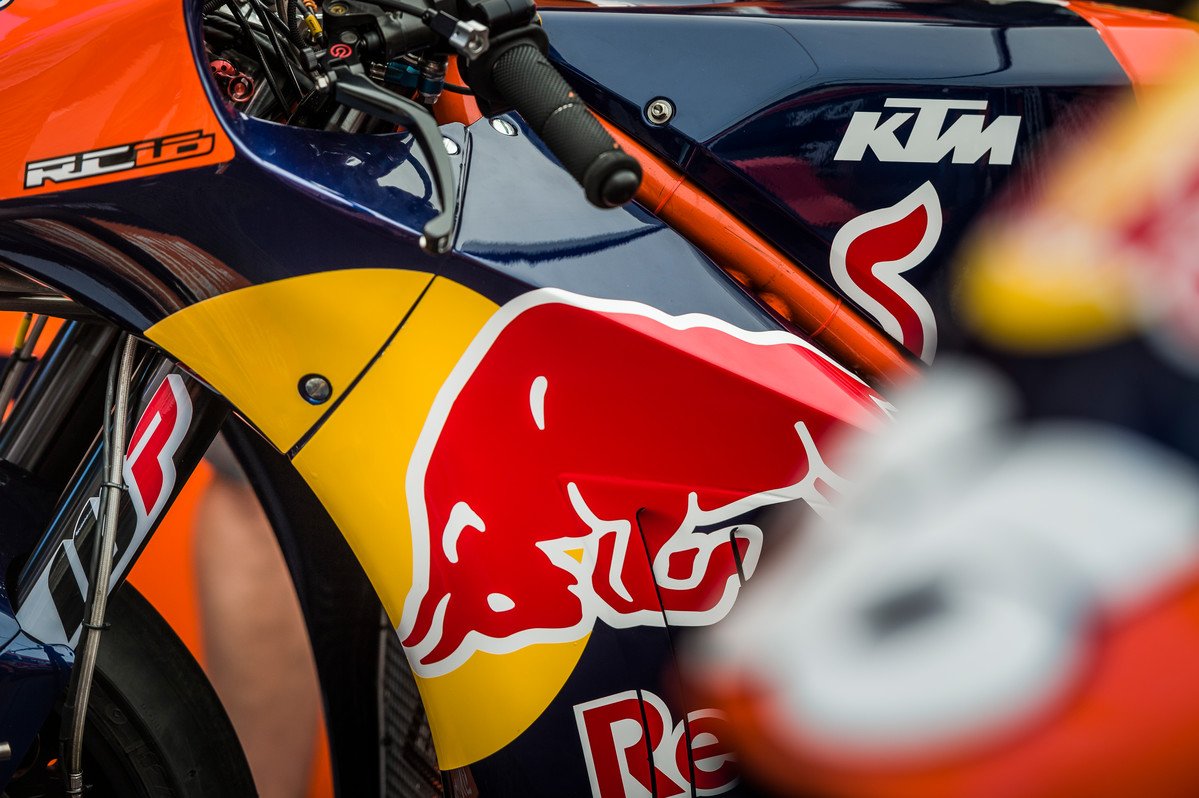 “It doesn’t make sense to build an engine that can reach 20,000rpm as the valve sizes are too small for this to gain anything. So there’s a natural maximum engine speed that matches with this bore, somewhere between 16,500-18,000rpm.We are in that range, but in addition to that you try to achieve a good power characteristic. For example, the slowest corner in Jerez sees the engine revs go down to 5000rpm. So if you have your maximum power at 17,500rpm for example, you need to consider a wide range of power to suit all tracks. Our first 990 GP engine really only worked above 8000rpm, so this was clearly a problem and something we have moved away from.

“You see Ducati with the most powerful engine and for instance Yamaha with less, but then Yamaha wins the race. That’s the compromise you have to find and be fast on every track; to set great lap times everywhere and give the rider a good feeling.”

Being ever so realistic, Mika Kallio isn’t going to win at Valencia or even make the top-10 unless it’s wet.  Then again, Donald fucking Trump is the US president, so anything can happen. KTM should be happy with any point-scoring ride in preparation for their 2017 riders’ first laps during the days following the final GP. Bradley Smith and Pol Espargaro will be primed and ‘ready to race’ (sorry), and we wish them good luck.

Risse certainly believes in the pairing. “There’s a good chance that when you put people on a factory bike and have a certain potential, they can really make another step up again and this is why they have come to us. They think so and we think so, and together we want to make it happen. It helps us to know that these guys can be at this level on their current bikes, they have proven this, and if we aren’t on that level, we need to work.”

Given KTM’s long-term commitment to MotoGP and, let’s face it, spunking millions of Euros in the process, we’d like to think there’ll be some RC16-based technology and investment filtering down onto the street, despite a resolute anti-supersport stance delivered publicly by the CEO a while ago. After spending some time around the team, there’s a tangible sense of fortitude, an infectious desire to succeed that spreads across the company, and that these boys and girls aren’t here to mess about or make up the numbers. Good luck! 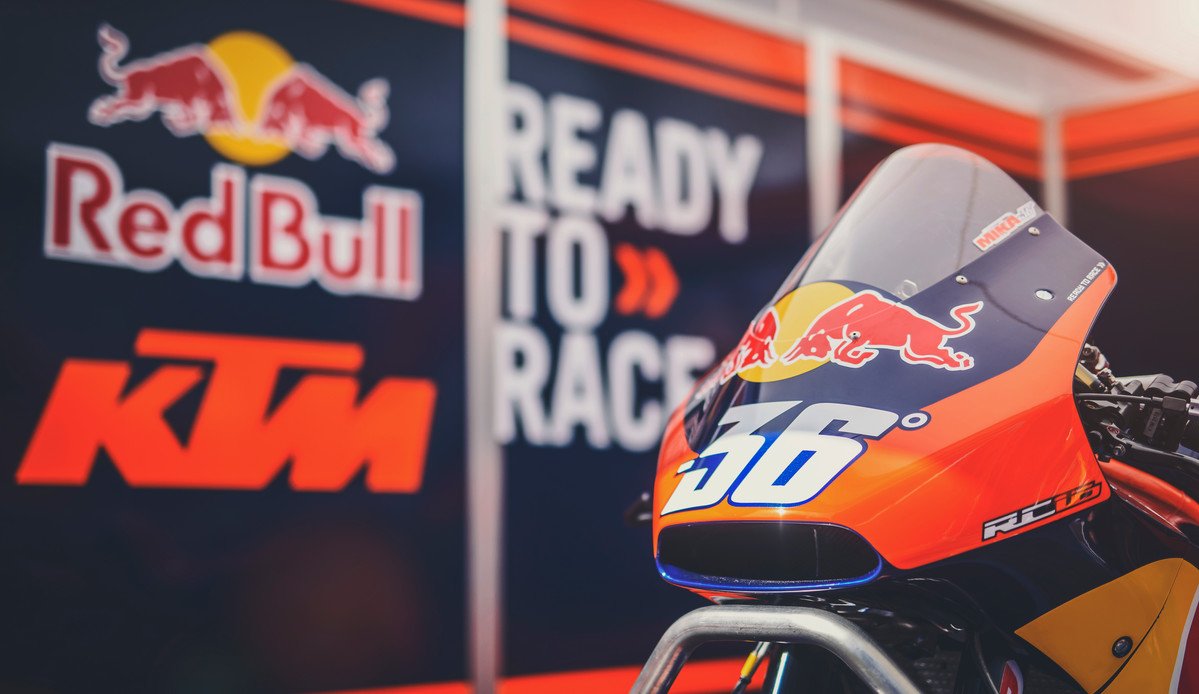