Bouncy, Bouncy, Up and Downy 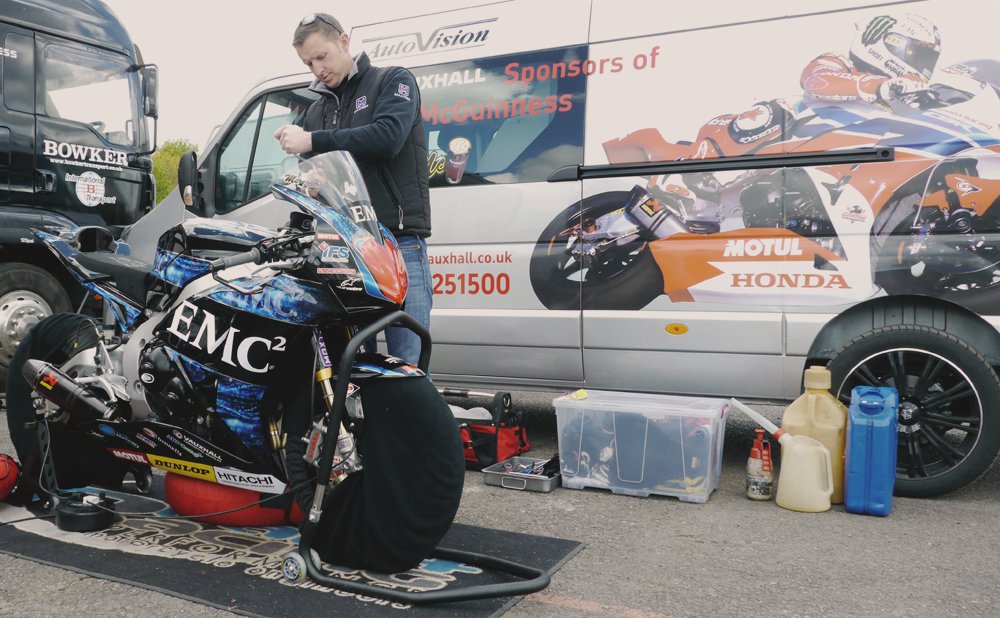 Hidden among the feast of factory superbikery at last week’s annual Honda/Dunlop pre-TT test at Castle Combe was this beauty: John McGuinness’ privately-run superstock Fireblade. On closer inspection of his steed, I noticed she wasn’t wearing the almost de rigueur golden suspension, instead dressed in purple kit – Maxton.

McPint is being welcomed to the Maxton stable for 2015, running his own superstock bike at the TT (and other major road races) and has chosen to run Maxton over Öhlins. Richard Adams – affectionately known as Magic Rich among racing paddocks – is Maxton suspension’s main man, and will be working with McGuinness throughout 2015. We caught up with Magic Rich at Castle Combe in between fettling McPint’s stocker…

“John can literally do three or four laps round here and say that the bike’s in the ballpark or it’s miles away. He certainly doesn’t need a lot of laps – we found that when we went testing in Spain. He’s ridden these ‘Blades since 2008, so knows them inside out and what makes them work. That was obviously a great complement for us, testing at Mireval with the best we can do against the best Öhlins can offer, and he chose ours.

“He’s always thinking TT, so there may be other advantages to Öhlins on short circuits but the set-up we were working on was for the TT and he preferred ours. Hopefully we can now do something with it!”

And with less than 30 days until the greatest motorsport event on the planet, what are the differences between short circuit suspension and a TT set-up? A common misconception is teams going softer to cope with the extra bumps and undulations. 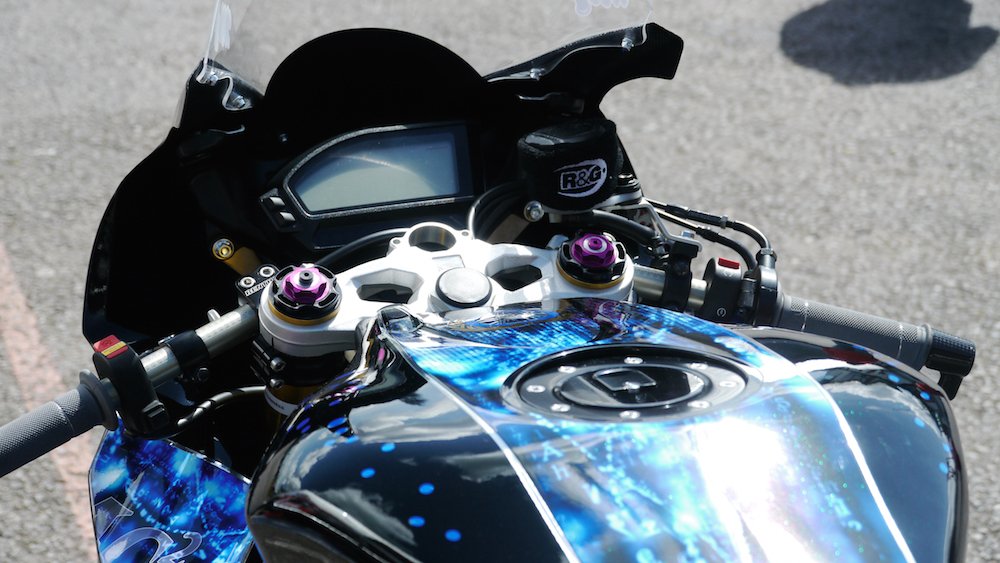 “What we tend to do is go slightly harder on the spring rate and slightly softer on the compression damping to cope with the bumps. The rebound damping will stay fairly similar. On short circuits, you support the bike a lot more with compression damping, because you can obviously adjust the clickers with a finite amount and get exactly the right support. You get a better set-up and a better feel for the slide on short circuits [with compression] but the problem on the roads is that the shock goes off – you’ll lose damping as the shock warms up and gets hot, and at the Isle of Man after 6 laps of the Senior TT it’s definitely going to happen.”

Given the unique abuse that a shock withstands at the TT, it’s no revelation to hear they can occasionally ‘go off’. Running more damping control with a softer spring means the shock will go up and down more frequently, therefore creating more heat and eventually overheating. Utilising a harder spring with softer damping won’t be affected as much.

“We’ve designed our valving to run on thinner oil. We have a special TT valving, which has harder compression and thinner oil, so as the oil heats up it doesn’t get any thinner – if you start with a 5w oil, it’ll reduce its viscosity down to a 2w, for example. Whereas if you start at 2w it can’t get any thinner, so our valving has been designed to run with this thinner oil so there’s less difference between hot and cold working temperatures.

“The TT is unique. It’s different from the North West 200, where you’ll get away with short circuit settings there and the same for the Ulster GP. It’s the longevity and the workout of the TT. It’s all to do with the friction of the piston(s) inside the suspension rubbing against the bore. Everyone talks about heat from the engine and ambient temperatures, but the heat build-up comes from inside the shock. Basically, the stiffer you can run the shock, the less it goes up and down, the cooler it’ll run. Some people think that if you run it too stiff, you’re restricting the valving: the oil is being forced through smaller, tighter holes and that’ll increase the pressure and the heat. But it doesn’t.”

Having raced with Maxton suspension over the years, I know how good the British firm’s kit is. Having someone like McGuinness onboard can only be positive for the Cheshire-based engineers, and might go a long way to convincing people that choosing gold isn’t the only option. 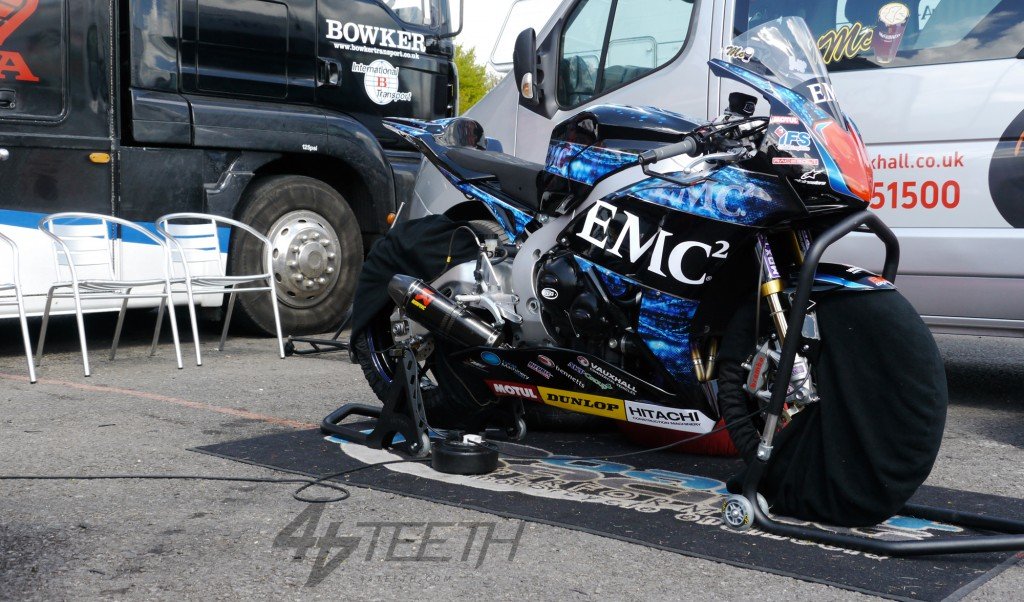