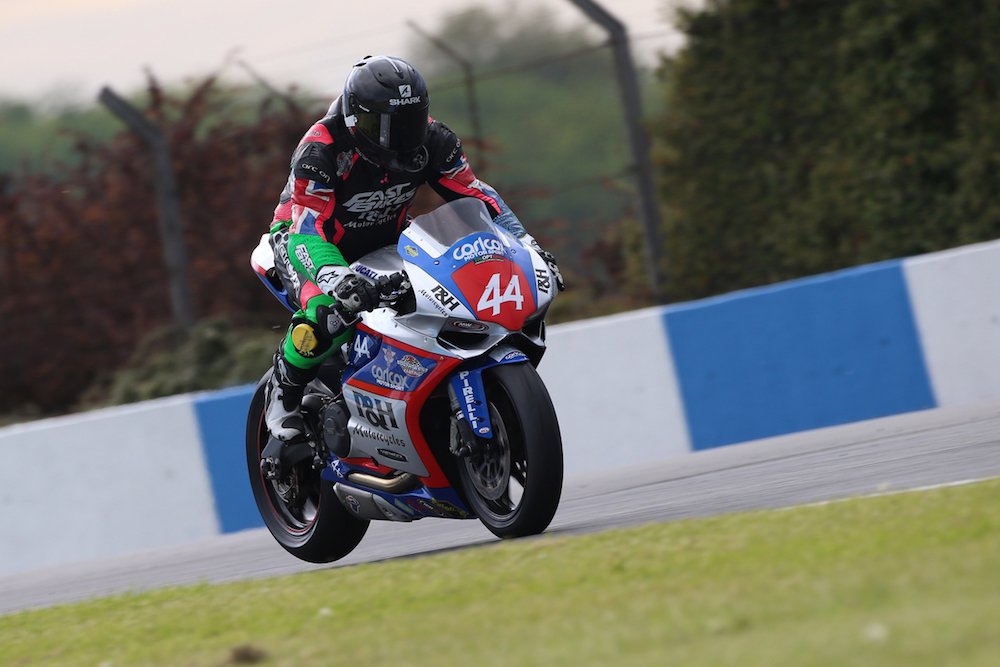 Power is nothing without control, so says the old Pirelli slogan. Power is also immaterial if you can’t stop the bastard. Braking is an overlooked aspect when it comes to modifying and upgrading, with many choosing to spend big bucks on hunting horsepower, snazzy suspension or, even worse, anodised bolt-ons.

Racing with a top team like P&H/Carl Cox Motorsport has numerous benefits, with one of the most significant being the boys don’t take any shortcuts – even if it costs them a fat wedge of money. It’s not uncommon in racing paddocks (including the upper echelons of MotoGP) for teams to gladly take the sponsorship cash from one brand, sticker the bikes but use another, superior rival component for performance intentions.

Despite having much cheaper (some free) alternatives at our disposal, I’ve been using Brembo’s Z04 pads over the past few rounds and now I want to eat them for breakfast, maybe even snort their dust. Nothing – absolutely nothing – can match the Z04’s instant braking enhancement. Master cylinders will cost roughly the same as a set of pads that might only last a few trackdays/races, while Gucci calipers can break the bank and still not offer the efficiency of these Z04s.

I’m not exaggerating when I say an over-excited grab on the lever could end up in A&E, and can now see why (some) pad manufacturers play it cool by touting their top-shelf race pads as ‘race only’ – probably down to longevity, working temperatures and, above all else, safety. The boost in braking power has also meant a stiffer fork set-up to cope with subsequent forces.

The Ducati 899 Panigale’s standard braking paraphernalia, which has to remain as per racing rules, is hardly inept (Brembos all round and garnished with Hel lines) but doesn’t offer ball-busting performance. The Z04s have similar amounts of initial grab as the stock pads but continue to grip harder as you supply lever input. They’re also beautifully linear, meaning your leverage is exponentially provided in output.

Prices obviously vary depending on bike and compounds, and source, but you expect to pay at least £250 (£125 a side). EBC’s GPFAX pad was my previous favourite and top recommendation to anyone wanting outright braking power and feel through the lever. That’s changed now, though you’ll have to pay for the privilege.