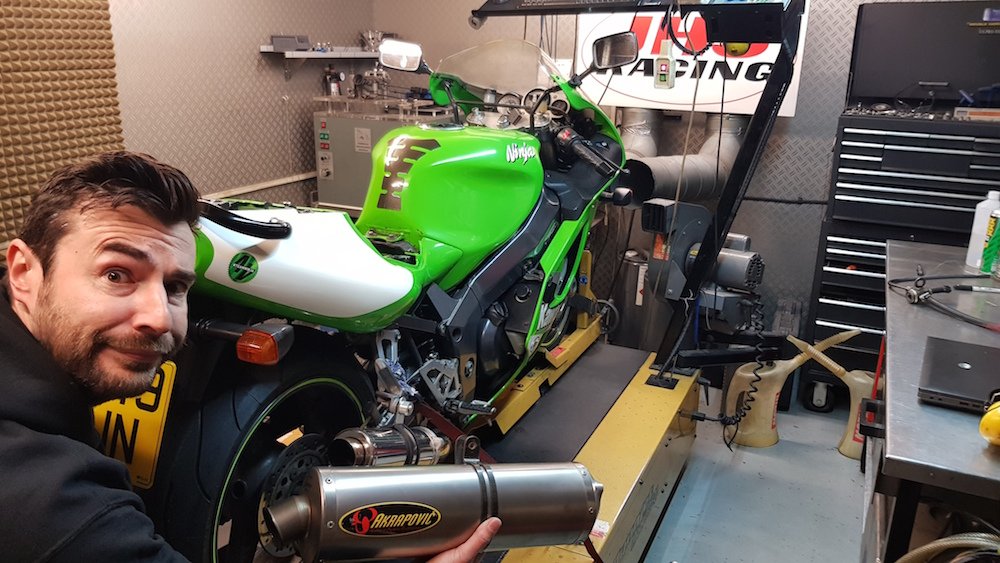 While the SRAD lays dormant at JHS Racing awaiting further surgery, and I plan the next haemorrhaging of spondoolies, Chris has been, erm, busy doing nothing with the ZX-7R. Okay, that isn’t strictly accurate, but he’s adopted a far more frugal/lazy approach to the Budget Bike Battle and even managed some winter miles. The bastard.

I suppose the clue is in the name – budget. Instead of frivolously spanking cash on parts that need replacing (like most normal people would), Chris dug out some old digi scales from his dealing days loft and began stripping non-essential items – and several essential ones – from the Ninja. And, as you’ll see from the video, it all got a bit serious.

Budget Bike Battle regulars will recall our little first ride reccy, where the 7R’s clutch was slipping like an over-moist fart and was left in a wake of SRAD exhaust fumes. Wemoto did us a fine deal on a replacement clutch and STV Motorcycles duly fitted it, as Chris has the mechanical nous of a dead badger.

Next up, speed testing. Hopefully.