What can we expect from KTM in MotoGP? 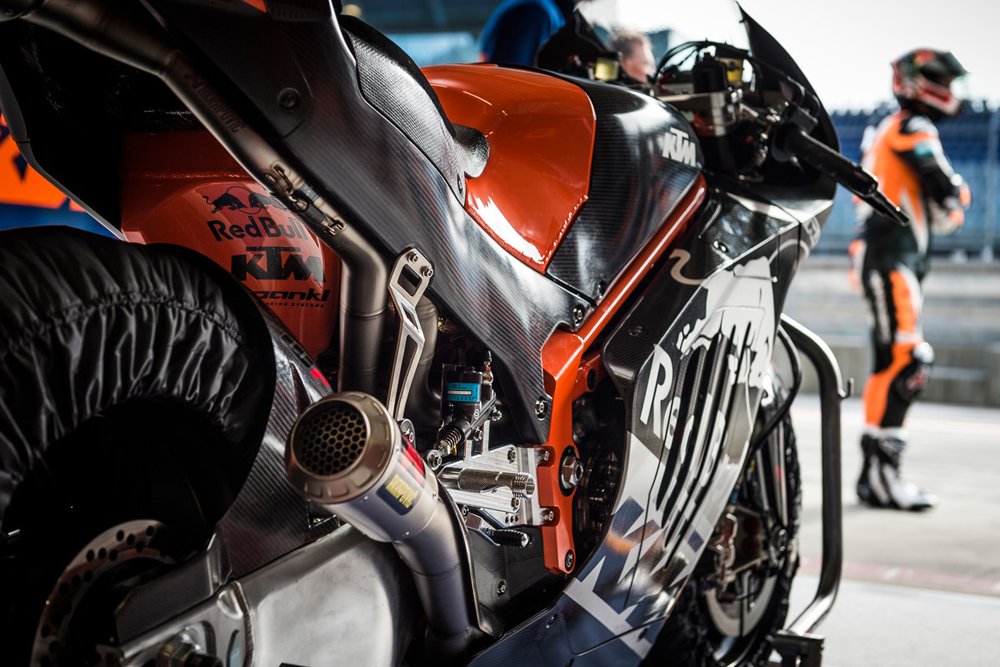 There I was, sitting in the hotel lobby, waiting for the shuttle to Losail circuit before qualifying and wondering how I was going to survive another day without alcohol in Qatar. Thoughts of KTM’s MotoGP project also meandered though my mind as, moments earlier, I was told that Bradley Smith had signed for the Austrians.

And would you believe it? Guess who then sat next to me in the aforementioned hotel lobby? Only Alex Hoffman, ex-GP racer, KTM’s RC16 test rider and pundit extraordinaire for German TV. Call it beautiful irony, call it fate, whatever; I had to ask him – apart from a sea of orange – what else can we expect from KTM in MotoGP next season. 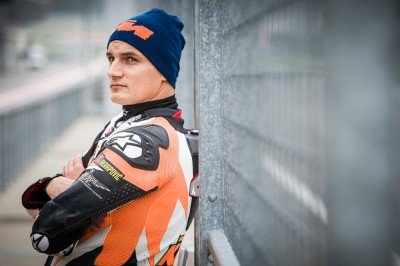 After years of testing for Aprilia, ‘The Hoff’ was the first test pilot confirmed for KTM’s MotoGP project and was also first to rollout the RC16 at the Red Bull Ring in October last year, joining Mika Kallio and Randy De Ruinet. “Because of my TV work at GPs, I’ll be at 50% of the tests I think. My main job will be the dirty work [I laughed, he didn’t], getting a direction for electronics. I’d say that’s my strong point.”

So where is the bike right now and what needs improving? “Well that’s hard to judge right now. To be honest, I was very surprised at how good the bike was at the rollout. As testing works, you always encounter problems at one point. The last two tests we had bad luck with the weather, no constant conditions. All we wanted was three dry days, throwing tyres at it, and bringing it to the limit, which hasn’t happened yet.

“What I can say at this point is there is no big issue or an area to work on. I’m sure we always have to improve all parts of the bike, it’s a constant process, but there’s nothing that KTM has to really redo again. The first attempt at a MotoGP bike that’s built all in-house looks pretty good but we’ll have to wait until the middle of the season after more testing. Power is there, there’s no question of that. Putting it down on the floor is the biggest issue with any GP project.” 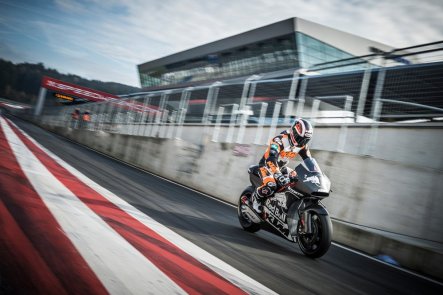 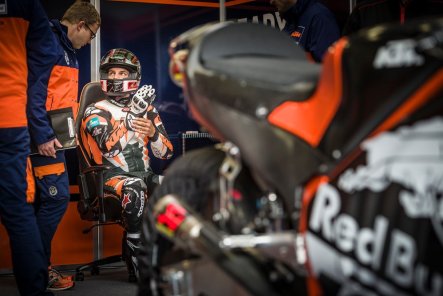 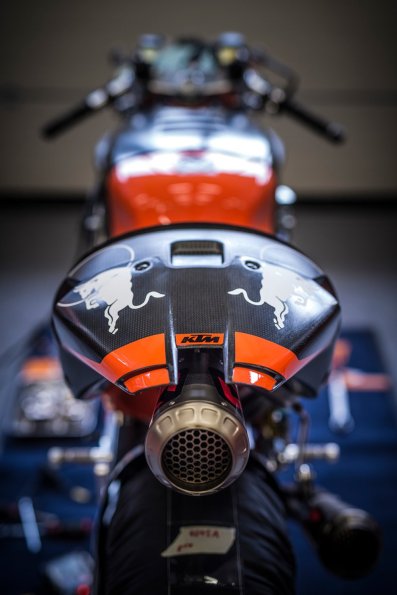 While World Superbikes struggles with factory involvement, MotoGP will boast nearly every major manufacturer on the grid in 2017. KTM’s ‘Ready to Race’ slogan will be pertinent one on its debut, although there’s a feast of experience with Austrian, Mike Leitner (Dani Pedrosa’s ex-crew chief of nine years) heading a proficient crew attempting to refine V4 power, pneumatic valves and seamless ‘box, housed in a steel trellis frame.

“It’s a big bunch of people with lots of experience that seem to harmonise quite well,” says Alex. “From a human side, it works well. There’s a very short distance between technicians, budgets and decisions, and it’s kind of like the passion of the Italians and the preciseness of the Japanese, so it’s a different approach to MotoGP but it’s great to be a part of it.”

And it sounds as though Mika Kallio will race the RC16 at the final round at Valencia this season. “If they go to Valencia with Mika Kallio, the bike has to be at a certain level. It’s hard to get a test rider at the level of Casey Stoner because there are only five or six people on this planet with those skills. Some guys are so good at riding round problems, there’s a question of how much they can actually help an engineer. I’m sure they’ll go Valencia within a margin that’s acceptable for a first race, and then it’s the next step with contracted riders.” 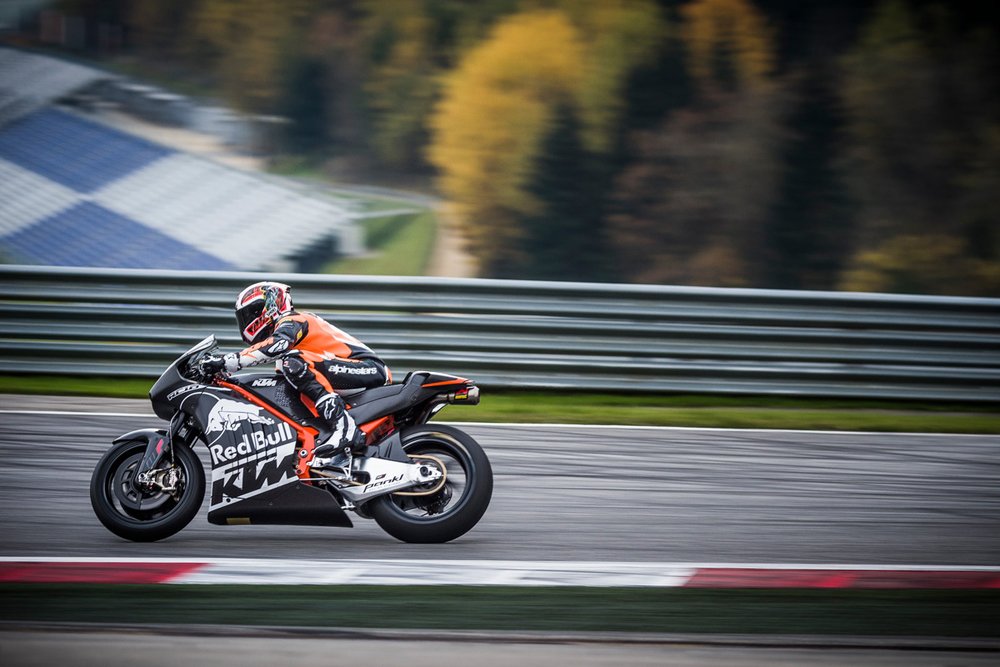 There’s no doubt KTM knows how to build an incredibly sexual chassis, as proven with the road-going RC8 (in many eyes, the best mass-produced chassis created) and the Moto3 project. And we’ve heard from the horse’s mouth that power isn’t the issue. Vital to KTM is attracting the highest calibre of rider possible, and Bradley Smith ain’t a bad start.

I’m not alone in writing off Bradley Smith several years ago. Many assumed that management and Monster Energy dollar placed him on the satellite Yamaha, yet he’s more than proved his worth with Tech3, regularly spanking his team-mate over the years and cementing top satellite rider in 2015. With factory seats filling up/being confirmed fast and becoming rarer than rocking horse poop, a full-factory orange steed in 2017 ain’t a bad option either… 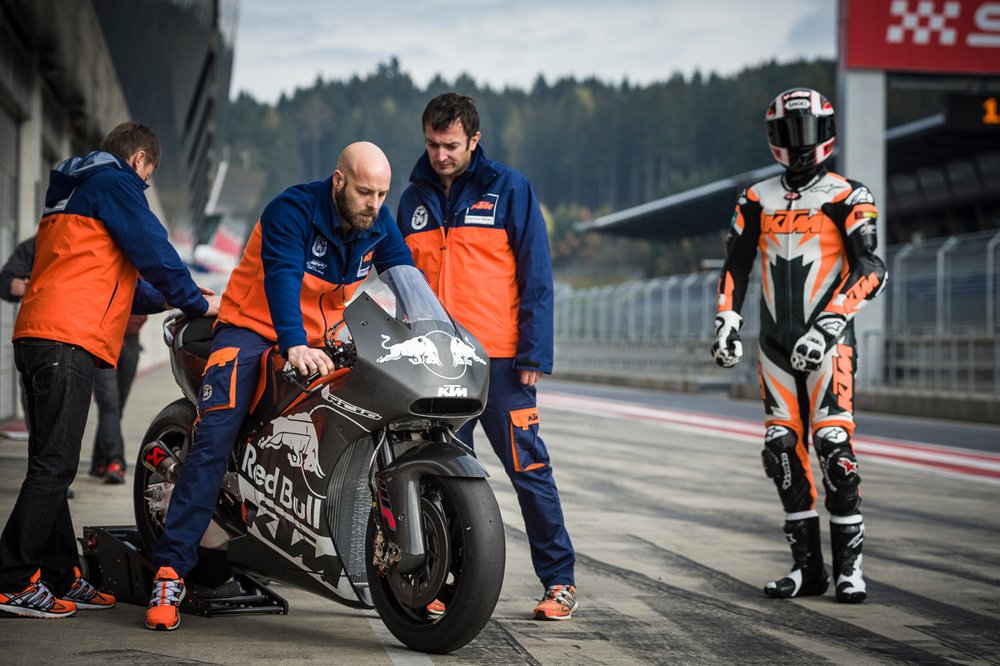