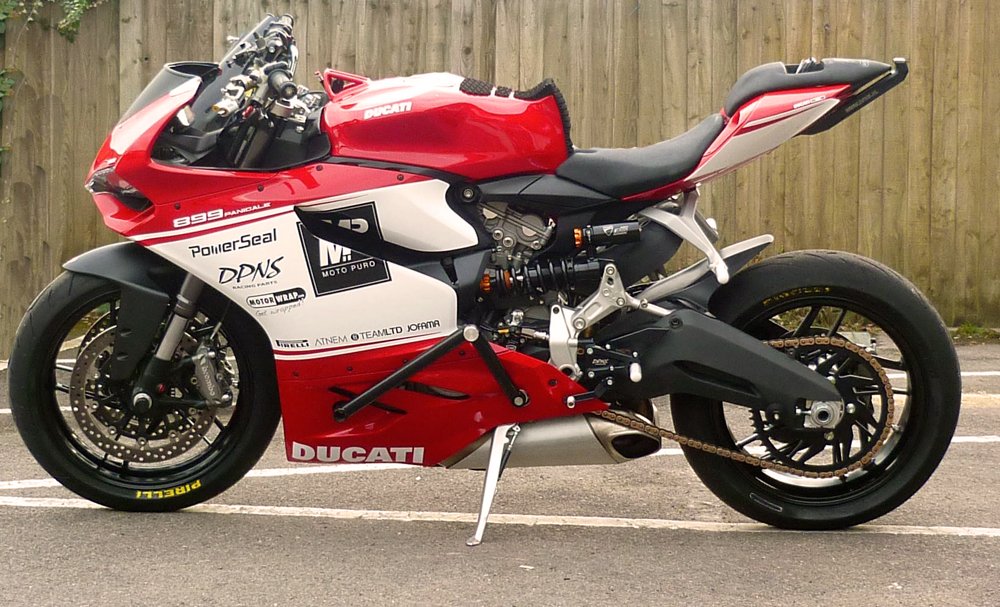 Ducati’s fickle 899 Panigale isn’t a seemingly obvious choice for a stunt rider, although it is for Dutchman Jeremy Vonk. We were alerted to this Desmo splendour by our buddies at Moto Rapido, who had the extra special 899 in for some ECU rejiggering.

Wilf: “The 899 has a very sophisticated tickover control, almost like an anti-stall mechanism that opens the throttle butterflies at low revs to stop the bike cutting out – you won’t notice it working though. It uses four different strategies in its ride-by-wire system to do so.

“We had to remap the ECU in each gear, for each riding mode, so there are 21 different options to reconfigure. Jeremy uses each one to manually adjust tickover and engine characteristics, although its base setting is around 2,000rpm.”

The 899’s ECU is pretty clever, so all the weird stuff that Vonks does to entertain the crowds isn’t necessarily entertained by the Ducati’s electronics. The Panigale’s safety features had to be bypassed in order to stop things like the ABS going mental when JV’s front wheel is travelling a ton faster than his rear wheel, and vice versa. The 899 doesn’t exactly enjoy time on a dyno, so I’m sure it throws a wobbler when some crazy Dutch dude starts throwing shapes.

It’s hardly a garage lash-up either. The bike is rumoured to have cost around €50,000 including all the work done at Moto Puro in the Netherlands, and check out that rear brake assembly: one caliper works via the R/H foot lever, the other by the trick multi-lever on the ‘bar. And just look at that gearing… 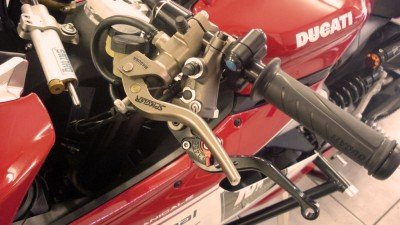 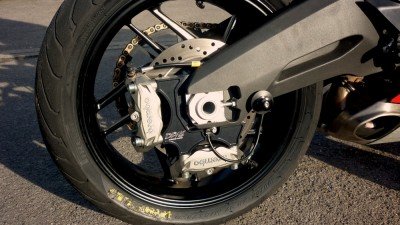 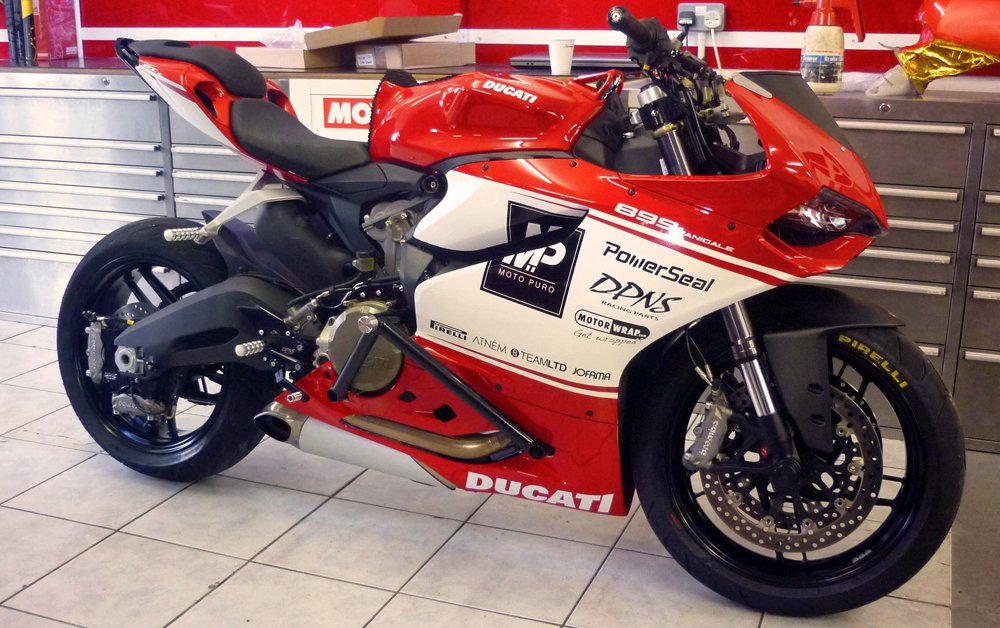