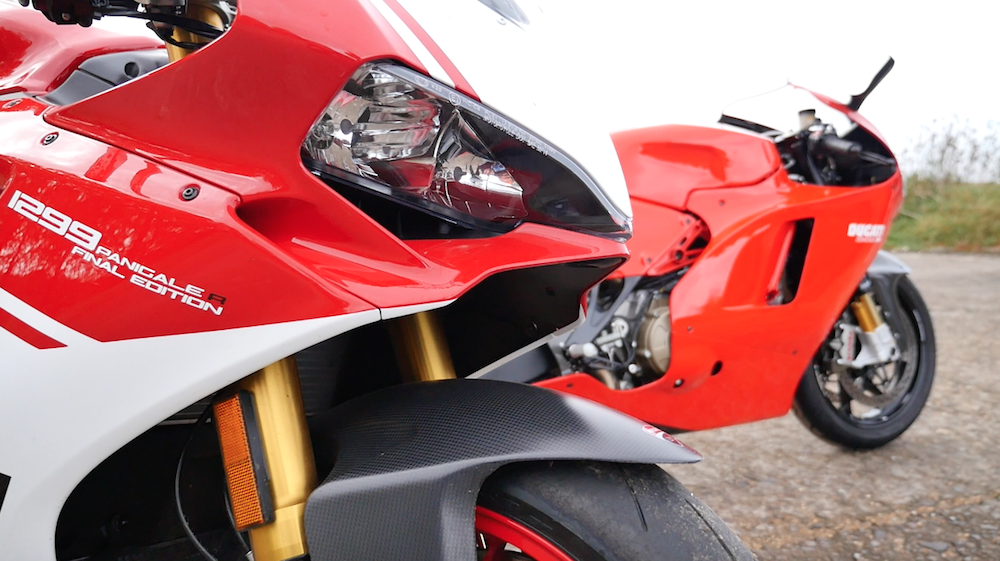 I don’t care who you are, what you are or where you are, nothing arouses your erogenous zones like a Ducati Desmosedici D16RR – either in the saddle or gawping as a bystander. The V4-powered GP replica was released in 2007 in splendiferous affair and a hefty amount of the 1500 built ended up here in Blighty. So, we were lucky enough to blag one for a day of gentle spankage on the roads around the pagan fly-tipping site of Stonehenge.

Of course, for economic and longevity reasons, this ain’t Loris Capirossi’s GP6 but it sure as hell sounds like it at any given throttle opening. Many lambasted Ducati for omitting an electronics suite to mirror the GP racers, although rider aids and other technology wasn’t present on road bikes of its time and it’s brimming with Gucci components anyway. Then again, when a bike costs just over £40,000…

10 years after its release, Ducati finally says goodbye to V-twin L-twin engines to power its top-shelf superbikes, in favour of the much-anticipated V4 powerplant. To honour this milestone, Ducati released the 1299 Panigale R Final Edition – a snip at just under £35k – for the ultimate collectors’ piece and it just so happened that we managed to get the pair together. Imagine riding though the Hampshire countryside, scaring old people on two of the hottest bikes ever created? No, neither did we.

This isn’t a review. More a celebration of all things Desmo. Enjoy.