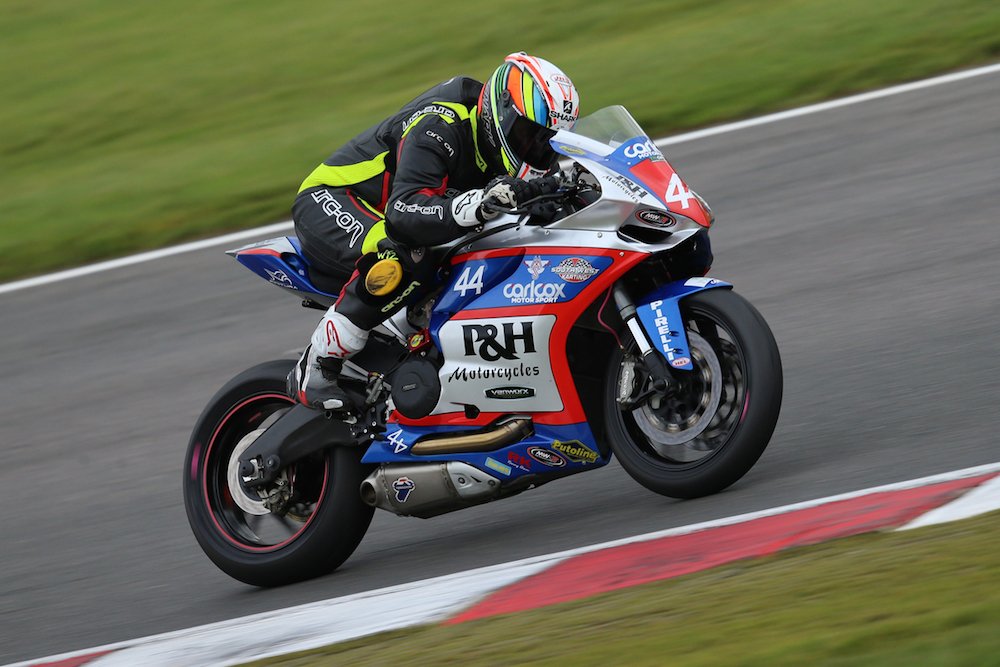 I’m suffering with an almighty hangover of doom after getting absolutely bungalowed during the end-of-season festivities at Brands Hatch (mainly the Tsingtao tent and free beer), which utterly ruined me. You know, jumping in a wheelie bin with a few mates and rolling down Paddock Hill at 4am kind of ruined? Ergh…

While every other British Superbike class was decided, the Ducati TriOptions Cup went down to the final race. My P&H/Carl Cox team-mate Leon Morris trailed Robbie Brown by six points as we started the 2015 finale at Brands Hatch GP circuit.

It was cold, wet and fucking miserable on Friday. Free practice was all about sussing the abysmal grip levels and staying onboard, and I wasn’t too fussed about finishing 17th.

Qualifying later on Friday was still wet but there was a drying line for most of the lap, still too moist for dry tyres. For some inexplicable reason, my fastest lap wasn’t counted. The timekeepers reckoned I passed the chequered flag twice, which was a load of old horseshit but my protests were futile. Instead of starting 9th on the grid, I was 15th. 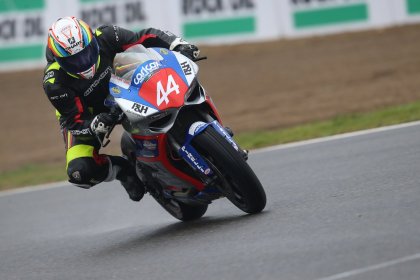 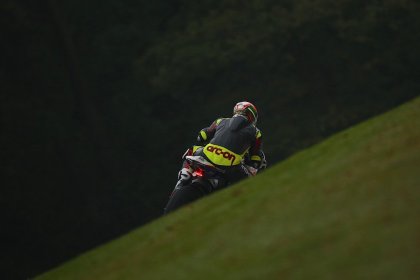 The worrying thing for the team was the fact that Robbie Brown was so blisteringly rapid and much faster than anyone else in all conditions. Meanwhile, my other team-mate, Dennis Hobbs was forced to withdraw from the weekend with a hurty shoulder and nerve damage, meaning he couldn’t feel his fingers after a few laps.

For me, Saturday’s race involved the usual mid-pack melee and very little racing etiquette. Having had zero dry track time, set-up and gearing was all about guesswork but my bike felt beautiful and the result didn’t highlight our pace. A race-long battle with several riders ended up with a cracking 17th place finish. Yay. 15th place was less than a tenth of a second ahead, which gives you some idea of how intimate things were.

At the business end, Rob Guiver took the win from Robbie Brown. Leon was third and properly pissed. 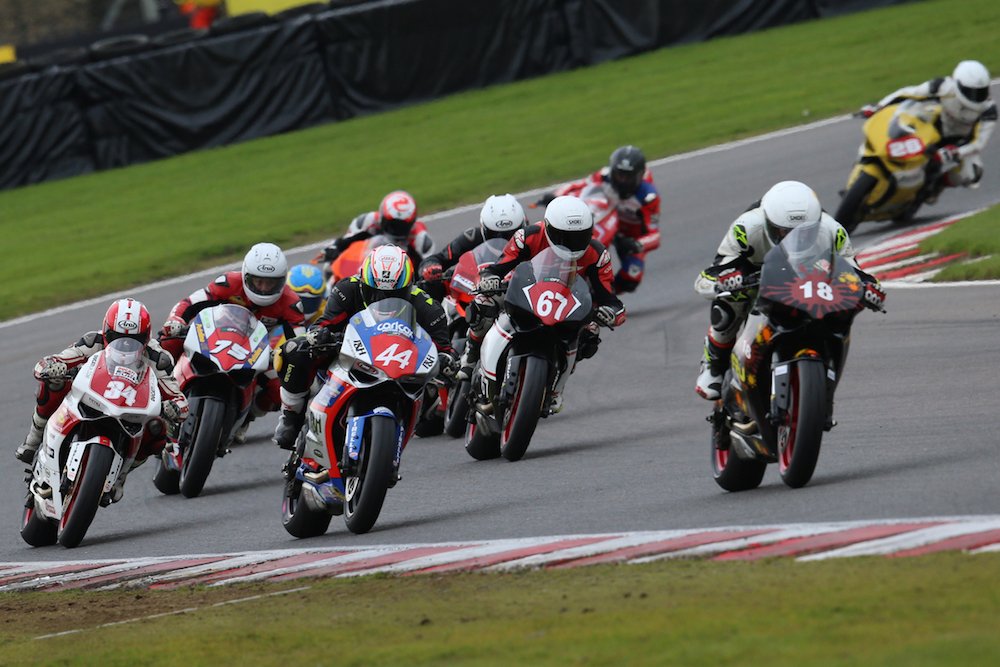 Overnight rain meant the track wasn’t going to dry out for Sunday’s race, so we had horrible inbetweeny conditions and tyre selection conundrums. Most of the grid opted for full wets, whereas only Leon, Robbie and myself gambled on a dry rear hoop.

In the words of Cher, if only I could turn back time. The boys at the front had more of a choice on lines, whereas I was buried mid-pack and forced to tackle damp patches with only a Supercorsa and the 899’s traction control to rescue me. Having dropped down to 25th and riding like a complete wanklord, the dry tyre came to the fore after 4/5 laps and I managed to bring it home in 16th. Robbie Brown won the race…and the championship.

Poor old Leon. He should have been named Randy Mamola or Dani Pedrosa, the proverbial second place man. But props to Robbie, he’s deserved the title after coming back to the series and upping the pace.

Although Leon missed out on the championship, my P&H/Carl Cox Motorsport team bagged the dealership championship for a second consecutive season. These boys are amazing. 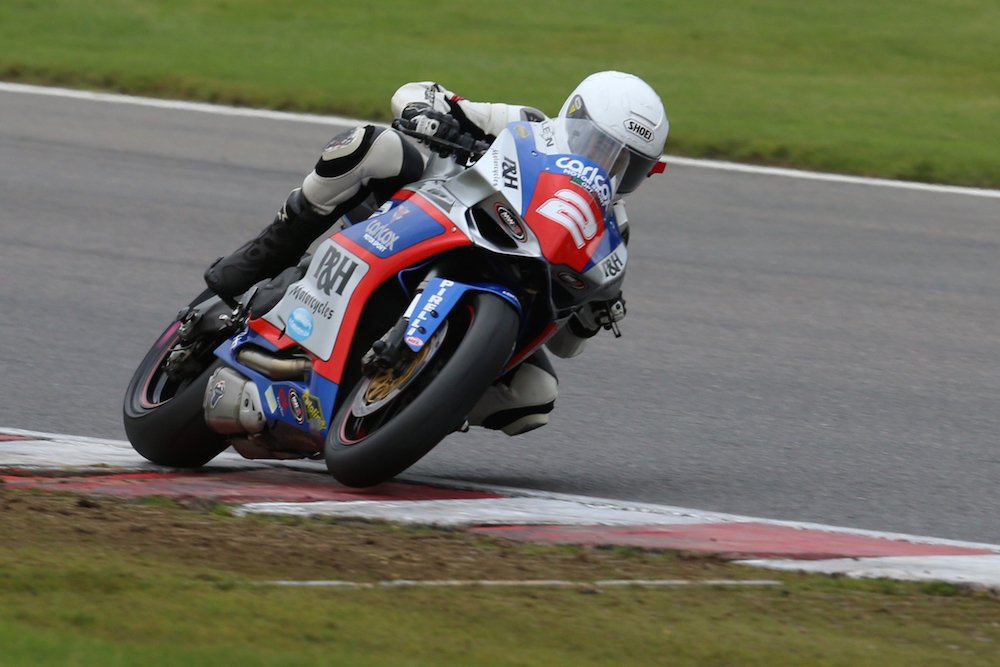 In terms of results, I’ve had a shocking season: epic underachieving of the finest order, lacking confidence and nothing has clicked. In terms of fun – which is the reason most of us started to ride motorbikes – I’ve had another awesome year with some great people, and the Ducati Cup’s pace has swelled massively. I hope to be back in 2016…

Without these sexy people, I wouldn’t have been able to compete in 2015.