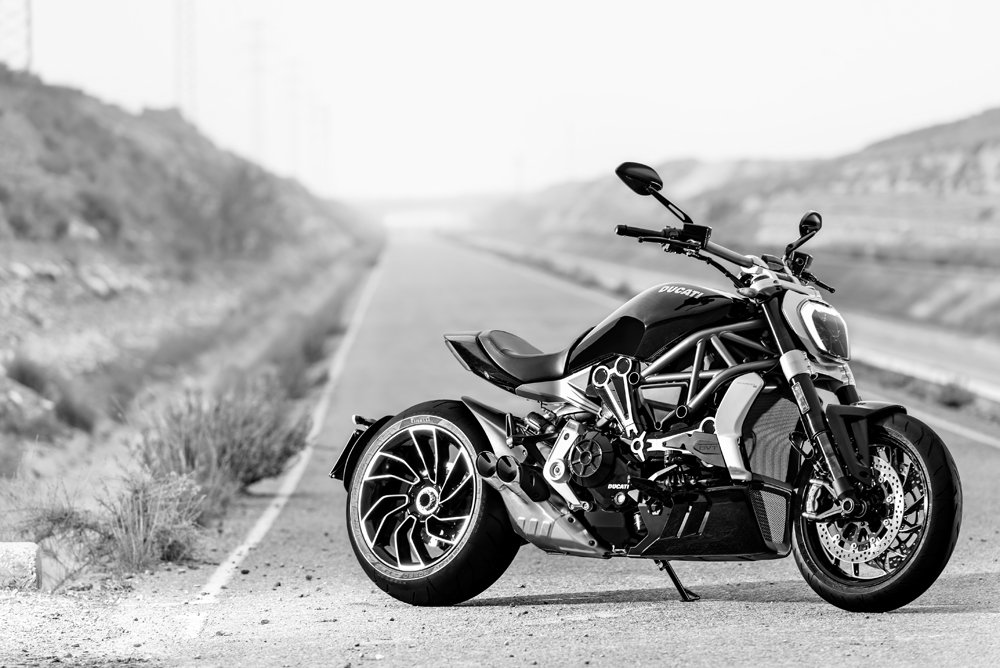 If ever there was a bike that elegantly depicted violence or ram-raid strategies without turning a wheel, it’d be the Ducati XDiavel. Or Diavel X. Or X, or something. It’s the kind of bike Ross Kemp would ride around vexing nasty gangs, wielding firearms and screaming expletives. As per usual from Bologna, it’ll be available in the base model or the super-bling S version pictured above.

Much is made of ‘low speed excitement’ in the press bumph, though the Diavel was a riotous ride in previous guises, belittling its cruiser aesthetics and will only be sportier in 2016. We could dedicate an entire website to the X’s armoury but, believe it or not, there are other bikes to write about and I want to go to bed tonight… 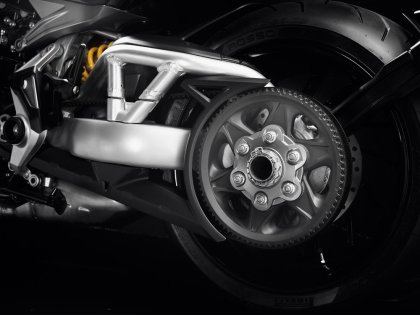 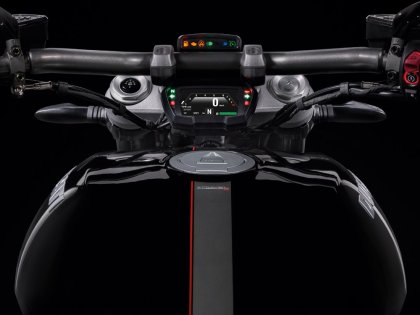 Let’s condense the workings: other than its eye-candy offerings, the highlight has to be the DVT (Desmodromic Variable Timing, which you have to sample for yourself) 1262 motor that’s been heavily doctored from the Multistrada, and the small fact it’s now belt-driven – VERY unlike Ducati. The Multistrada’s engine is mental, so this should be another level of padded cell with power on tap anywhere in the range.

At 5,000rpm, the DVT motor produces its maximum torque of 128Nm, which is enough to ignite fracking a small county. It then goes onto produce a claimed 156bhp in frenzied DVT fashion. The longer stroke motor has a higher compression ratio among other refinements. Another sexual soupçon we like is the hidden coolant hoses, as the water pump is now inside the cases. Does this mean a proper naked sportsbike utilising this motor? 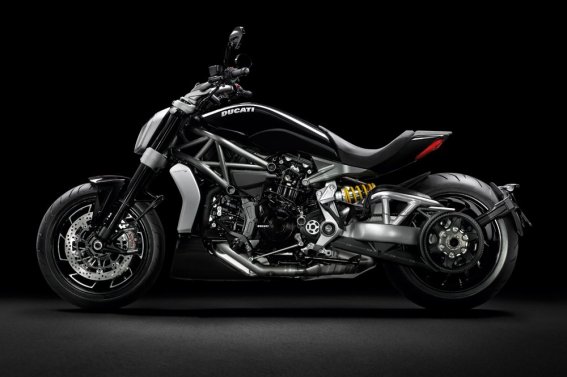 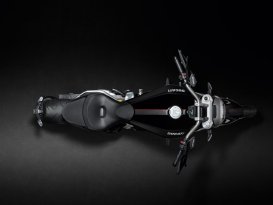 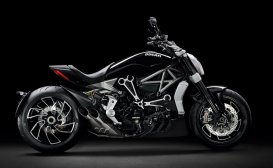 According to Ducati, the XDiavel has 60 ergonomic configurations via four different peg positions (sporty to full-mince cruiser), five seating options and three handlebar positions. The X features a very similar overall chassis to the previous Diavel, with super-sharp geometry numbers at the front to offset the 240-section rear wheel and long wheelbase. 50mm Marzocchis sort the front, while a Sachs shock supports the botty. Brembo M50s adorn the S model.

As with the ‘old’ Diavel, there are three riding modes: Sport, Touring and Urban. Electronic highlights on both X models include a Bosch Inertial Measurement Unit and Ducati Power Launch – aka, launch control that’s easily activated via one button on the switchgear. I can almost bet a bollock on the XDiavel churning out regular 2.5s 0-60mph stats, making it the ideal urban supercar smoker.

By the look of this, Ducati has already owned the Milan show – you wouldn’t argue with the X 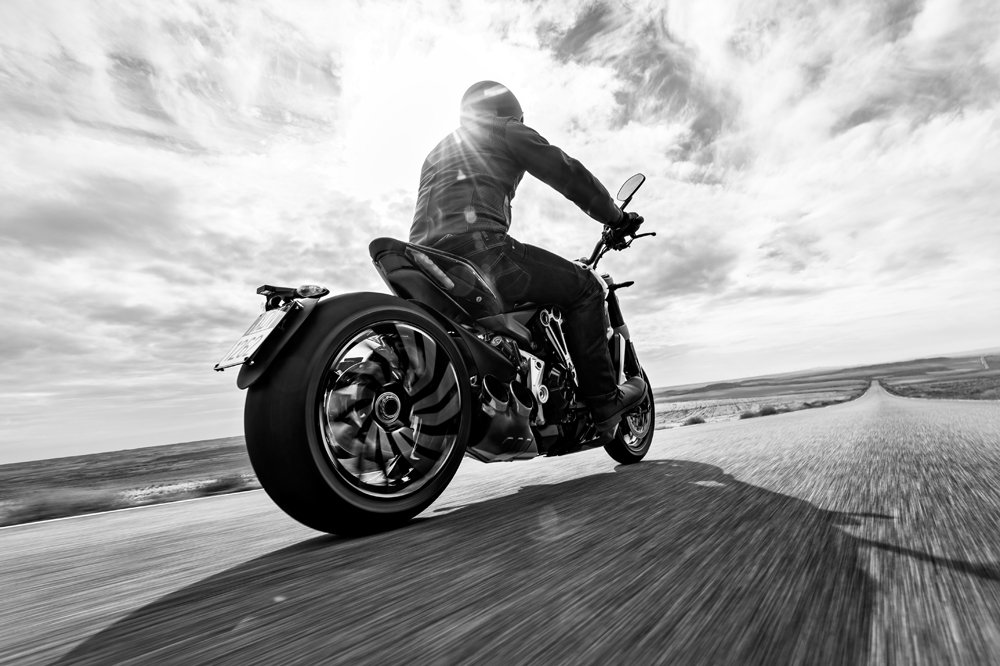