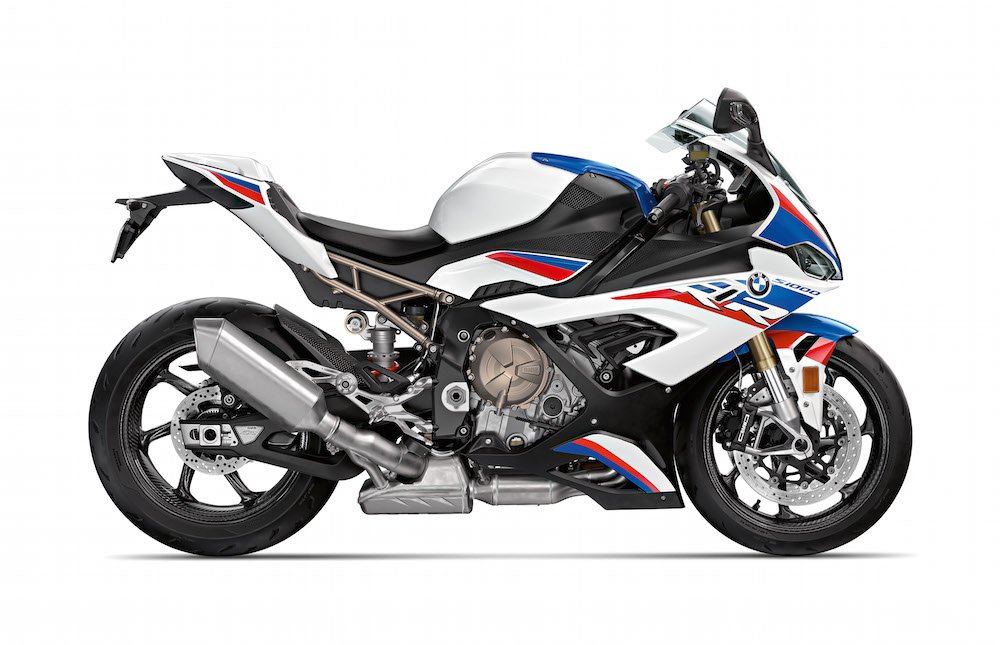 Here it is sports fans; perhaps the most eagerly-awaited sportsbike model update for years. You’ve probably seen some shit internet pics being tossed around in recent weeks but the 2019 BMW S 1000 RR – thankfully – looks pretty sexual in production trim. And with actual paint.

The completely new engine itself weighs 4kg less than the old lump and features BMW’s ShiftCam Technology – already debuted on the new GS – which varies valve timing and valve stroke, and allows a wider spread of power for longer; apparently “at least” 100Nm of torque from 5,500rpm to 14,500rpm. The previous incarnation was hardly short on useable power parameters, so this technology is juicily intriguing. The ShiftCam begins work at 9,000rpm and works in conjunction with variable inlet trumpets. 2019’s must-have is obviously variable valve technology… 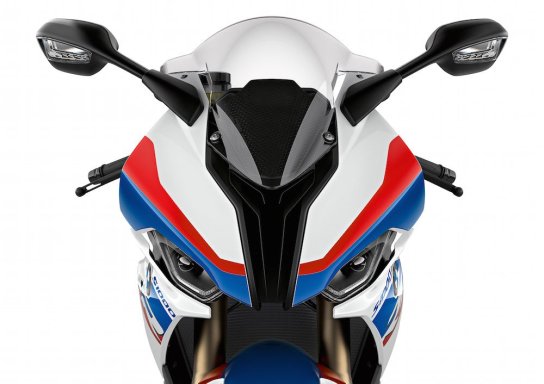 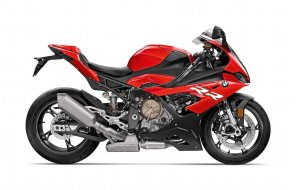 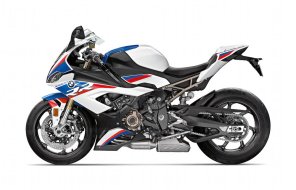 Other motor upgrades include titanium hollow-bored intake valves (a world first in production), which are activated by DLC-coated rocker arms that are 25% lighter. This allows the redline to be upped to 14,600rpm – some 2,000rpm short of Ducati’s new V4R. Cams are now powered directly via the crank (which means fewer moving parts), while the water and oil pumps are now merged. For 2019, BMW has also allowed a much easier way of reversing the gear pattern for tracks/racing – a real gripe with the previous model – and the throttle bodies are split, meaning a world of power and electronic options.

An all-new aluminium bridge frame still houses the engine at a 32-degree angle but the engine forms more of load-bearing structure. With a fresh headstock assembly and new chassis layout, the 2019 RR is 13mm narrower where you grip your knees – as if you were cracking a nut with your botty. The weight distribution has also changed; more weight on the front from 52.3% to a whopping 53.8%. Nosey.

BMW engineers wanted more agility, feedback and precision for better mechanical grip at the rear-end, so the steering head angle is now steeper (by 0.4 degrees), offset by a 9mm longer wheelbase to 1,441mm. An all-new underslung swingarm weighs 300g less than the old unit and, as you’d expect, the linkage system has been completely redesigned to suit, utilising BMW’s Full Floater Pro Kinematics. 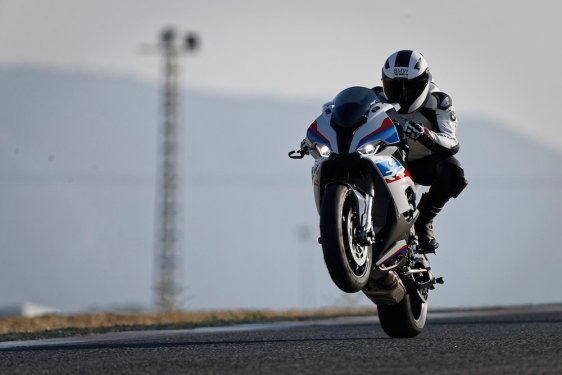 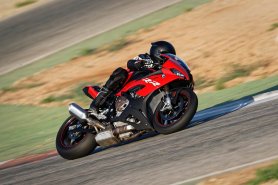 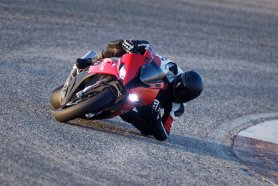 The fork diameter is now 45mm (previously 46mm) and comes with more modern closed cartridges, while the rear shock gets a larger 46mm piston, and both ends come as standard with refined Dynamic Damping Control semi-active suspension. New rims also shed weight, weighing 1.6kg less, and there are forged and carbon alternatives as part of the M Performance package.

BMW is the only manufacturer still using its own electronics in WorldSBK, so the new RR surely benefits from this. A new 6-axis ‘sensor cluster’ (IMU) regulates revised rider aids, including DTC Wheelie Function which now comes as standard. Rain, Road, Dynamic and Race are the four modes available, with Race Pro again being offered as an extra for racier electronic fine tuning – you also get Engine Brake options as part of the upgrade. Of course, you also get Launch Control and a Pit Lane Limiter. And, wait for it, the 2019 S 1000 RR comes with Hill Start Control. We all laughed when the original RR came with heated grips… 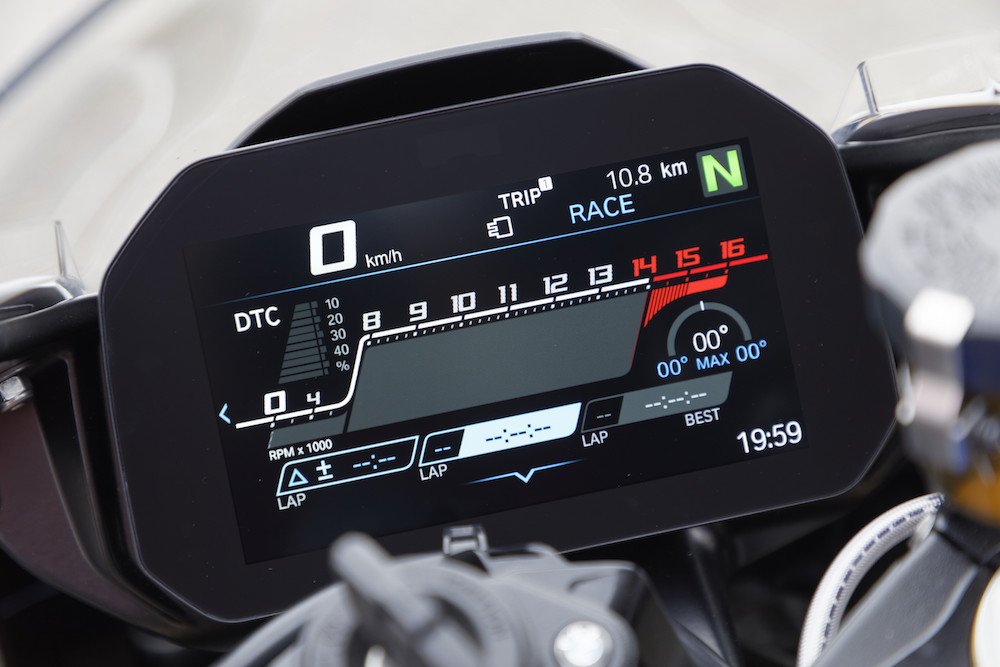 The throttle is now ‘full-e electromotive,’ meaning it’s basically fully electronic which gives an even lighter action, and BMW has also finally ditched the old skool clocks and opted for a rather swanky 6.5-inch TFT screen.

Of course, being BMW, there’s an onslaught of performance enhancing upgrades via the M Performance range; everything from carbon wheels, rearsets, and lightweight battery, to remote brake adjusters and seats. And the price? No confirmation as yet but we’re hearing rumours of the base model starting at around £14,000. Bargain.

In the press guff, BMW reckons that “Our fascinating brief was to take the predecessor model – which has been a dominating force in all disciplines for 10 years – and significantly improve on its performance.” Mmmm, not strictly true now, is it? While it’s unquestionably one of the best road bikes out there, and won every superstock championship going, the RR has proven to be a bit of a munter in superbike trim with no world titles in 10 years of competition. The 2019 BMW S 1000 RR looks set to change that… 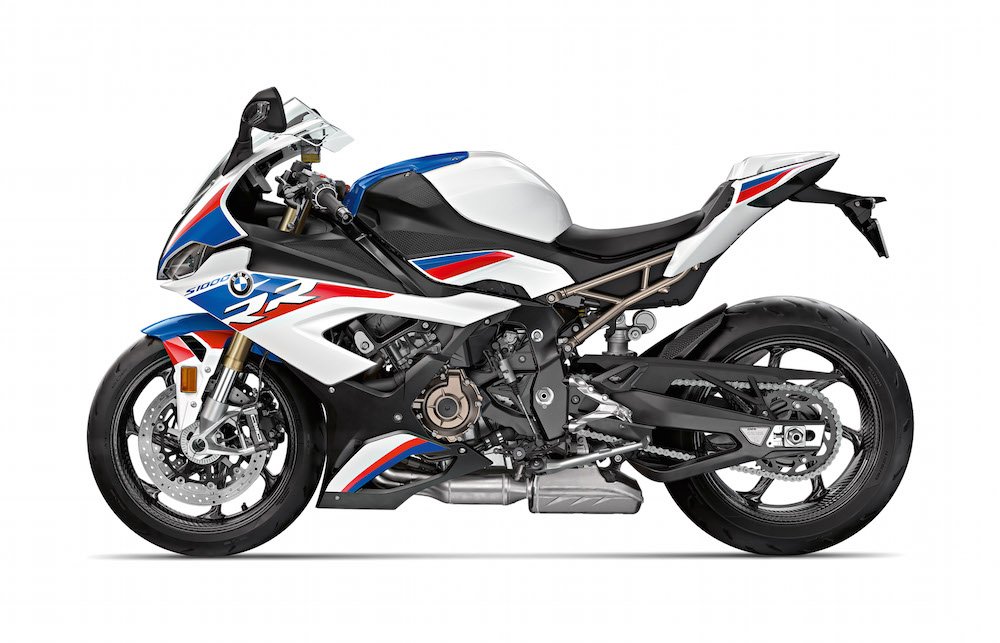