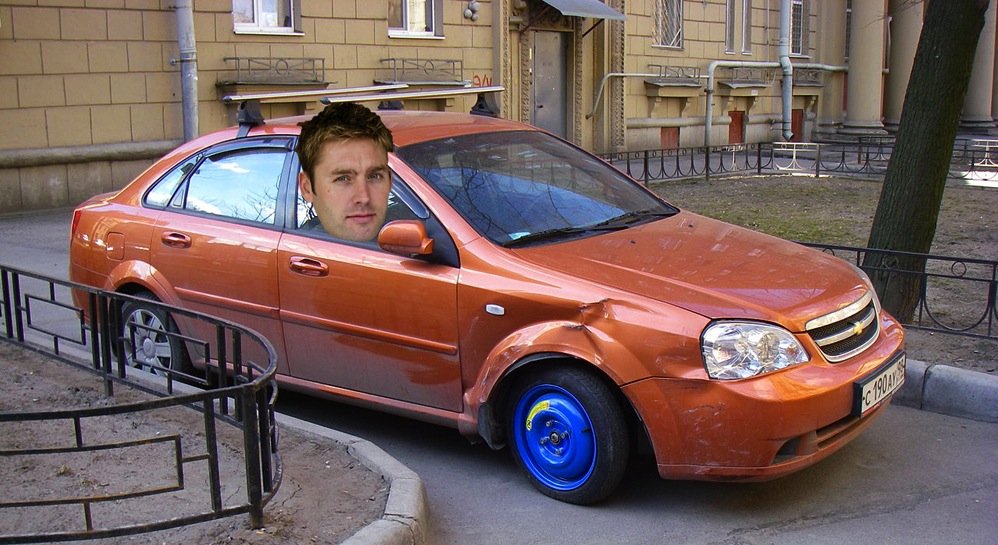 “We were in southern Spain at a pre-season test with Red Bull Ducati. Ben Atkins (team manager) didn’t like hire cars being damaged, and I’d had a few warnings not to muck about.

“We were on our way back from Cartagena and in the old days, you used to be able to drive off the side of the access road and make an overtake. John Reynolds was my team-mate and he had his mechanics in his car. I had my crew in with me. I thought, ‘right, let’s do this.’ I came off this little road and it was like a rally track. You know what Spanish roads are like? Well the tarmac just stopped and there was a lip. Reynolds saw me and accelerated, and at the last moment two of my wheels hit the lip and burst both tyres.

“He didn’t realise, so Reynolds fucked off. We obviously only had one spare, so changed one and made sure the lads were leaning over the good side of the car to keep the weight off the blown tyre.

“By the time we got back to the hotel, it was absolutely fucked – metal was sparking, there were scraps of rubber on it. It was a Seat Ibiza or something and I remember being outside the hotel and looking around to see about nine of them in the vicinity. I thought, you know what, when it gets dark, I’m going to swap that wheel with someone else’s.

“I came downstairs a few hours later, got the jack out, walked up the road a bit and found another Seat. I was halfway through cracking the nuts off this wheel and I hear. “Oi, James! That’s my car!” I look up, and it’s one of the Dunlop tyre guys.

“Next door to it was another one. I looked up again, he shrugged his shoulders, so I had another go. I could hear all these sirens and hoped it was nothing to do with me. They were getting closer and closer, so I chucked everything under the car and walked into the hotel reception. All these police vans come hurtling round the corner and it later became apparent that ETA (Spanish terrorists) were carrying out a bombing campaign in that area. Someone had phoned in saying they’d seen some bloke fiddling with the underneath of a car. They closed the road off. There were dogs, mirrors checking the cars, the lot.”