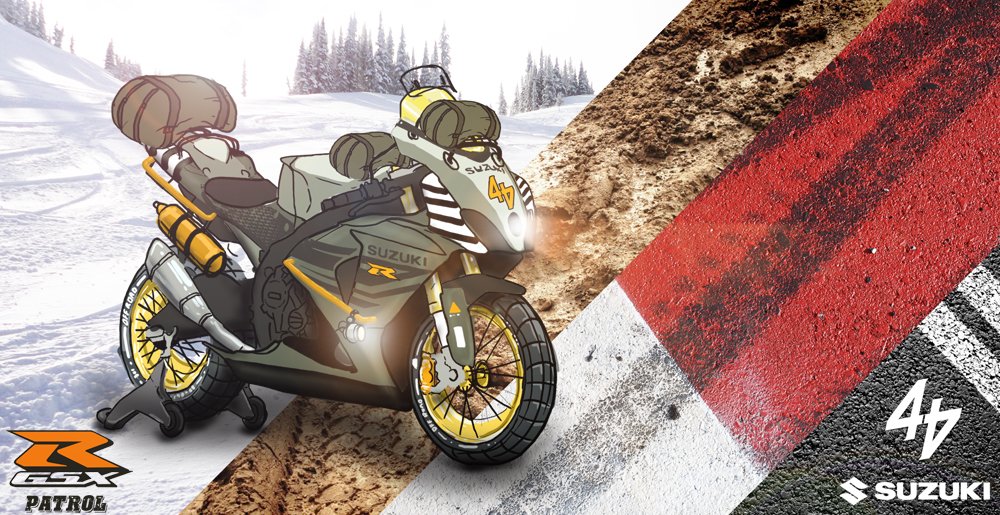 Say hello the Suzuki GSX-R Patrol: an exclusive 44Teeth production in attempt to create the most adventurous, most versatile sportsbike ever made. If you didn’t know, 2015 is the 30th anniversary of the iconic GSX-R, so what better way to celebrate a birthday than to bastardise one in the name of amusement? 30th birthdays usually involve a big party and this is no different.

We’re not going to giveaway too much at this stage but the concept is simple: take one GSX-R1000 and transform said GSX-R into a world-beater, into the GSX-R Patrol. After careful consideration, number crunching and the fundamental fact we have no budget, the notion of buying a 2015 GSX-R1000 was soon dismissed. But where would we find such a utensil? Much hassle and a few punches thrown later, I managed to prise the keys to a GSX-R1000 K7 from Baron – yes, the K7.

Why are we carrying out such tomfoolery? Well, apart from the underlying fact it’s going to be fucking cool, bikes like the GSX-R may be getting left behind on paper but, in reality, they’re still utterly brilliant and highly proficient in a wide range of environments. During the last few years, 200bhp and enough electronics to blow-up a small hamlet have been creeping onto mass-produced bikes with discernible financial consequences. Stick a racer onboard, and he’ll extract every possible tenth from each machine. The majority of us will go just as fast on a nice, friendly, undiluted GSX-R than a £30,000 Panigale R with all the toys. And until 2015 – the year of the sportsbike – adventure bikes and all their ‘versatility’ have been stealing the headlines in recent times, but sportsbikes are where it’s at. Despite what people say and the fact the K7 is more Sonia from Eastenders than Sinitta, you can still do everything on a sportsbike that you can on a GS and you’ll look much cooler.

Over the next few months, we’ll be ripping the K7 apart, examining for any impairment (which is highly likely given its green-laning/debauched history), selecting the prerequisite componentry for the arduous jobs in hand and reassembling to create the Patrol. Think of it as an A-Team shed-special, where they enter a derelict building with just a fire extinguisher, some barbed wire and an aging copy of Razzle, and blow the back doors on exit in an armoured utility vehicle. I’m Hannibal, Baron is B.A Baracus.

Creating the most adventurous sportsbike the world has ever seen comes with obvious stipulations and stringent testing criteria. We’ll be starting off in the UK, lapping the M25 and letting Baron dissect central London to gauge commuting skills. Then we’ll cross the pond to prove its touring aptitude before attending a Spanish trackday somewhere. We’re not finished there. Oh no. There are plans in the pipeline to visit the Austrian Alps in the winter to test snow capabilities. There’s more, but we can’t divulge yet…

Snow, mud, touring racing: the GSX-R Patrol is the adventure. Smell the cheese. 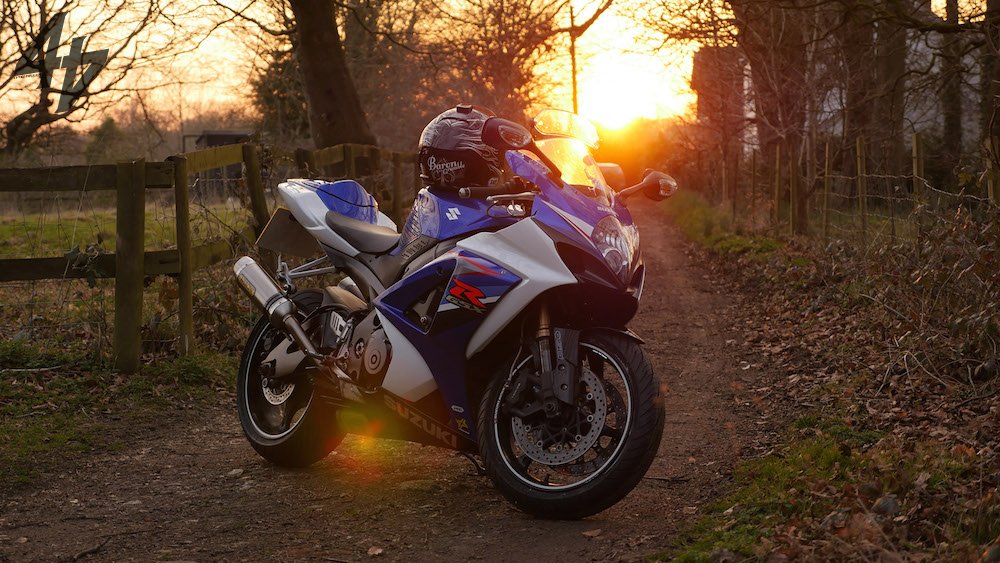 Say hello, and goodbye, to the K7 as we know it…