Not content with bragging the world’s most powerful production bike in the H2R, Kawasaki has today unveiled this Concept SC 01 at the 44th Tokyo Motor Show. The Big K has also unwrapped fresh supercharged technology for 2016, and something tagged the ‘Rideology’ strategy aimed at the future.

It certainly sounds like forced induction is a concrete path for Kawasaki. With a might of internal engineering knowhow and resources behind KHI, the Concept SC 01 – or, in typical Japanese enigmatic translation – “Spirit Charger” is just one route the factory is pondering. And according to Kawasaki, the café racery SC 01 features more luxurious materials than the H2 and H2R, with more of a focus on everyday, long-distance riding and comfort.

Another key aspect to the concept is Kawasaki’s Balanced Supercharged Engine, with technology and trickery to supply naughty horsepower but increase fuel economy at the same time. This is down to electronically controlled flaps situated at the blower’s entrance to control intake and airflow.

With worldwide interest still at “unprecedented levels,” both the H2 and H2R receive mild updates for next season (new paint and ECU tweaks), with the road-legal version also getting a slipper clutch.

President of Kawasaki’s Motorcycle and Engineering Company, Kenji Tomida: “Firstly the need for machines to possess power and grace, secondly Kawasaki motorcycles should continue to be fun and rewarding to ride and, thirdly, the ongoing reliance on the skills within the entire Kawasaki Group harnessing cutting edge technology to enrich the lives of people worldwide”.

Amen to that, and the Kawasaki Concept SC 01. And flaps… 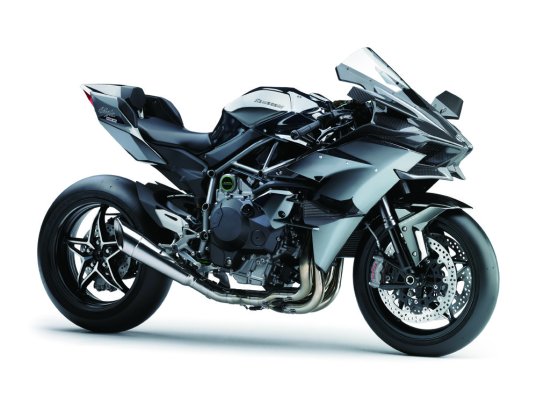 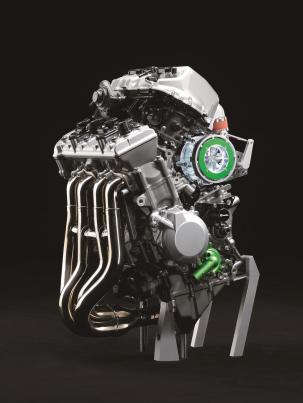