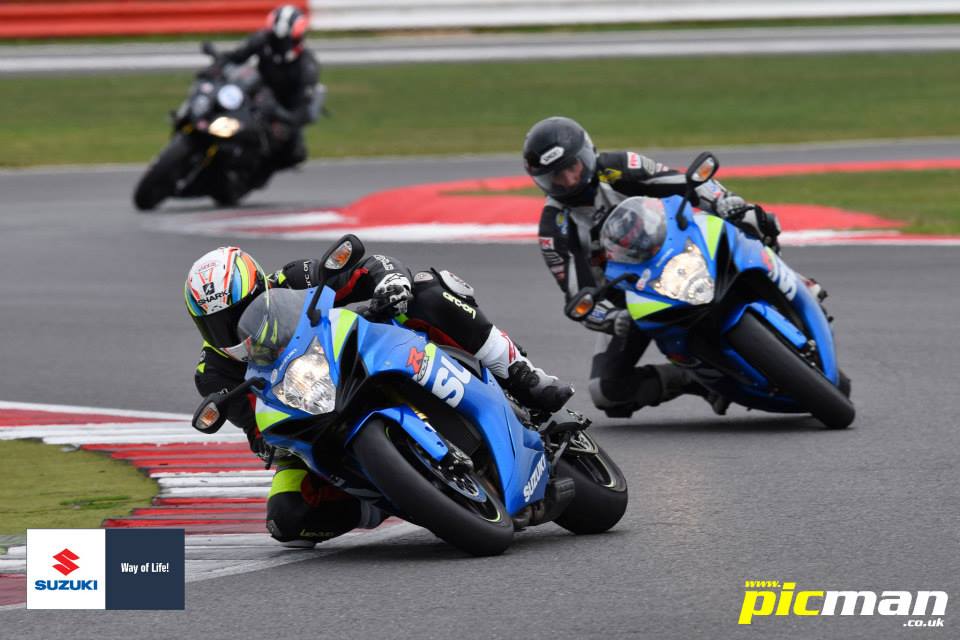 Fagan leads Irwin, but not for long…

Myself and BvG were present at Silverstone last week for the Suzuki all-star trackday. We got to sample the GSX-R range (more on that later) and Baron nearly fell in love with the GSX-S1000F (more on that later, too), sharing the track with a host of super-fast racers and a few token idiots.

Most trackday regulars will be familiar with the following scenario: you’re feeling good during a session, firmly into a rhythm and making moves. Nobody is coming passed. Then…BAM! Someone comes fucking by, reducing you to a gibbering wreck.

This particular kid comes flying past, backing it in, wildly out of control into the Club chicane. It was so violent and so far out of line, I thought he was either showboating or about to launch it into the Wing complex. For the following lap, I was mesmerised, as I genuinely haven’t seen anyone ride like that, ever.

I’ve been racing/wasting other peoples money for 15 years, and I didn’t have a clue who it was. Shift leathers – maybe they’re American, invited over by Suzuki? On returning to the pits and congratulating the awesomeness, it turned out to be Graeme Irwin – British Championship motocross star – on his second ever trackday. Second. Ever. Trackday. Road racing fans will be familiar with the Irwin dynasty, as brother Glenn is firmly in the hunt for this year’s British Supersport championship.

“I was doing silly stuff like going down the gears too fast and backing it in thinking, ‘whooooa, check me out!’ Then realised I was losing about three seconds in one corner.” 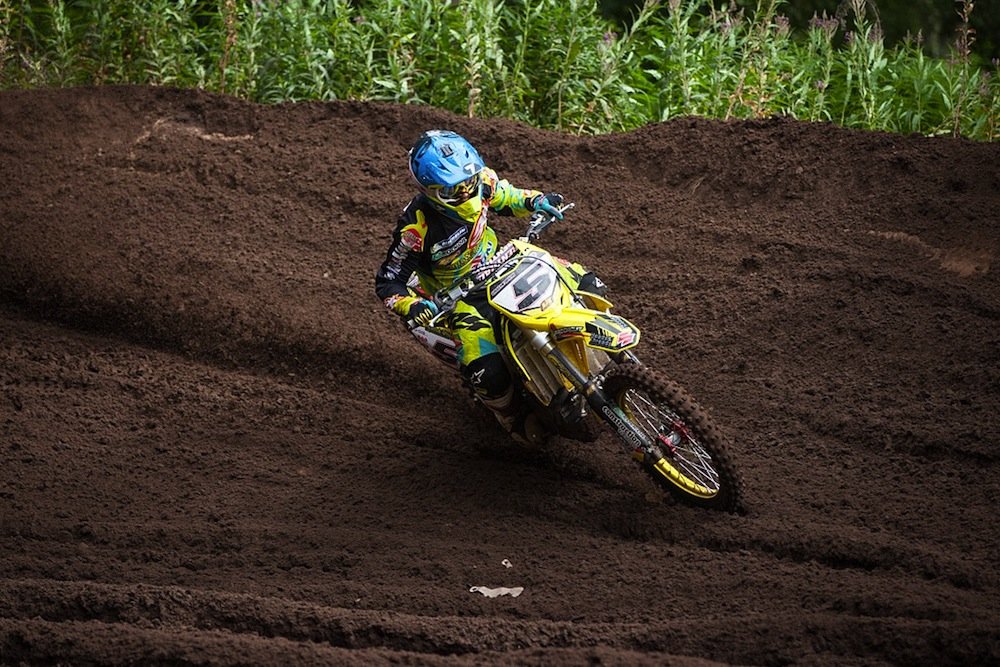 Graeme in his natural environment

His raw pace was obvious to see. Any plans to join the (slightly) more glamorous Tarmac brigade?

“You never know, you might see me at the last round of British Superbikes at Brands Hatch. I’m in good position with motocross at the minute. I’m happy with how things are going. I don’t know where I am with my speed on a road bike. It’s something I’d like to do on the side, or as a one-off.

“I’ve ridden a road bike twice, so if I’m going to do that, I want to have everything right and be on the right bike. I was going to do Superstock but if it means beating my brother, I’ll have a go at Supersport!

And has Glenn ever tried to coax you to the darkside?

“He’s kept road racing as his thing and I’ve always kept motocross as mine. I’ve never been taught how to ride a motocross bike and the best way to learn is being behind someone fast and picking things up. I got down to a 50.0 second lap of Brands Indy with road tyres on the K5 but I’m looking at my brothers lap times and thinking I’m a way off! I think it’ll be easy to go the speed I’m going but once I need to find that extra pace, that’ll be the hard part. I don’t want to learn the hard way by going down the road either.”