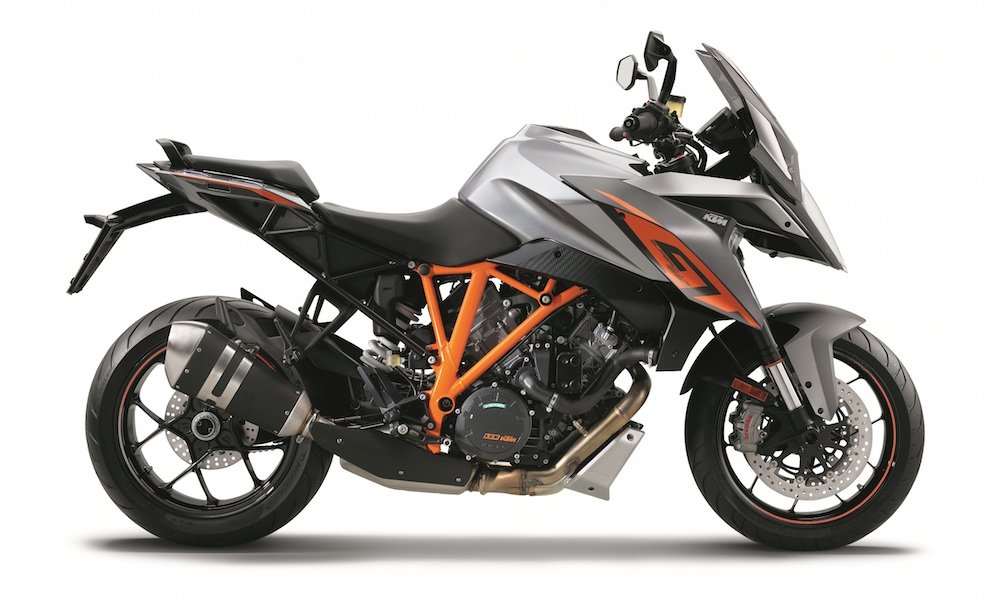 Pioneers of orange-based hooliganism, KTM has unveiled a 1290 Super Duke GT for 2016. Given its Grand Touring pre-conceived credentials, is it a Super Duke R for your dad? Erm, looking at the technical details and new-fangled technology, and the fact it’s a KTM, no chance.

The GT’s power source (and chassis) is based on the 1290 Super Duke R. KTM claims 173bhp and, more importantly, 144Nm of torque from the LC8 lump of lunacy. We could never accuse the R’s motor of lacking in any area, other than potentially engine braking control. For 2016, KTM has introduced ‘Motor Slip Regulation’ which prevents the rear locking up under heavy deceleration or downshifting. Other electronic gizmos include Hill Hold Control – perfect for the vertically challenged.

But perhaps the big news is the semi-active WP suspension, with three damping modes that continually adjust via sensors and accelerometers: Comfort, Street and Sport. KTM also claims the GT brags ‘the most comprehensive riding assistance’ with a revised electronics suite that features lean angle-sensitive MSC (anti-crash tech at both ends), C-ABS, traction control…AND A BLOODY QUICKSHIFTER! A quickshifter on a KTM – it must be 2016.

And it’s not quite a rehashed R model for mile-munching. Deluxe touring items such as tyre pressure monitoring, heated grips and cruise control, plus cornering LEDS lend the GT a slightly more versatile outlook. Other touring-based upgrades include an extended rear subframe for pillion comfort and joy, adjustable screen, and the addition of a 23-litre tank that ensures you’ll be able to rack up more than 60 miles per tank. KTM claims the GT weighs in at 228kg dripping wet – a fair chunk heavier than the R and also rumoured to cost a chunk more… 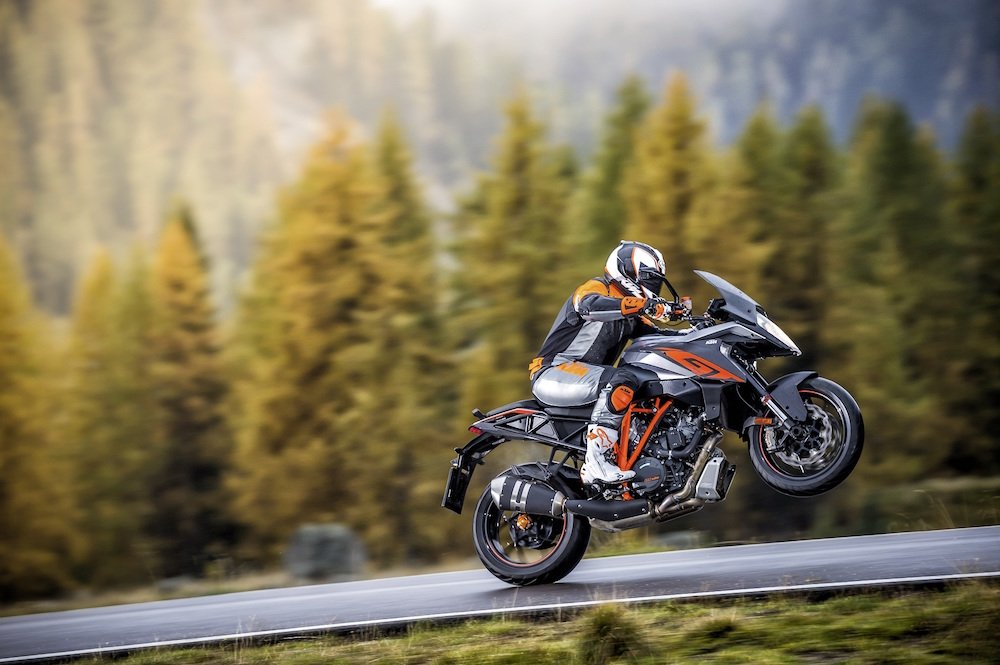