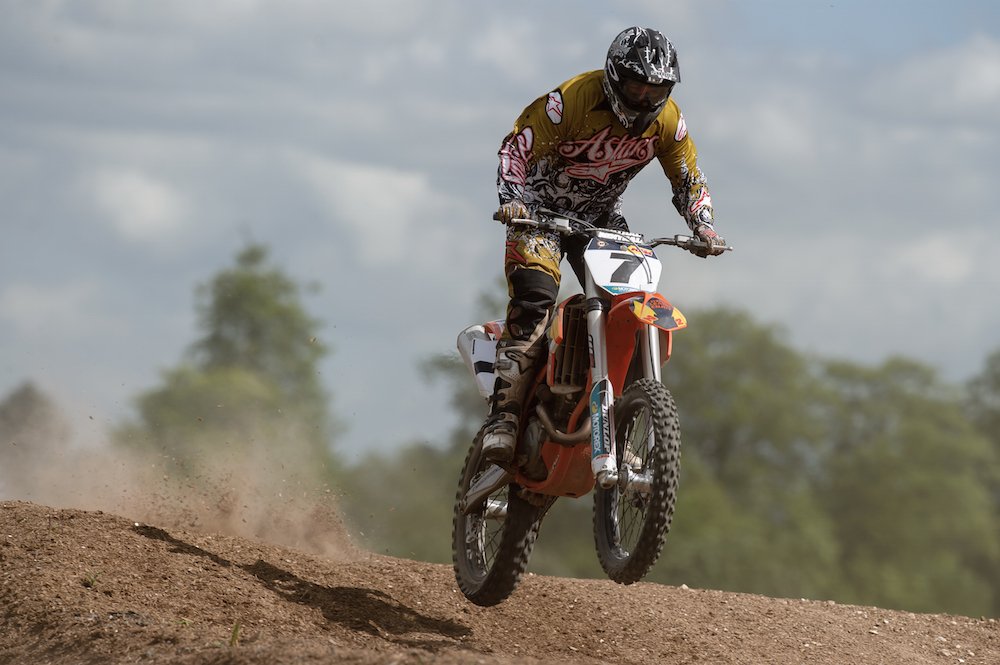 Anyone who has attempted motocross will know it’s the toughest, most brutal sport on earth. The blend of physical (and mental) exertion required is unrivalled, and only a bout with Tyson will be more painful the morning after. But it’s also immense fun regardless of experience, with fundamental bike skills that can be readily transferred onto tarmac – MotoGP racers choose to spend their time between races trying not to get injured aboard MX steeds.

For years now, KTM has been marmalising the opposition in MXGP and mud-plugging is ingrained in the company ethos. The athletes involved (on any brand of machine) deserve massive respect for making it look so easy.

44Teeth were invited to the launch of KTM’s latest customer outfit at Route 34 near Winchester (there are other venues up and down the UK), run by Barry Johnson: ex-GP rider and all-round affable midlander. The MX Experience offers novices the chance of an introduction to berms, ruts and getting the basics nailed, while the school can also nurture more proficient pilots.

Baron arrived with absolutely no motocross experience and I could smell the trepidation lingering in his pants. I mean, look at his kit: the literal definition of ‘all the gear, no idea’. Having spent several years racing schoolboy motocross as a teenager and switching to tarmac due to excessive injuries/crashing, I was looking forward to some proper tuition for the first time since discovering excessive drink intake and ladies.

The day begins with a leisurely cruise around some cones to understand throttle response and bike balance, and for Barry to ascertain riding ability. Once you’ve proved you’re not a death threat or insurance liability, the group moves onto the main track which caters for all levels of ability. 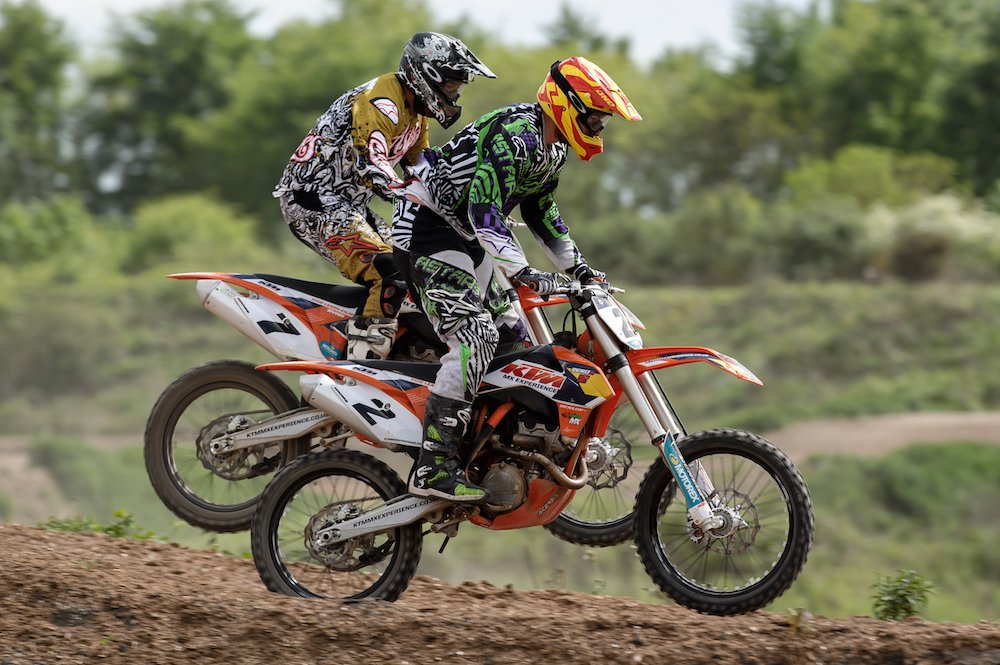 KTM 250SX-F/EXCs are, initially, limited via the throttle for safety reasons (they aren’t Tonka toys), though gradually unwound throughout the day if deemed necessary. Basic techniques are educated in between riding sessions, as Barry and his team of tutors cast eagle eyes over everyone’s antics, before one-to-one discussions on how to improve.

I struggled to absorb any fresh technique input from Barry. I honestly tried, but old habits remained as my right hand insisted on opening the throttle with every whiff of opportunity. Slowing down, embracing what you’ve learnt and applying the new skills is how it should be handled. Barry brought me firmly back down to earth by offering me a session on his 450 SX-F, which worked: I simply haven’t got the swingers to handle a four-fiddy and retired to the pits after a few laps with terminal arm-pump.

£185 gets you a day’s tuition, a medley of primed orange bikes to play on and all the crucial safety gear. Some will lament the price and if you’re an intermediate rider hell-bent on twisting the throttle and roosting (which, as an FYI, outside of the motocross world means puking and shitting at the same time), the school probably won’t be of any benefit. If you go with an open mind – regardless of ability – Barry’s teaching methods and approachability will ensure you’re a better, safer rider come the end of the day and it’ll be money well spent. Baron returned home full of newfound confidence and a willingness to further his motocross career. The fact he looked like Usain Bolt riding a Shetland pony was irreverent. Giddy up. 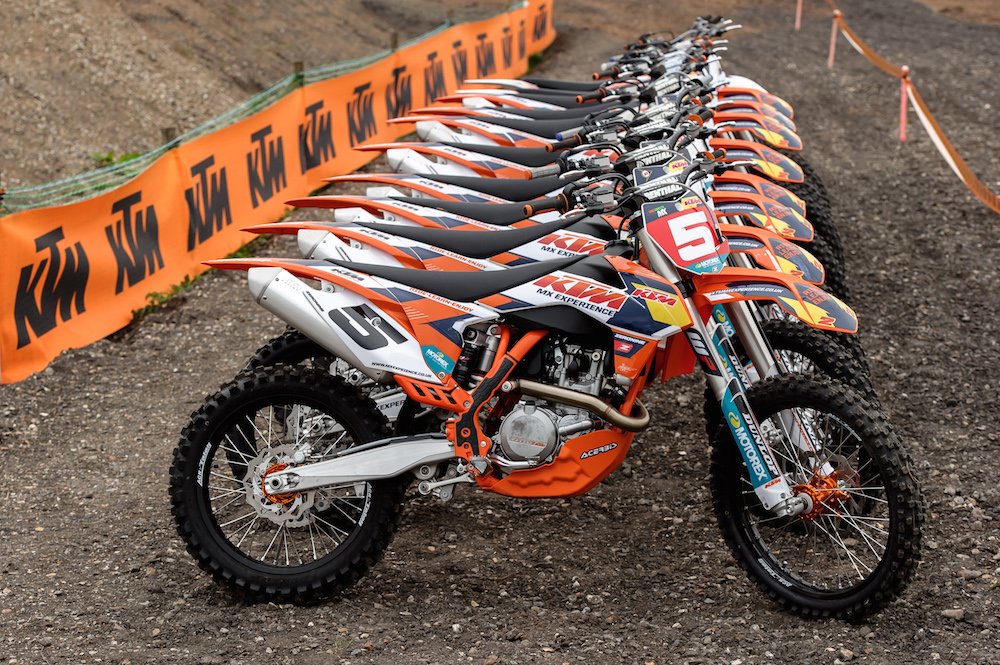