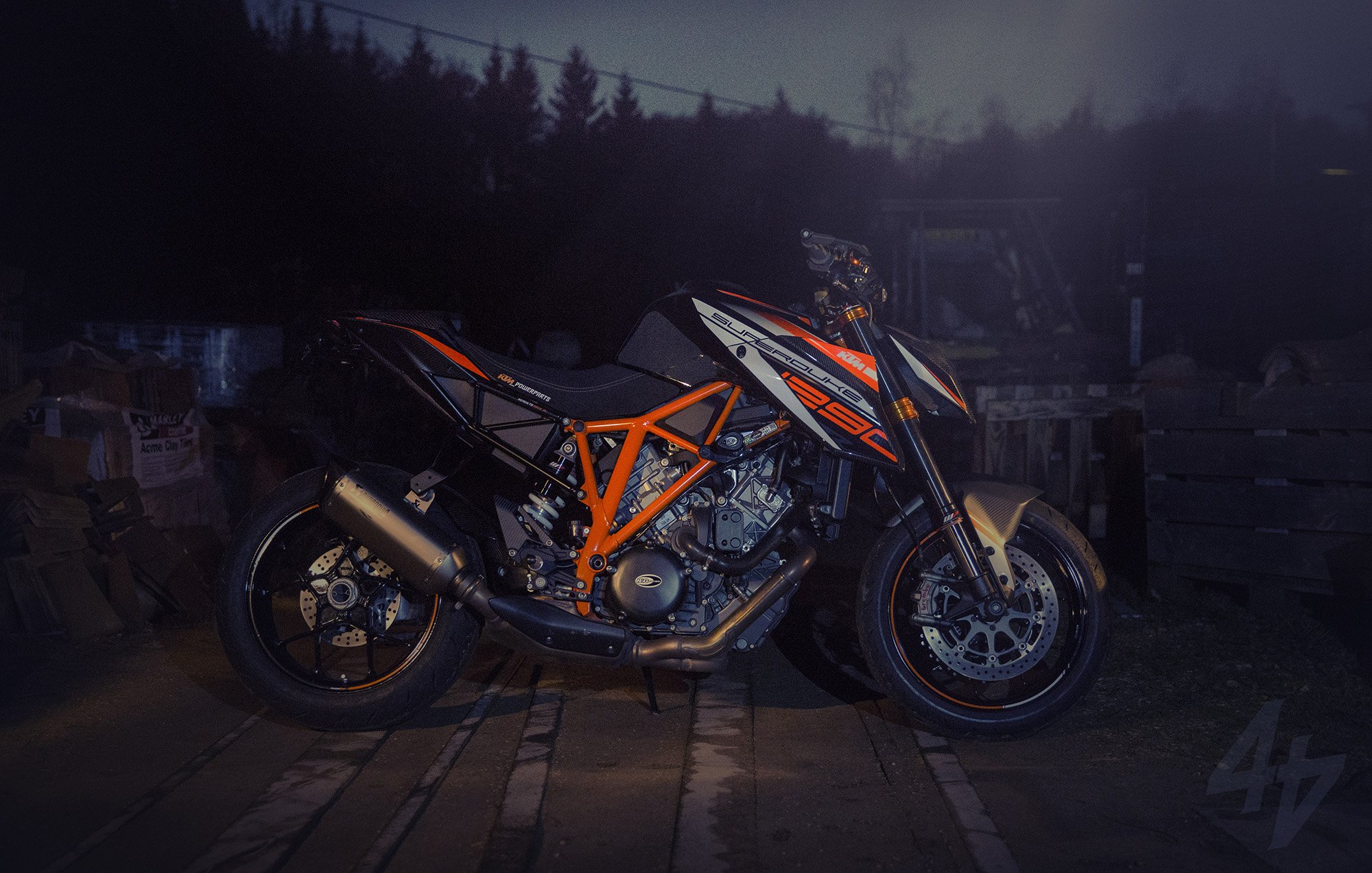 In the summer of 2014 I was fortunate enough to be selected for a ‘Win The Beast’ competition by KTM. Four riders from four countries were given a KTM 1290 Super Duke R to rag around on for the summer. Nice. So after jumping though various task hoops and shamelessly begging my YouTube subscribers for support (for which I am eternally grateful by the way – video coming soon), I managed to get enough points to wangle the win.

36 hours after being informed of victory, I was in sunny Almeria in Spain to let the beast loose on a track weekend where the plan was to get some sexy shots of the bike to spaf over, and let you all know that I have, indeed, won the Beast.

Well, things rarely go to plan and just before lunch on the first day after duffing up some HP4’s, the Beast bit back – front end gone, gravel, hello. Bollox.

With KTM drooling for a reveal video, the KTM Centre in Hemel Hempstead helped supplied some of the parts at cost price so I set about turning a bad situation into an awesome one. Plus, some funds from the JizzMachine empire saw me ‘adding to cart’ in no time. And here it is, my modded KTM 1290 Super Dick R. Sure, it took 2 months to rebuild but I think the results are well worth the wait.

So, what do we have? For starters, every standard KTM panel has been replaced with RaceFoxx carbon fibre. Schawingggg. I couldn’t decide if I wanted matte or gloss carbon – initially it was all about the matte, but when the gloss hugger turned up, it was a no brainer. So, I reordered a mix of gloss and matte to highlight various areas of the bike. For example, I’m not much of a fan of the winglets around the headlight – so the matte does deflect some of the light, which helps lose them a little.

We have a blinged up KTM PowerParts triple clamp which should help stiffen the front end up a bit. In standard trim the bike is ok – it’s just a bit wallowy, so any extra support is welcome.

To keep her tame there is a WP Power Parts adjustable steering damper up front, which is night and day better over the stock item. BUT, beware, the upgraded damper fouls the rad on left turns so you need to dial the steering lock right up. This is not ideal and I’m working with KTM on a better solution as currently it has a worse turning circle than a Fireblade – not great for a street bike. But with ‘race’ parts, there is always a compromise.

I’m sticking with the R&G crash mushrooms as actually, they did a pretty decent job of protecting the bike while it slid up the road. I was concerned the handlebars were a little bent and as a precaution, I ordered some Renthal Fatbars in black – which, I have to say, is an inspired choice as previously they were a bit of a no-man’s-land grey before and felt a little out of place.

We’ve fitted some KTM levers with adjustable length – perfect apart from needing to drill out the pins as they dont fit the standard bushes. Again, KTM are aware of this and looking into it. Which I like about a company – I’m not so bothered if things are a little wrong at times, so long as they resolve the issue, I’m happy. And we’ve gone for some KTM PowerParts adjustable rear sets – AKA SuperBling. To be fair, the originals are more than happy on the bike for 90% of the time, but start pulling some serious lean and you will know about it. So if you are taking your Beast on track, you will need to raise the pegs.

Dongle – Oh the Dongle. This is probably the most liberating upgrade as it remembers the ‘mode’ the bike was last in when it was turned off – if you don’t have this, be prepared for entering a finishing move on Mortal Combat each time you pull away from the Wild Bean Cafe. Actually, I managed to get this combo sequence down to 4 seconds. So not too bad.

Plus, the dongle now flashes up a naughty message of ‘Not Legal’ on start up, so now you can impress your friends with how wild you are down at KFC on a Friday night.

So, when you crash your bikes, don’t despair. Funds dependent, obviously, but use it as an opportunity to make the bike better. Most OEM parts are similar in price to aftermarket upgrades, so fill your boots. Just remember to tell your insurance company so they can condemn you as a dirty hooligan. 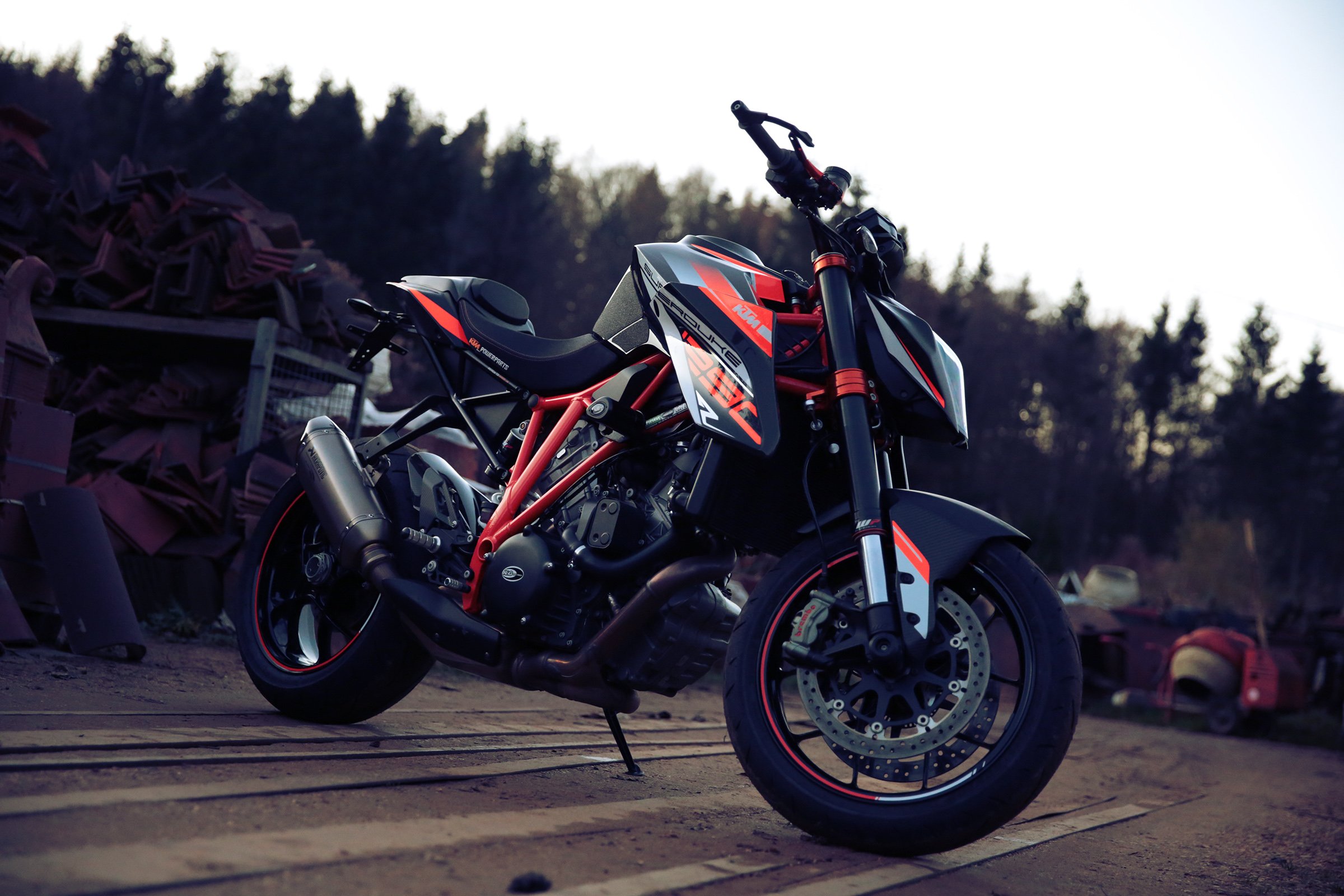