Macau GP: “The barriers become part of the furniture” 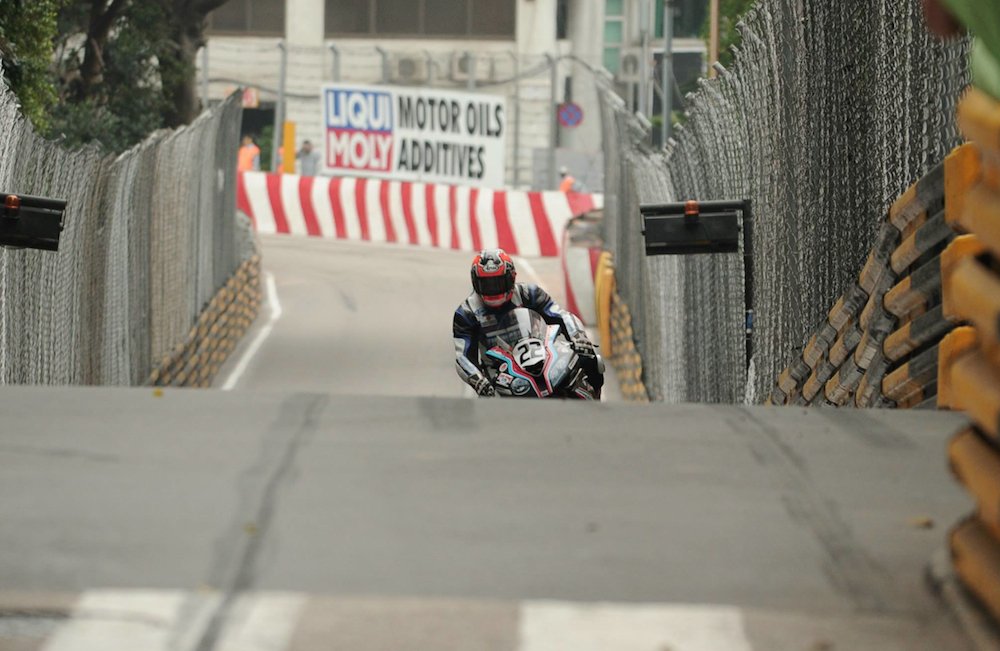 I don’t know about you, but the mere thought of racing around the streets of Macau induces poo. Brushing shoulders with the walls and Armco at eleventeen million mph, racing through the skyscrapers after a mass-start? Replicating these gladiatorial mavericks is a pipe dream.

The Macau GP has become an annual pilgrimage for many UK-based riders and teams. British pilots are very much the headline acts, with the last non-Brit taking a win in 1997. The GP exotica and household names may have vanished in recent years but the supreme racing and entertainment is still ever present.

Martin Jessopp clicks with Macau like Starbucks has with tax-dodging. The Somerset rider has had a tough time on the BSB short circuits in recent years but gelled with pure roads, having made an impressive TT debut this season. Before this year’s trip to the Far East, Jessopp was looking to add to his podium tally and did so with a third place finish. We caught up with the Yeovilian just after he’d got back from a ‘holiday’ of hedonism in Thailand, and got an insight into the glitz, glamour and sheer thrills of Macau.

“I’ve always loved Macau. The first couple of times I went over there it was just a holiday race. It used to be a big end-of-season party, whereas now it’s business. I used to go over there and enjoy myself, go out partying and then when it came to the race, take things seriously, be safe and finish. Since my first year in 2007, the difference in the paddock and the riders is massive: it’s so competitive now.

“In terms of preparation and seriousness, I treat Macau no differently to the British Championship. You’re going all the over to the other side of the world and it’s one race. You’ve got one shot at it and it’s the last race of the year, so the pressure is on. The organisers can’t do enough for you, and compared to other places I race, they really appreciate you being there.

“It’s just my luck with the timing. I’m up against Stuart Easton, who’s won the last four he’s entered, and Michael Rutter, who’s the most successful motorcycle rider there ever. And then we’ve got the village idiot from Yeovil in third, so in that respect the result was quite good. There’s no shame in finishing behind those boys” 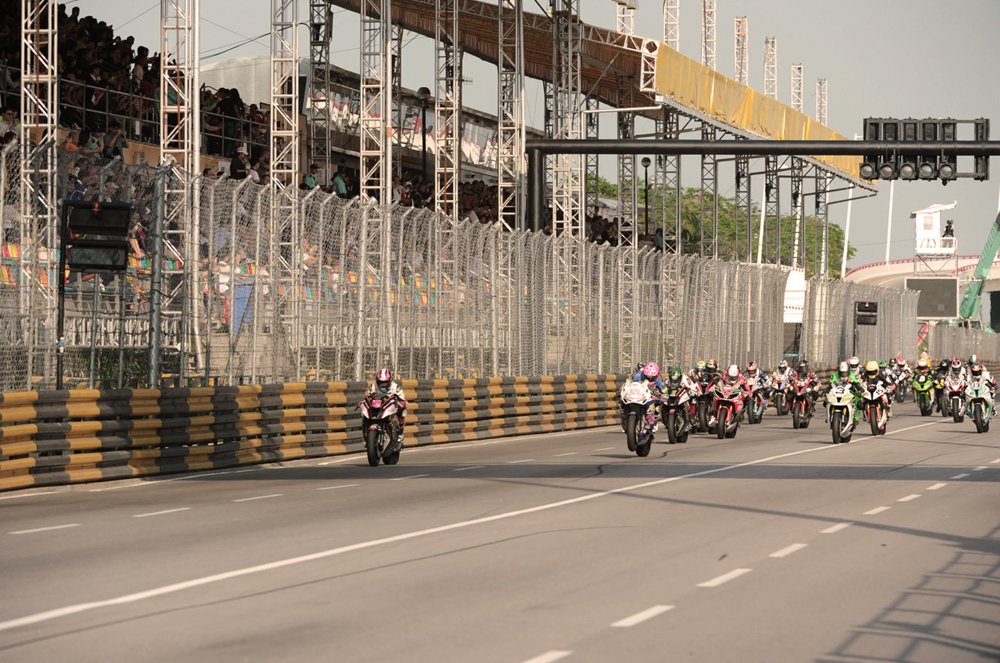 Aside from modifying the seats to accommodate unfeasibly large testicles, the bikes aren’t changed much from short circuit duties.

“It’s clicks away. If a newcomer went there with their set-up from Brands Hatch, they wouldn’t be a million miles away. It’s pretty smooth up there but there are some really bumpy sections although nothing like the TT. You need a bike that turns quickly but is also stable, so you’ve got to work somewhere in the middle.

“I like the faster parts of the track, where it’s a lot easier on your body. Trying to ride a 220bhp up over the tight hilly sections, I can’t describe to you how physical it is. And you’re doing everything blind, as you can’t see through the corner. Muscling the bike through there, it’s almost hard to enjoy. The faster bits you can have a bit of a breather and push the bike to its limits. Going through those corners, to be honest, I’m not giving it any less than I would be if there were no barriers.

“I’m not sure who resurfaced the place a few years ago but it must have been Stevie Wonder and a gang of his boys, because they’ve absolutely ruined it. It’s like a motocross track up there, and that’s why the lap times are a good few seconds off” 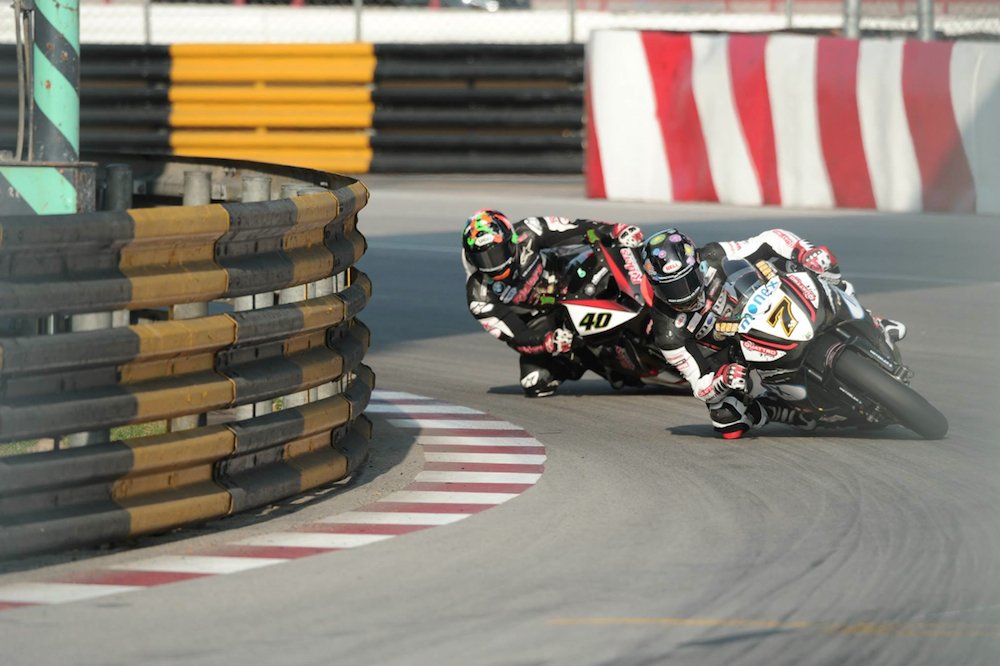 Granted, Macau doesn’t facilitate the minutes of full-throttle abuse and 200mph kinks of the TT course, but it’s a different type of challenge and there’s still very little margin for error. There’s also the additional hurdle of dodging four-wheeled shrapnel. Does it require a different mentality?

“You’ve got to go there and treat the place with respect, but at the same time, when you’re out practising, qualifying and racing, the barriers become part of the furniture. You just start worrying about your apexes and getting up to speed. I’ve hit a few walls with my shoulder and you know about it.

“There are two sixth gear straights, and we’re doing the best part of 190mph, and my BMW is trying to wheelie in 3rd, 4th, and 5th gear. Because the buildings are so tall and you’re riding between skyscrapers, it’s a weird sensation. The speed is definitely heightened.

“The thing that you haven’t got at any other motorcycle race in the world is a load of crazy local touring car drivers, plus the GP3’s future F1 rockstars smashing their cars to pieces. Every session, for the first lap or so, you really need to be looking out for the oil or debris. This year was one of the better years for track conditions I’d say.” 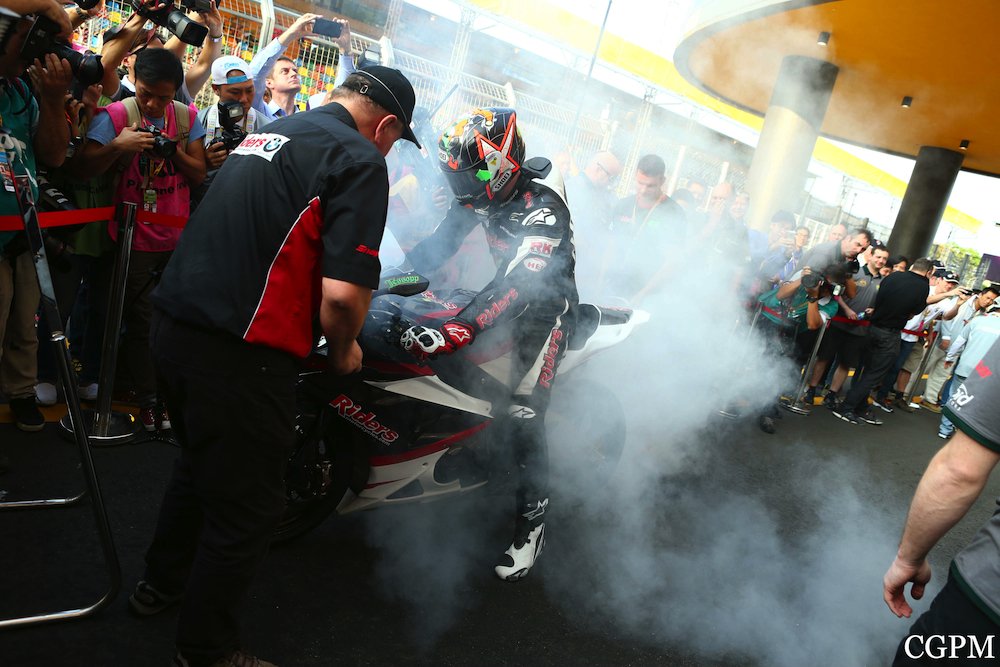 At the top of a TT racer’s game, prize money isn’t bad. It’s still horrendously shit in comparison with other sports but you get looked after at invite-only Macau GP – riders’ travel is paid for, they’re put up in 5-star hotels along with mechanics, and there’s the added bonus of Far East ‘culture’.

“Doing these races isn’t going to make me a millionaire. I do it because I love it. I went there and finished 3rd, had two weeks in Thailand and came home with about two days’ worth of wages in my pocket. Basically, I finished third and that paid for two good weeks in Thailand. It’s nowhere near NW200 prize money and not even on the same scale as the TT, but there isn’t a man on the grid who goes to Macau for the money.”

Racers sacrifice a huge amount to compete, and entertain us every weekend – even the ones who like a sherbet or two have to refrain from debauchery during the season. So, understandably, the off-season is a chance for a blowout.

“Gary Johnson’s been organising a post-race trip to Thailand over the years, and every year a few more riders join us. This wouldn’t happen in British championship, world superbike or MotoGP, but with the road racing guys, whoever turns up on holiday, you seem to just get on with them. There’s a respect amongst road racers generally, and there isn’t really on short circuits.”

Boys, we salute you…