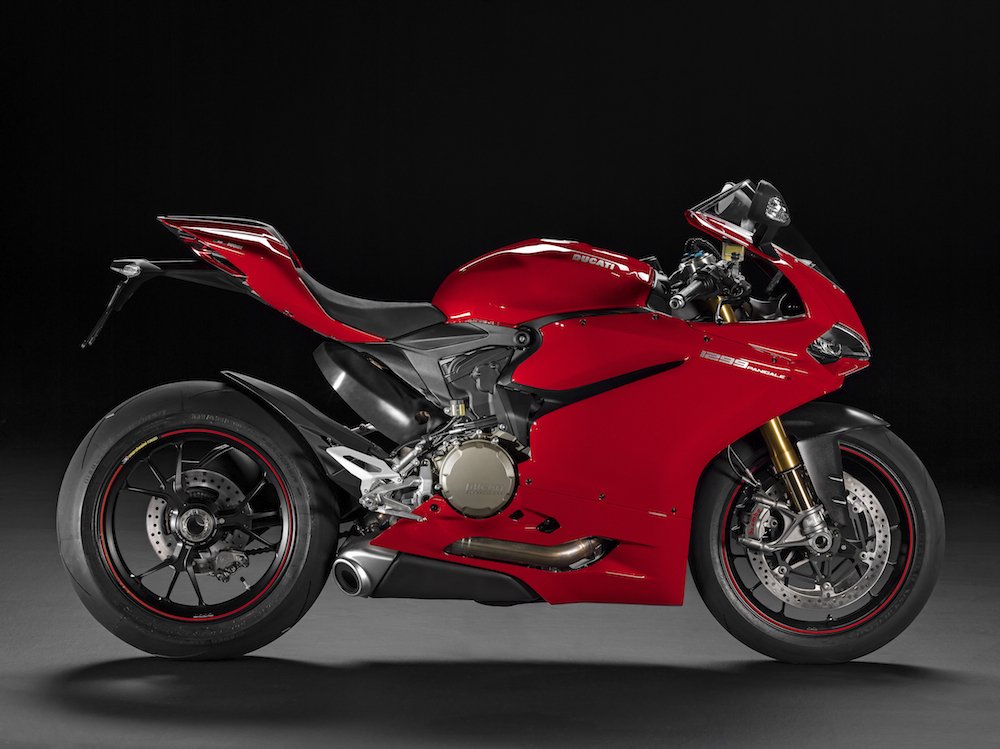 Just after landing in Milan’s Linate airport, we jumped straight into a taxi and fled to Ducati’s exquisite 2015 model launch, held at a theatre in central Milano. Claudio Domenicali, Ducati CEO, hosted the launch that was streamed live to millions worldwide. There was banging dubstep, some beautiful, scantily-clad lady dancers, some GP superstars past and present, and an incredible show in general. 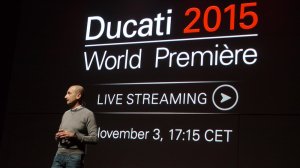 The 2015 range wasn’t exactly a bombshell. Ducati revealed its DVT (Desmodromic Variable Timing, not deep vain thrombosis) technology prior to the show, as seen on the revised Multistrada. And the 1299 was leaked after someone at an American Ducati dealer conference posted the pic on facebook. No horses heads were harmed in the process.

What wasn’t leaked was the extent of Ducati’s graft. The 1299 isn’t just a capacity increase – there’s an auto-blipper (Ducati only had an auto-blipper on its World Superbike 1199s hallway through this year, so that gives you some idea of how fresh the tech is), new chassis geometry and semi-active suspension on the S model, among other lavish titbits.

It’s refreshing to see manufacturers going leftfield, thinking outside the box, and not bowing to racing regulations. As Mr Domenicali admitted himself, the 1199 Panigale lacked midrange, so rather than over-complicate things, Ducati bored the already mental Superquadro motor.

The 1299 has a 1285cc capacity, bragging a 116mm bore. In simpleton’s terms, that’s bloody massive, and you could probably fit a small child in each of the cylinders. This means 10% more torque and an extra 10bhp, breaking the claimed 200bhp barrier at 205bhp. 144.6Nm of torque is enough to persuade the government to take the new Panigale fracking. 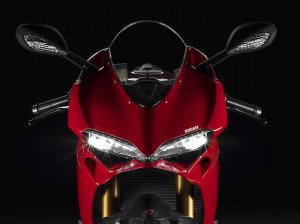 A new dry weight of 166.5kg is bordering on anaemic and the Panigale’s weight wasn’t exactly an issue. Geometry has also been fettled – rake has been reduced from 24.5° to 24°, and trail has been shortened from 100mm to 96mm. It doesn’t sound a lot, but it’ll make a huge difference. The swingarm pivot now sits 4mm lower on the 1299 to aid traction. What does this all mean? I don’t know. We’ll find out at the launch in spring.

The 1299 range also comes with IMU (Inertial Measurement Unit) – basically a giro that measures acceleration in three axes, calculating the Panigale’s roll and pitch. This means greater control of traction control, anti-wheelie and other good aids. I rode a Superleggera not so long ago. The power, lightness and sexy front-end feeling were all immense, but for everyday road riding, Ducati’s Wheelie Control was its premium feature. You could pin the throttle without the ride taking over as a suicide mission and it’s a welcome feature for the 1299.

The S model is kitted with Öhlins Smart EC semi-active suspension, which should make the monocoque chassis a bit more forgiving. If you haven’t ridden a Panigale, it’s akin to riding a scaffold pole with wheels at either end, but in a good way. NIX30 forks and a TTX shock work in collaboration with the ECU and IMU to deliver a peachy ride and groundbreaking dynamics. 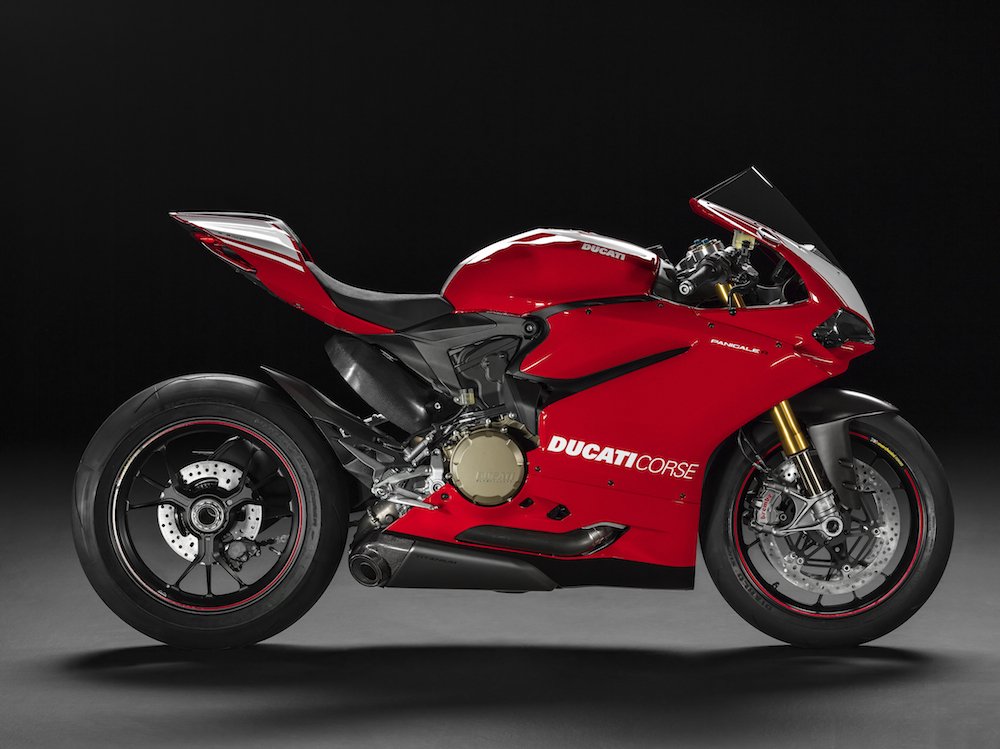 The aristocratic tart that he is, Baron’s bike of the show was the Panigale R – a pure and simple homologation special. Its 1198cc Superquadro motor pumps out the same power as the 1299 and features titanium exhaust valves and 2-ring pistons, as well as titanium intake valves and con-rods from the previous R model. There’s also a race-biased clutch that separates it from the 1299s, although it does share most of the 2015 electronic updates.

The R’s swingarm pivot can be moved to four different positions and the front tube (offset) is moved 5mm further forward than the 1299. It’s also 6kg lighter than the previous R model.

The 899 Minigale remains unchanged but takes a £200 price hike. Don’t forget your Berghaus…

← Keith Flint: Full-Factory Firestarter
Carl Cox: on the ones and two wheels… →