We’ve been lording it right up at the Catalan GP in Barcelona over the weekend. There were plenty of olive-tanned, Spanish senoritas joining us to witness some epic on-track action and I got to meet some bloke called Valentino Rossi but, primarily, we were present for the launch of the MotoGP 15 game.

Fresh from huge success with the introduction of RIDE, the game’s creators – Milestone – have been busy refining the official game of our favourite sport, focusing on revised physics and graphics improvements. By Milestone’s own admittance, MotoGP 14 had its issues; among them, lethargic steering and slow when changing direction.

We got to sample the completed version at the Spanish circuit, along with a host of riders who were present and evidently already play the game on a regular basis. Some use it as a practice tool, while others learn circuits they’ve never previously lapped. Some are even involved in the game’s development. The overriding verdict was that MotoGP 15 is a big improvement through small tweaks – the most significant being a big improvement in steering.

Replicating car games’ simulation will never happen, though Milestone has worked on a better understanding of where the limit is through a new physics engine – something initially implemented on RIDE. 2014’s game (in comparison) was akin to racing a 250bhp monster on tyres pinched from a 6-year-old’s BMX. There’s now a moment of warning before tucking the front (and it’s harder to do so), likewise rear-end sliding is also more controlled. And in terms of realism, running the kerbs isn’t as straightforward as before – you now have to know which ones to abuse and which ones to stay clear of. 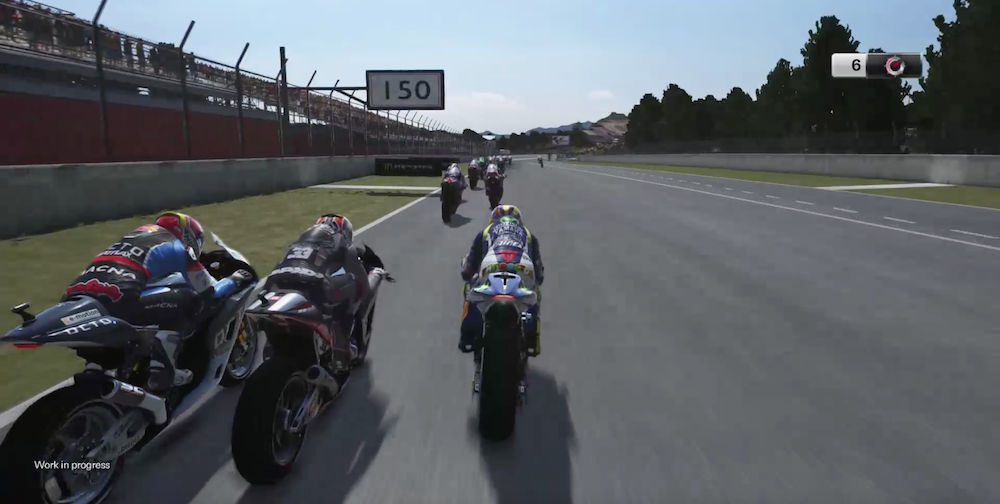 With the introduction of ‘Next-Gen’ to gaming (something I don’t know enough about), MotoGP 14 was a big step in development. Track surfaces changed with every lap, which was visible on the screen and tangible with riding sensation. 2015 has even more detail with further tyre marks laid down on the racing line, including the kerbing. Subtle fine-tunes include dirty tyres after running into the gravel traps, which consequently equate to a greasier initial trip back onto the Tarmac.

The graphics have also improved, with attention to detail around shadowing and differentiating between materials. Leathers look like leathers, shiny metal components glisten in the sun and less so away from direct light, while the more matt surfaces look, erm, matty. Racing in the rain and wet Tarmac is also an added feature for 2015 and, in particular, the spray from tyres is scarily representative.

Moto3 is, without doubt, the most fun class to play. Milestone has the physics and engine note dialled (great exhaust during overrun), although we’re not sure why the riders’ right hands close the gas during upshifting – I’m sure these pocket rockets have quickshifters last time I looked…Also worthy of a mention is the 500cc two-stroke legends class, which was previously DLC (downloadable content). Racing with the likes of Doohan, Rainey and Schwantz on modern tracks is über cool. And you get a full grid of ‘em.

In general, the game isn’t a colossal leap in progression. It’s more of a sprightly dusting, a little tidy up, but well worth the upgrade. I’m sure game nerds and trolls will pick a few holes in the 2015 version (as with anything) but the only niggling negative we can conjure up involves the engine sounds, and the aforementioned realism errors. There needs to be more meat added to the MotoGP engines despite Milestone using a dyno to capture individual bike tones.

MotoGP 15 is released on the 26th June and for hardcore gaming fans of the sport, it’s a no-brainer. 9/10 from us…and probably Valentino 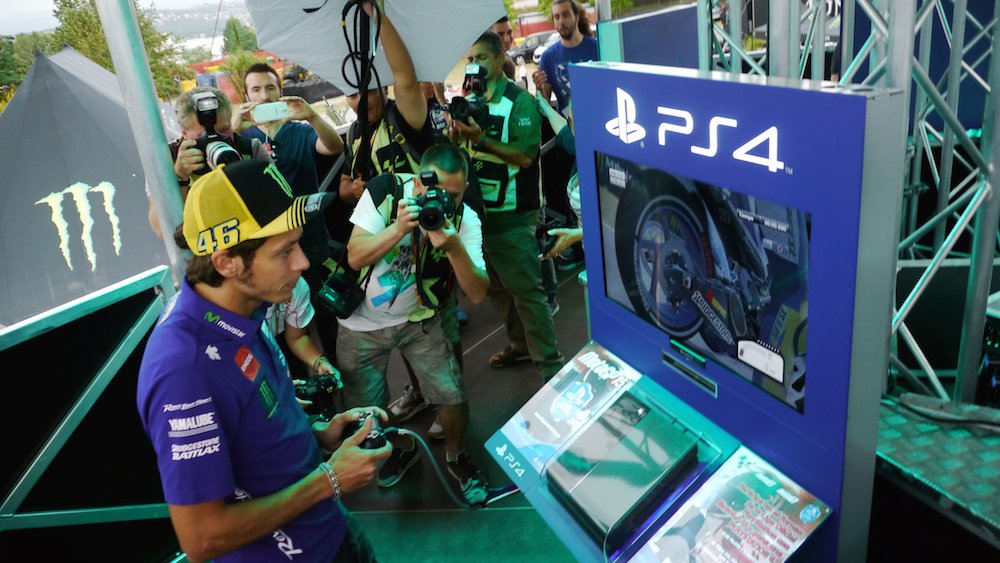