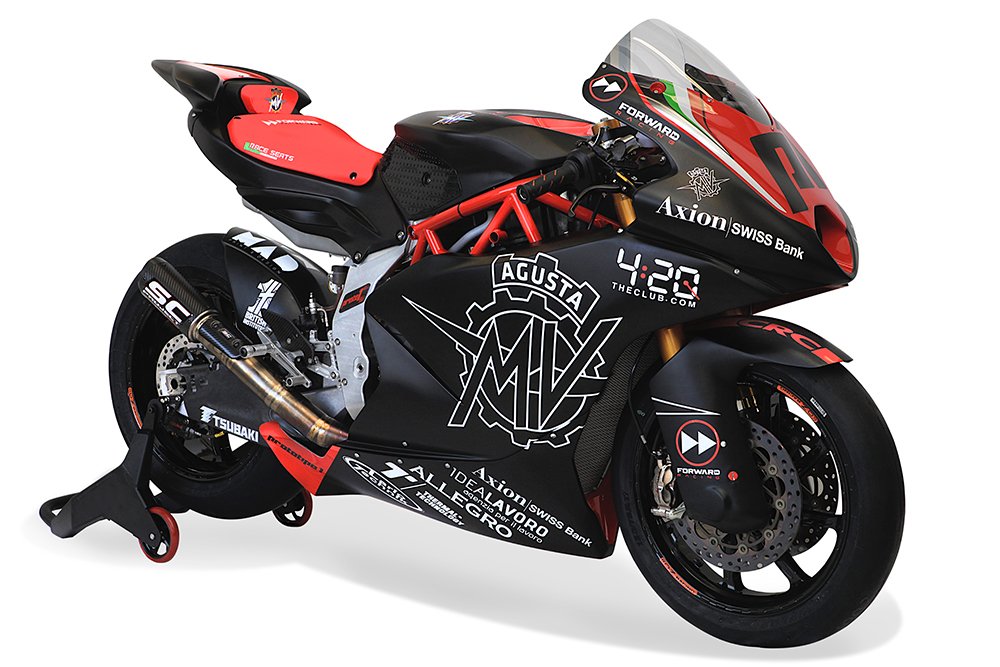 After a 42-year hiatus from Grand Prix racing, MV Agusta has finally unveiled its all-new Moto2 challenger for the 2019 season – and it looks very naughty indeed. The Varese factory has chosen Forward Racing as its squad, although pilots for next year have yet to be confirmed.

Of course, MV’s handiwork centres around a trellis/ally plate frame and houses a Triumph 765cc engine, controlled by a Magneti Marelli REX 140 ECU and an FCC slipper clutch. It’s going to be interesting to see if MV can replicate KTM’s trellis-based success given Kalex’s/perimeter frame domination.

An SC Project 3-1 exhaust system brings the noise, OZ wheels will wear Dunlop control rubber, while MV has chosen Öhlins as its suspension partners. It has a wheelbase of 1,382mm, rake/trail of 24°/104mm and weighs just 217kg with a rider onboard. 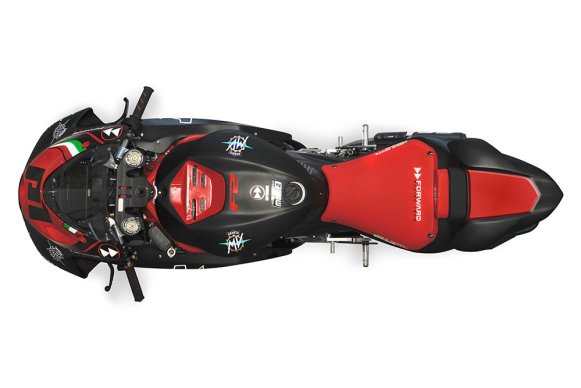 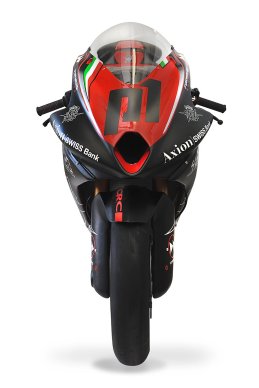 Brian Gillen – MV’s project leader – told me at the Tourismo Veloce launch that the company has already splashed well over €1.5 million on developing the bike without turning a wheel.

“It’s a few years now that we are thinking about a return to the Motorcycling World Championship and with the modification of the regulations of the Moto2 category for 2019 it’s the perfect opportunity to express our technical know-how, that we developed during the last six years in which we raced in Superbike and Supersport. The Moto2 project is an ambitious one and we are involving our R&D resources and all our racing experience in order to develop a completely new bike, which differs from all the others and which reflects the values of MV Agusta.”

Don’t know about you, but we’re moist at the thought of 36 open-piped Triumph triples howling round the world’s finest circuits. 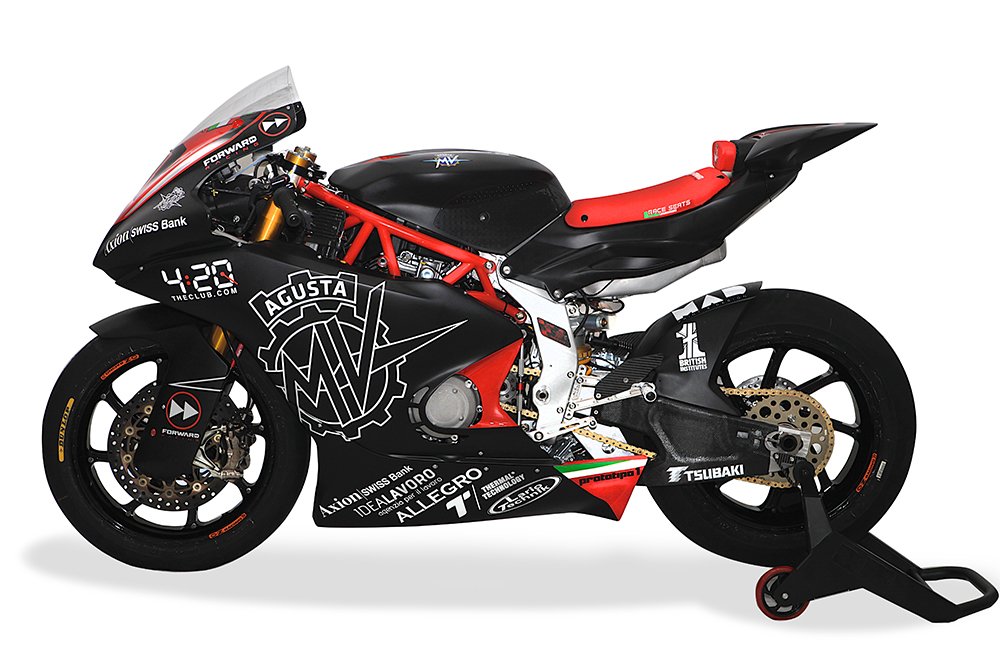