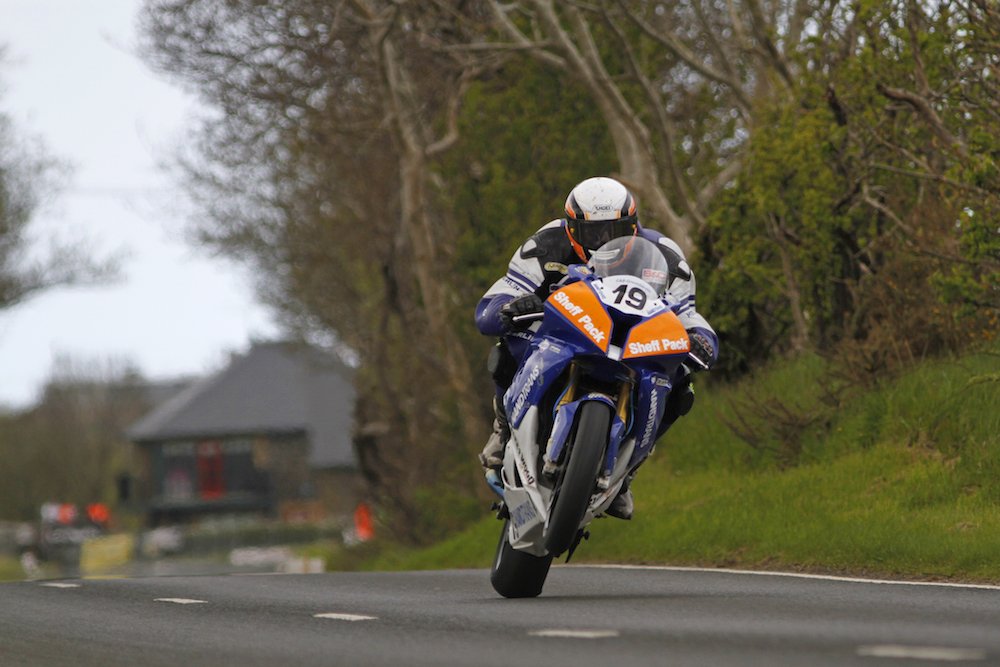 The Irish racers call him the ‘Beast from the East’ and you can probably see why. I first encountered Phil Crowe several years ago at the Castle Combe Grand National: the annual (and only) motorcycle race meeting of the year at my hideously fast local circuit. Admittedly, I was returning to racing after a nasty injury and wasn’t feeling it, but when some 25-stone lump comes flying past like Rossi overtaking roadkill, it does funny things to your mental state. 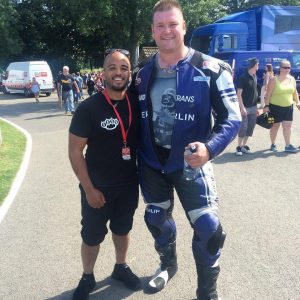 Unless you’re heavily into racing or a fellow member of the Lincolnshire mafia, you probably haven’t heard of Phil. He’s been bossing the upper echelons of club racing for a while now, and recently made a foray into pure road racing with some impressive results at the TT and NW200. ‘Crowey’ has also made the odd appearance at a British Superbike round, entering the National Superstock series and annoying some super-fast riders. A crash this year at Cadwell Park ended in disaster though: the poor barrier that Phil hit succumbed to its injuries. RIP barrier.

Over the years, paddock gossip has constantly asked the question: what if he was of a normal size? As a slightly obese tubby chubber, I’ve struggled throughout my racing ‘career’ by carrying some excess timber, but not 25-stone – around 160kg for our foreign friends. Suspension, tyres and finely honed sportsbikes in general weren’t designed to cope with someone as big as Phil peddling and manhandling them round a circuit, and the amount of behind-the-scenes effort to counter the weight has been huge.

There are obvious benefits to transporting extra weight: not many, but Phil has the unfathomable ability to carry insane corner speed, noticeably faster than other top-flight racers in the BSB paddock due to weight sucking him to the Tarmac beneath. But the obvious disadvantages far outweigh the positives – I did a ‘fat versus thin’ feature with Phil for Fast Bikes not so long ago, which underlined his straight-line disadvantage with quantifiable, scientifically proven results – around half a second lost over a few hundred metres. Well, we’re about to find out if shedding timber works… 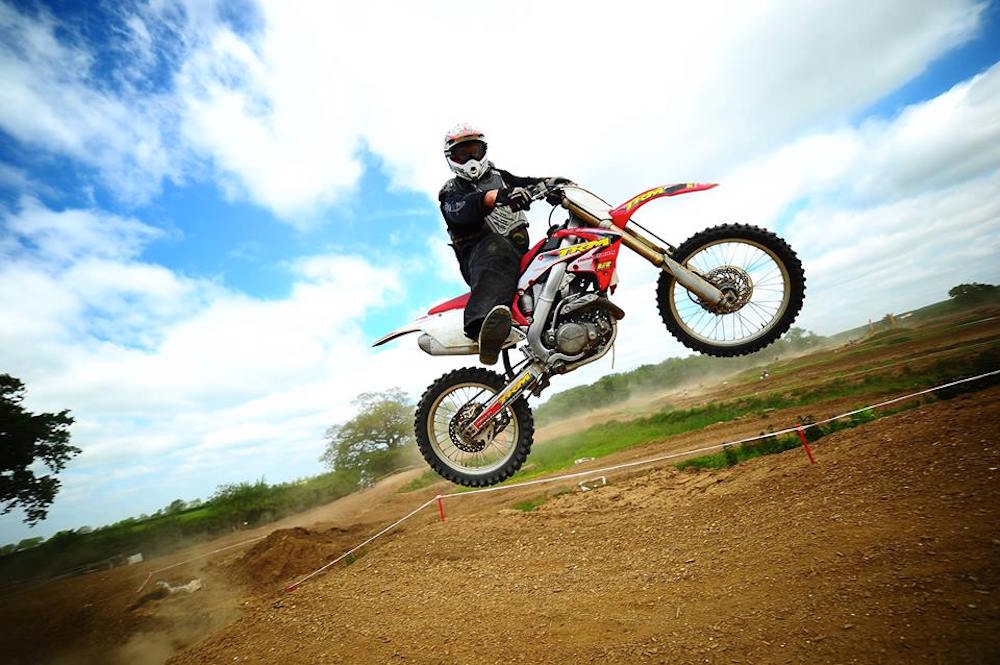 Phil is a hardcore freestyle MX rider in his spare time

“Even racing motocross as a teenage, I was getting on towards 20-stone and working on developing bikes to suit my size. Engine and suspension was a constant evolution, having to have something slightly better than anyone else just to compete.

“I then got into the club racing scene and I was 25-stone. Competing against lesser riders, power wasn’t everything but then 2010, when I was in the R1 Cup and other British Championship, I realised we needed more power and better set-up to compete. It was then I decided to lose some weight.

“We went down from 25-stone to 22-stone. The difference there was noticeable: I could get tucked in better, the handling of the bike changed for the better, the straight-line speed deficit was a lot less. But however much horsepower we seemed to add, we could only gain so much. My physical size in the wind seemed to be the problem and that held me back more than outright horsepower.

“2012 was my first attempt at the North West 200. I was tired at the end of the big straights rather than a section of corners, getting pulled off the bike and I was struggling to finish races because of windburn. Physically, doing one lap of the NW200 was like doing 10 laps of Cadwell and it shouldn’t be like that. 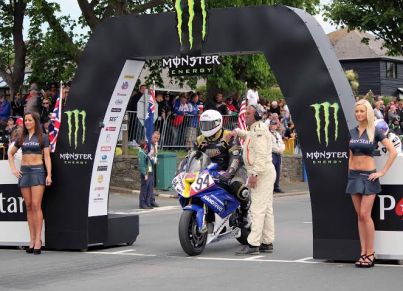 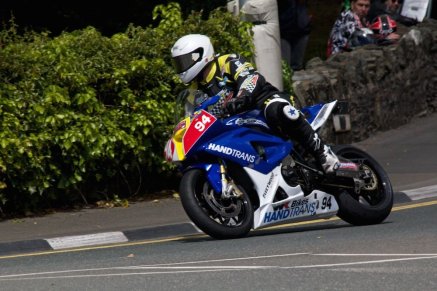 “We went away, had a rethink and had some bigger fairings made: 50mm on each side, 50mm on the front and came back the year after. The difference went from being physically pulled off the back of the bike to being sat in the bubble, hands relaxed, legs relaxed, sat on top of the bike and finishing races easily. It showed in the results too. I went from being outside the top-20 to finishing 12th, and learnt a lot about slipstreaming that year. I did a fair bit of riding by myself on track and struggling to get over 175mph, but in the slipstream I managed to get 196mph.

“The next year came and we bought a factory superbike engine, which was around 220bhp. It took our speedtraps from 174mph to 186mph without a slipstream, so basically 10mph. That was it. We couldn’t get any more power, we couldn’t get any better aerodynamics. On a factory-powered superbike, I was around 10mph down on a superstock bike. 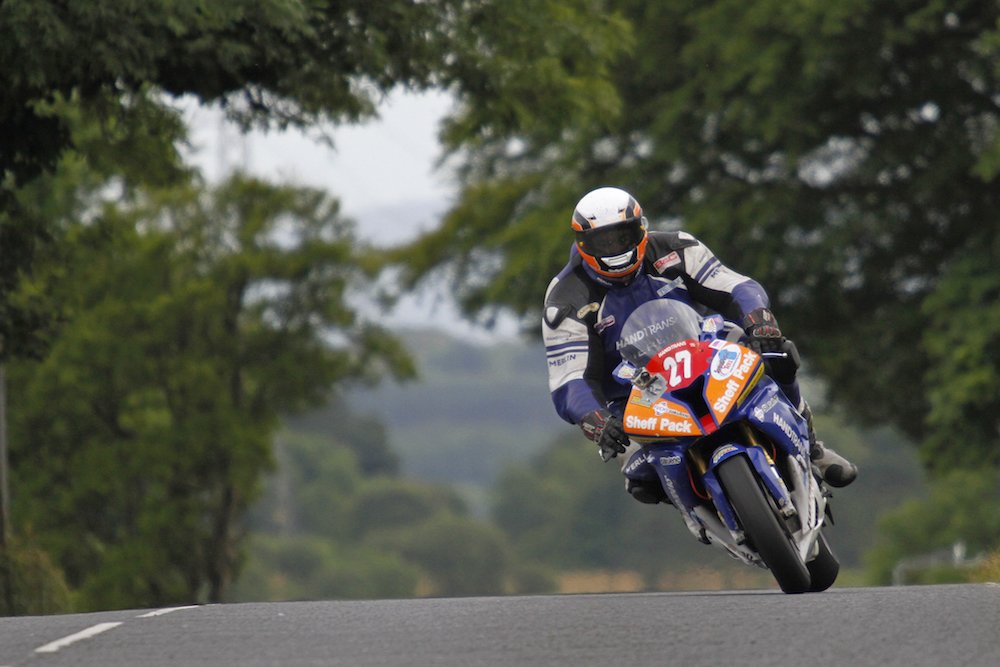 “The TT isn’t all about straight-line speed but on calculations, we were losing around five seconds on each long straight. We decided that the only way to progress was doing something drastic and get some fucking weight off”

Phil, along with loyal sponsors John Chapman racing, Handtrans, SheffPack, and Fleetwood Grab, formulated a plan to give things a proper go in 2016 and raised funds to have a gastric band fitted. “I don’t eat dirty and I don’t eat shit, but I eat twice as much as the next man. I cycle 100 miles a week as well and can have a good run with some decent cyclists. I’m just a lump and it’s [the band] about controlling portion sizes.

“The aim is to be 17/18-stone for the TT next year, and we’ll see how it has effected not only speed but tucking in, as I won’t have as much of a belly in the way.”

We’ll be following Phil’s progression and general antics into and during the 2016 season. It’s a fascinating set of circumstances to see of he’ll be any quicker. We’ll leave you with this – Phil nearly hitting the pub just after over-jumping Ballaugh Bridge at the TT. That poor pub wouldn’t have stood a chance.