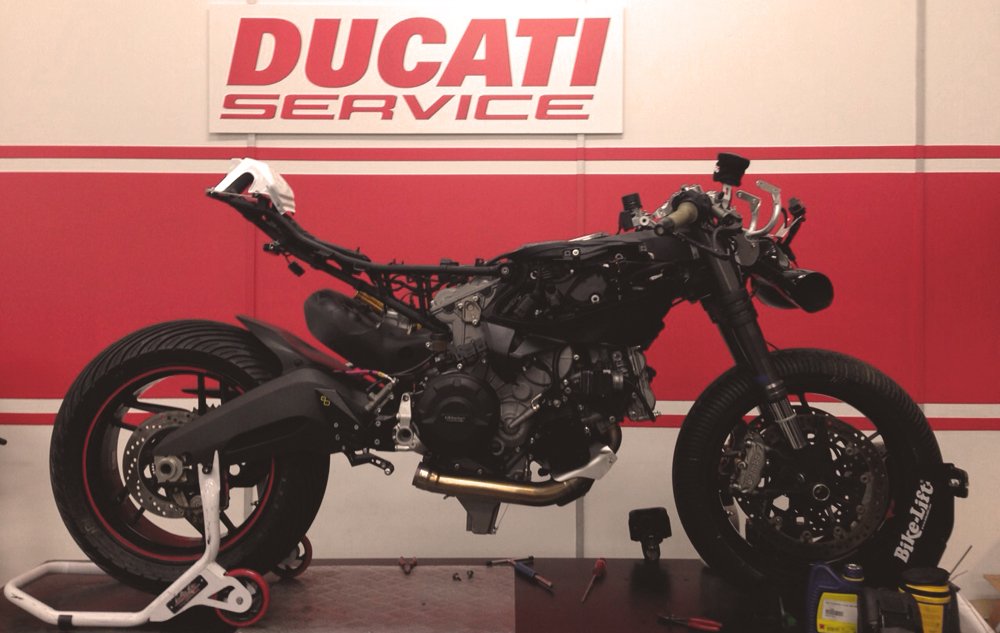 Whoa, whoa, whoa: the sudden realisation that there is less than a month until we start racing has suddenly dawned, suddenly. The first round of the 2015 Ducati TriOptions Cup joins the British Superbike circus at Brands Hatch on the 17th-19th April and I’m beginning to applaud the decision not to join BSB’s first round at Donington Park a few weeks earlier.

Mid-October last year, my 899 was suitable for weighing in at a scarp yard and creating boutique lampshades from the salvageable components – see here. Now she resembles something nearer to an able-bodied Panigale. The boys at P&H Motorcycles have been grafting over the winter: not just to simply rebuild the catastrophic shitstorm I caused, but extracting the best from the 899 and pushing for those marginal gains.

A one-make series always encourages teams to push the boundaries of jurisdiction, of course without cheating. The majority of the Ducati TriOptions Cup riders are supported by Ducati dealers so, with reputations at stake, these blue-chip Desmo shops do not want to be associated with cheating bastards anyway.

In 2014, the series’ first year running the 899 Panigale, there were suspicions of rule bending and piss-taking. MSVR and Ducati have put measurements in place to curb skulduggery in 2015. Rules are pretty much superstock derived, meaning stock engines (aside from uprated con-rods and a slipper clutch, as the standard isn’t for racing), and standard chassis fundamentals and swingarms, etc. Minimum weight is 157kg, which is 12kg lighter then the 899’s quoted dry weight. Brake master cylinders and calipers have to remain but discs and pads can be swapped. We have to run the stock exhaust headers and aftermarket cans, which is a shame as it kills the 899’s output potential – there’s a palpable powerband that needs abuse.

Suspension can be changed, along with air filters and induction tweaks: which leads me onto this little nugget of sex. Up until the Assen round last season, I was running a ‘race’ Pipercross air filter, while my team-mates were using factory MWR components. The team managed to get hold of an MWR filter for Assen and immediately my bike felt sharper in the midrange and eager to build revs. 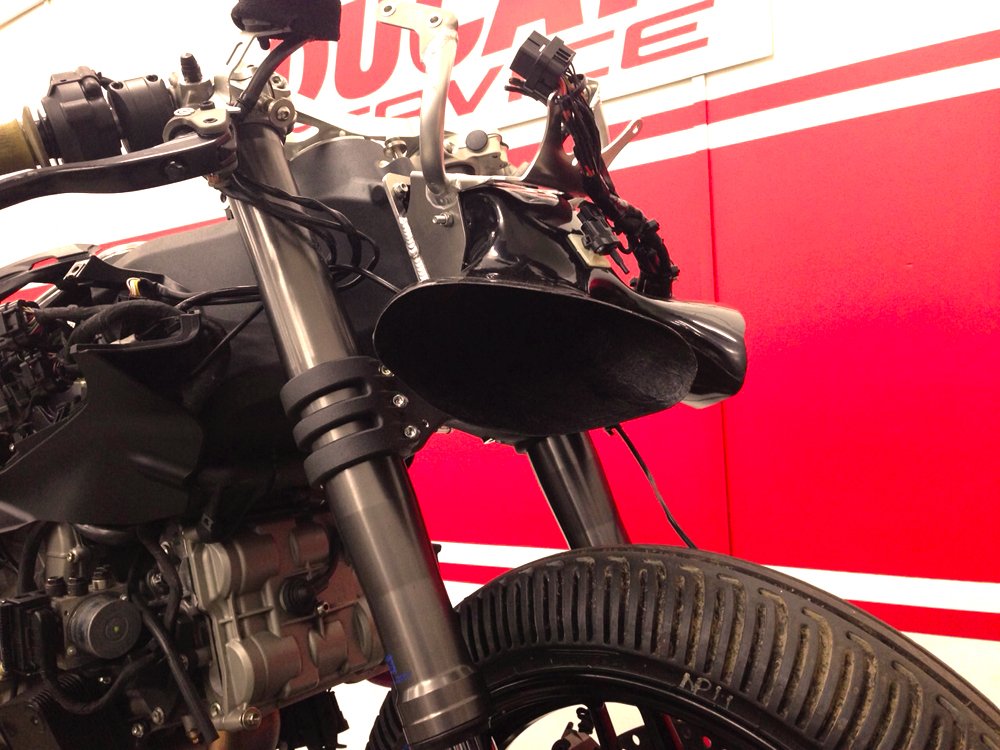 As the rules state, the “original air ducts running between the front fairing and the air box may be altered or replaced,” meaning we can run MWR’s naughty looking air scoops you see on the front of the bike. The OE scoops limit fresh air being sucked in, so hopefully we’ll see some juicy horsepower gains like my team-mates did last season.

As beautiful as it is, the 899 Panigale is a fickle bastard to set-up for racing and it took me half the season in 2014 to figure out its complexities. The first hurdle was swapping the standard slipper clutch for a Sigma item, and understanding how the Sigma’s engine braking worked with the Ducati’s electronic engine braking strategies. The second was setting up the Öhlins shock: we have to run the standard ‘progressive’ linkage, which isn’t too pretty on track as its action is very two-stage. The 1199 Panigale’s ‘flat’ action is far better suited to racing, and I spent the first few races swapping springs and messing with shims in an attempt to find the perfect feeling. Incidentally, the Öhlins TTX25 pressurised gas cartridges are one of the best fork kits I’ve ever tried. It gives the 899 an unbelievably sexy front-end.

Being morbidly obese and the fact some of the riders weigh as much as my ball bag doesn’t help my situation, but every little helps on a grid rammed with 35 identical bikes. Big thanks to all the P&H Motorcycles/Carl Cox Motorsport crew for making 2015 happen…

Note: if you guys want any product reviews of anything you see on this bike, just holla! 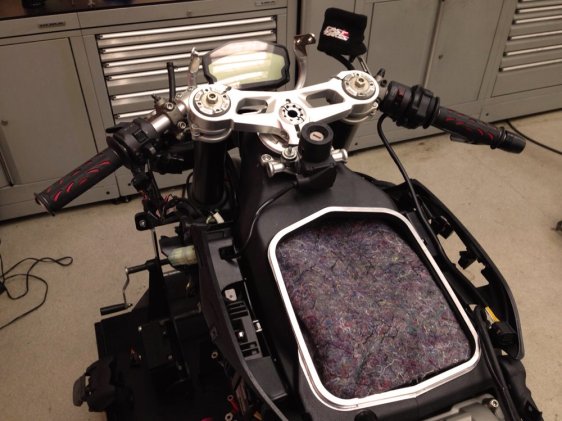 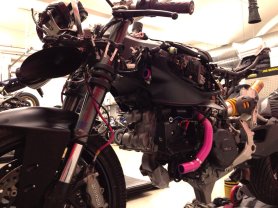 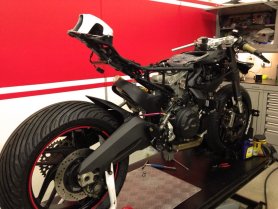