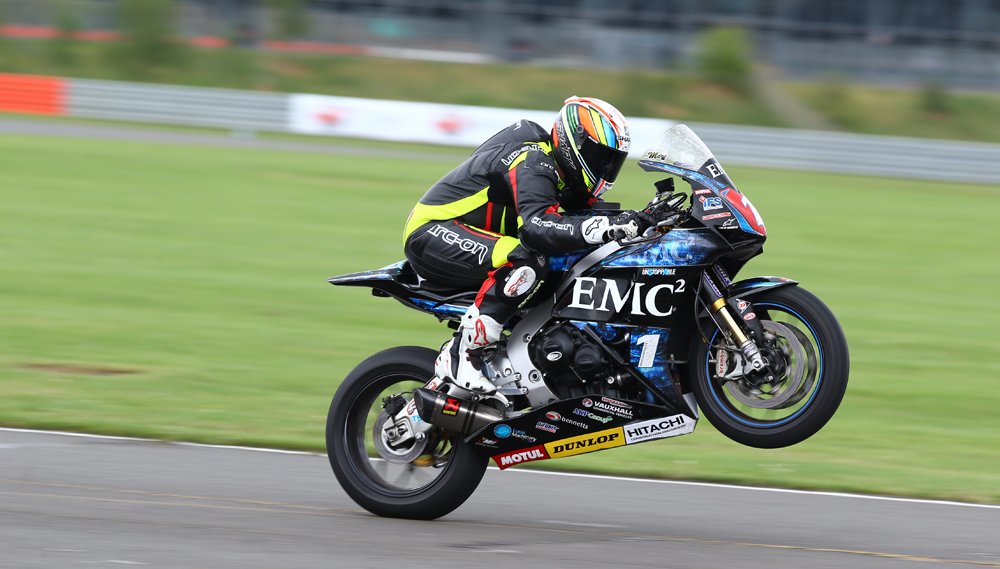 There are numerous specs of rain on my visor. It’s still spitting – lightly spitting but headfucky nonetheless. Stone-cold prototype Dunlop NTECs with chunks ripped out still fresh from a four-lap TT race aren’t on warmers, and all I can think of is John McGuinness talking of “retiring the fairings” when the bike’s done its rounds. I’m absolutely shitting it.

It’s my fault. All I asked John was ‘whether or not he was getting his superstock-spec Fireblade SP out from the display’ inside Silvertsone’s Stowe complex, before offering me a few laps. Only an idiot could turn down such an offer.

The last time this bike was ridden, it was being spanked round the Isle of Man TT course by its owner, Mr J McGuinness in the superstock race – who, incidentally, celebrates 25 years of racing in 2015. The inbred Manx flies still populate the number board and McPint-spec TT screen, an influx of brake dust covers the wheels. It bares the battle scars from the punishment received at the bottom of Barregarrow; the fairing distorted and exhaust beaten. I’m hardly spanking it; more of a gentle stroking. 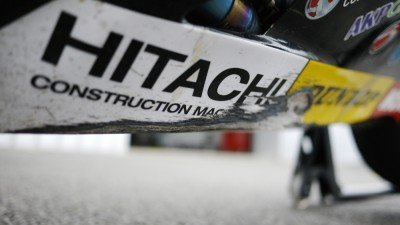 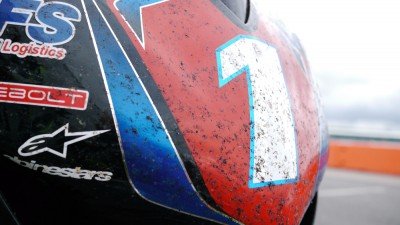 With sponsorship politics occurring (his usual Padgetts superstock steed has Valvoline title sponsorship this year and John has Motul as a personal partner), McGuinness had to run a private Fireblade. Astonishingly, the factory Honda rider paid for the bike himself.

“I bought it with my own shillings. EMC and a few guys chucked a few quid in the pot but it’s built in the garage, looked after by Mark Hanna (fabled racing spannerman extraordinaire), funded by mine and my missus’ hard-earned dosh. We’re pretty proud of what we did.”

Trepidation aside, the first impression is just how big, tall and spacious this bike is. “It has to be comfy,” say John. 151 miles on a sportsbike is plenty enough for mere mortals like ourselves, at our humble speeds, let alone between the hedges at eleventeen million mph chasing a TT win. No wonder the pegs are low and the seat is sparingly padded. 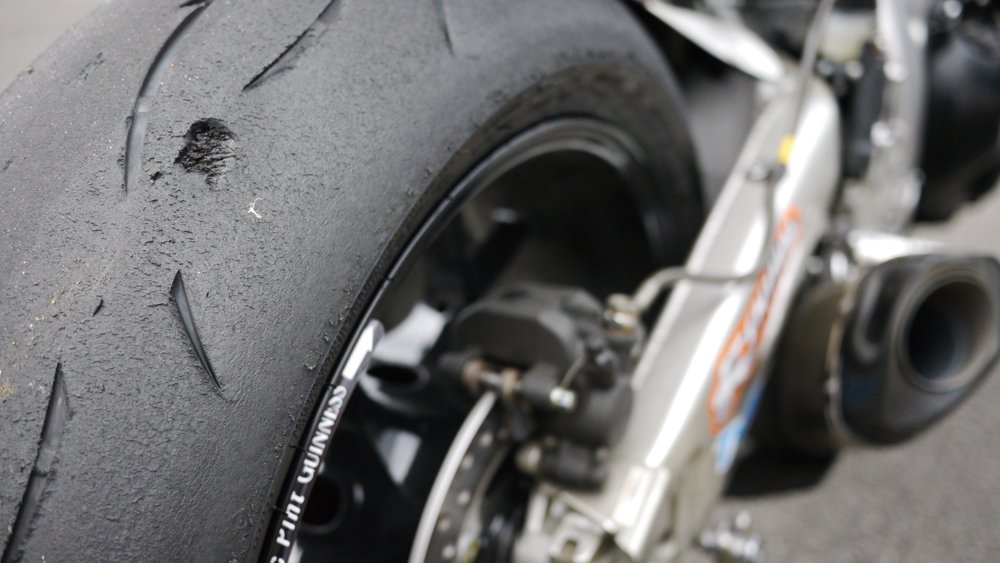 Those of you who have sampled Dunlop’s super-sticky D212 GP Pros will comprehend how iffy they feel when cold. Running at stupidly low pressures to counteract the technology, the first lap was all about keeping her upright, feeeling for grip, and trying to look fast for the camera – particularly with persistent drizzle and John gazing over pit wall. No pressure then.

As the tyres started to induct some heat, the bike started to make sense and the throttle finally received some mild abuse. I didn’t bother gazing at the speedo. Even at my mincey speed, it just wanted to wheelie everywhere at anything over 25% throttle. Tall gearing exaggerates the already torque-infested but beautifully linear power delivery, and it’s super-smooth. There’s a 16t front sprocket and a 43t rear sprocket to handle the TT’s warp-speed decorum, which ensured I didn’t further 3rd gear. I suggested the 44t option. He said no.

“They have got a lot of torque but I just short-shift everywhere. In my head, I want to use the rear brake, but because it hasn’t got a thumb brake (due to rules), I don’t use it and I’m on and off the throttle all the time. We’ve got it fairly long, as long as it’ll go, but it still wheelies everywhere. It gets a little bit frustrating when they’re on the back wheel, and they’re on the back wheel everywhere at the TT. You’ve got to get over the front of it and wrestle the old girl, and just deal with it.” Right you are, sir… 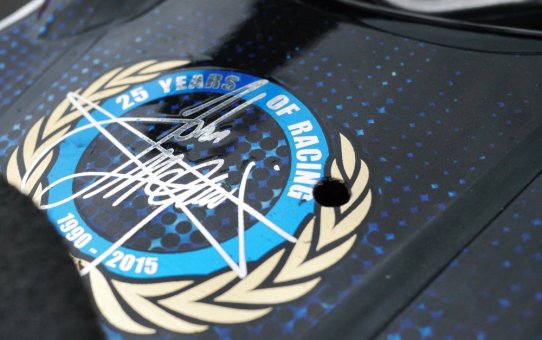 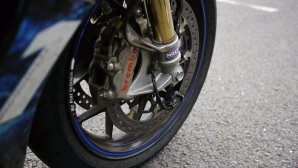 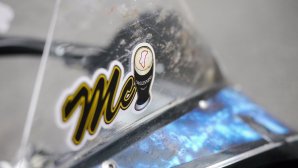 Wobbling round Silverstone’s nadgery Stowe circuit, the #1 bike – understandably – feels a little lethargic during turn-in. Sorting a bike for the TT requires a unique set-up and unrivalled knowhow, with 99.99% of the corners favouring speed and stability rather than sharp, pacey steering. The rear wheel is buried as far back in the swingarm as possible and John’s bike feels very flat. Tall but flat, and unlike any other Fireblade I’ve ridden.

It’s also on the firm side of stiff. McPint ain’t a slender pint-sized jockey and the TT’s bumps, swells and idiosyncrasies necessitate a stiffer suspension set-up: some very interesting reading here from the boys at Maxton on how to cope with the IOM’s curveballs.

The sump is a gnat’s pube from hitting the deck at Barregarrow but that’s part of the inimitable challenges. “You can see the damage it’s doing. You’ve just got to find a balance, a happy median. You’ve got to find the range that the Hondas work in, such as fork length etc.”

With the influx of 200bhp, techno-laden machinery in 2015, it’s little surprise that the ageing Honda lacks top-end pace and cutting edge of the BMWs and Kawasakis, yet keeps on giving to some extent.

“We did the best we could with it. I did a personal best time in the superstock race, I finished 8th, which when you roll off the tongue it sounds shite, but it wasn’t. I was first Honda home, I got a silver replica but it’s difficult class.

“One of these still holds the superstock lap record by Michael Dunlop in 2013, which I absolutely doff my cap to Michael to do 131mph lap on one – it’s incredible. I haven’t really got any excuses!” 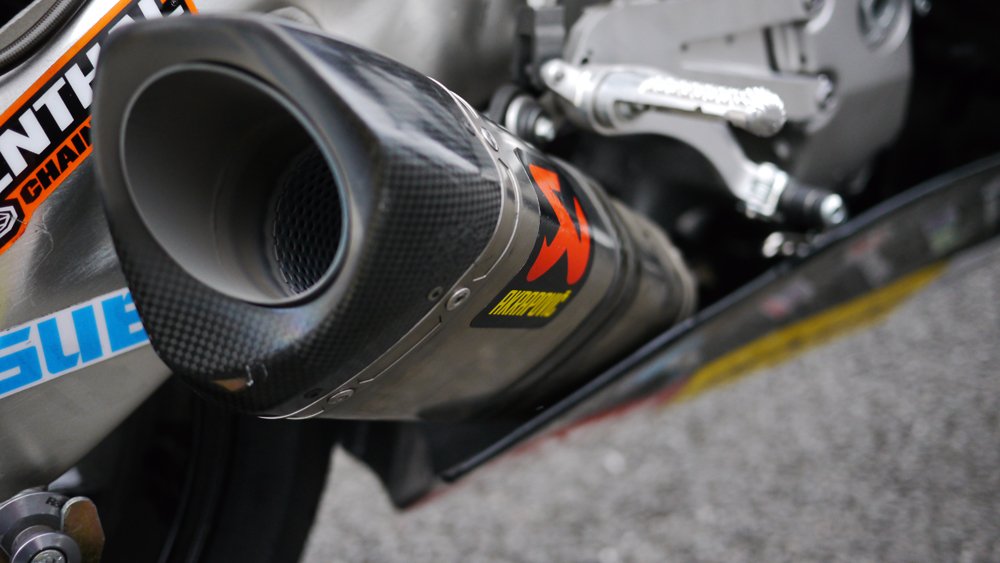 Engine: TT superstock bikes run under full FIM rules, which allow more tuning and electronics but the engine has never been out the frame according to John. It’s bog-stock and uses a Dynatek fuelling module with a secondary unit to assist with consumption. A naughty looking Akrapovic pipe lets allows the gases to escape.

Electronics: There’s a kit loom and ECU, which gives more adjustment: more revs, ignition tweaks, and you can mess with the tickover – John’s bike idles at well over 1,500rpm. “It doesn’t give much more power but a little more revs to play with. You can put a little more or less fuel in it. It’s got a bigger tank (21 litre) that goes under the seat because it won’t finish on a standard, so there’s also a kit subframe.”

Suspension: “We use Maxton on the World Endurance bike. At first, I was like, ‘have we really got to use it?’ But I went in with an open mind and we tested back-to-back, and it really impressed. We did a 24hr endurance race and the stuff didn’t miss a beat.

As John says, “it’s just a ‘Blade.” I’m sure it is to you, pal, but this is one über exceptional bike to anyone else despite the relatively samey Honda dynamics. Several laps and a few passes of the camera was enough for me. I feel utterly honoured to have straddled the old girl. 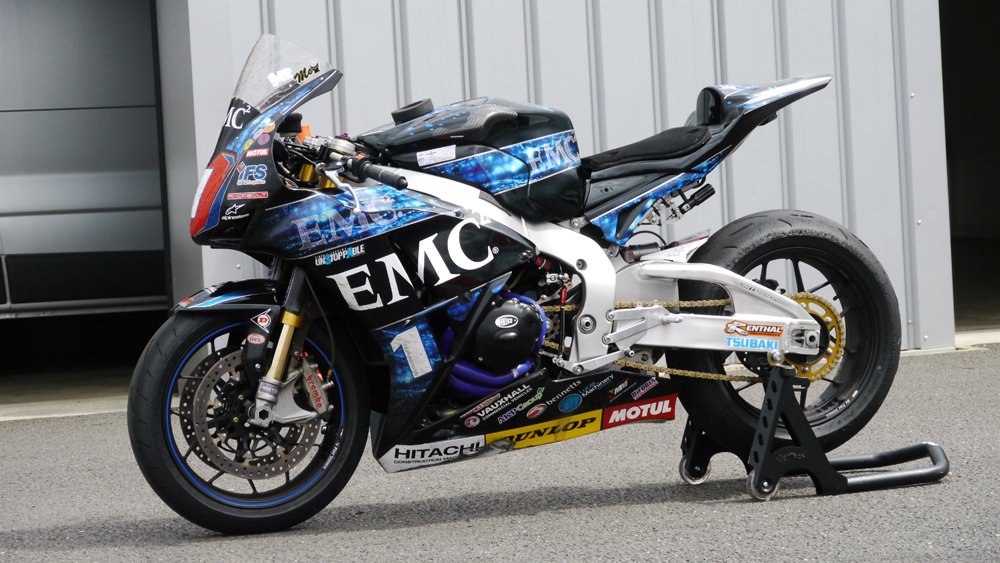 Thanks to: Bennetts, Double Red and McPint…