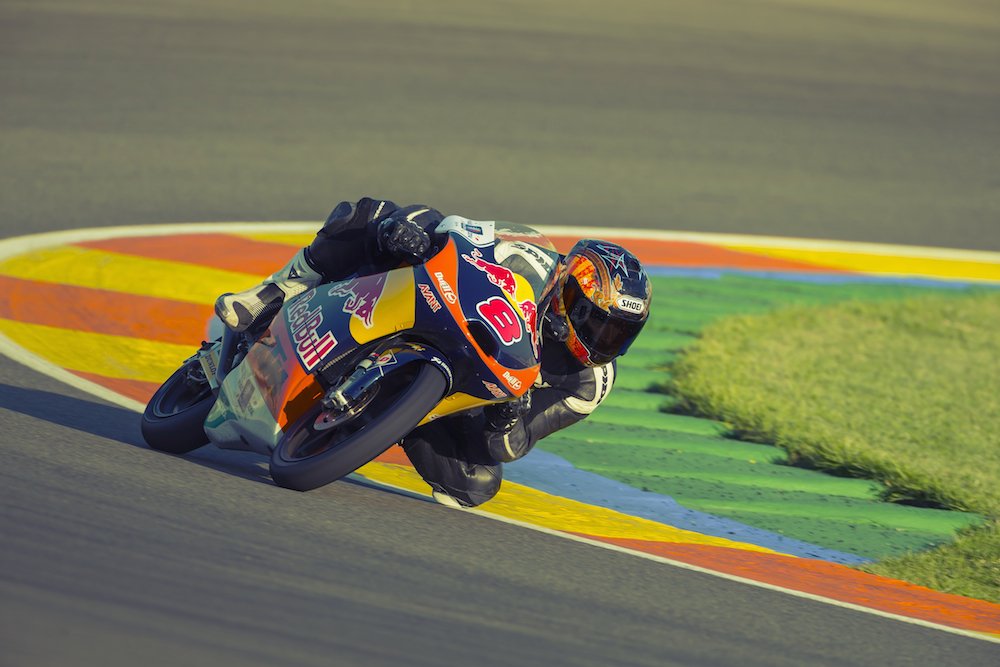 Much has been made of helmet-mounted cameras and consequent safety fears over their contribution in furthering injuries, specifically head trauma. As motovlogging erupts and the digital era evolves, sticking a camera on your noggin has never been so popular.

From a corporate health and safety point of view, the uncertainties have led to a blanket ban on helmet-mounted cams at trackdays, robbing the internet of enthralling pilots’ point of views, entertainment and glorious high-definition. There’s something inherently involving (as seen in the 60fps vid below, of Baron spanking a GP bike) about POVs that’s impossible to capture with a fixed mount, regardless of fanciful gyros or gimbals. I don’t know about you, but the last thing I worry about when heading onto a track is how an onboard camera – wherever it’s mounted – will affect injuries during a crash. Usually a juicy highside can do enough damage alone.

And what was an almost default piece of paraphernalia among the sport of motocross has also been banned for 2016. The International Organisation of Professional Drivers (IOPD) along with the ACU has now put a stop to helmet mounts in a bid to reduce Chronic Traumatic Encephalopathy (CTE) or brain damage, whiplash, including neck and spinal injuries. Let’s hope common sense prevails and the suits don’t make them illegal on the highways. After all, there are some cracking pieces of evidence flying round…

Michael Schumacher’s unfortunate incident undoubtedly sparked negative interest worldwide, though the impact was so severe, many suggest that any helmet wouldn’t have been able to absorb such force. While other forms of sport utilise helmets made from materials akin to Wensleydale, offering scant protection in the process, motorcycle lids are largely safer and superiorly constructed for obvious reasons. And given the feeble mounts supplied by the majority of camera manufacturers – where a stray fingernail or spontaneous sneeze could shatter the material – is there quantifiable verification that these nasty things are solely responsible for head trauma and other related injuries?

We were sent details of some research commissioned by the BBC, where the Transport Research Laboratory (TRL) carried out a number of tests to alleviate these fears. Clearly, there are innumerable variables associated with crashing that cannot be accounted for, but any positive news is, erm, positive.

TRL used climbing helmets mounted on the sides, front and top for the test, so lids that offer far less protection. Energy transference to the ‘head’ was measured during standardised impact challenges, in line with a number of European standards. Further injury thresholds, defining a less than 50% chance of either a fracture to the skull or loss of consciousness for less than one hour, were also identified from scientific literature to provide further comparison. The results showed that all three configurations posed no increase to risk of head injury beyond ‘current legislative performance requirements.’

Of course, we’re no doctors or doyens of biology, and this test doesn’t exactly cement the safety aspect, but does the hype affect you?