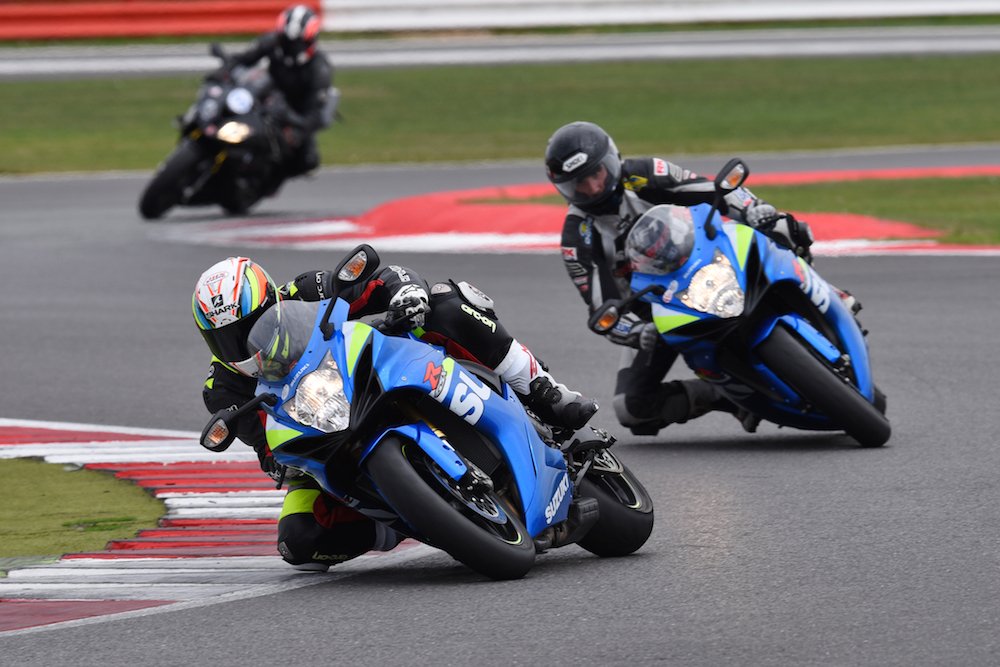 If you’ve been living in an inexplicable underworld in recent times, you’d be forgiven for overlooking the 30th anniversary of the GSX-R. In fact, given the relative lack of celebrations and new Suzuki releases to cover this milestone, you’d be forgiven anyway. At the same time Route 66 opened, Suzuki launched the now iconic GSX-R750 in 1985: in many eyes, the bike that moulded sportsbikes as we know and love today. 30 years later, the Seven-Fiddy may not boast the same levels of desirability but we were reminded of the current model’s sheer thrills and undiluted skills at Suzuki’s all-star trackday staged at Silverstone recently.

Once a prevalent mainstay of the sportsbike fraternity, the GSX-R range has been dwindling somewhat over the past decade – mainly due to European manufacturers’ resurgence and far more attractable buying options. Ducati’s 899 Panigale, for example, has surely diverted potential customers looking for the ultimate sporty middleweight.

Considering a large chunk of sales are bagged on looks alone, blame can be partially assigned to the repetitive aesthetics of the GSX-R range that’s changed little over the past decade. Suzuki hasn’t exactly pushed the styling boundaries, or technology for that matter, and I don’t know anyone who wasn’t disappointed by the absence of model updates to commemorate the 30th birthday shindig.

For 2015, the entire GSX-R range has been treated to an optional ‘MotoGP’ paintjob (which, to be fair, does look immaculate in the flesh) and joins an assortment of Yoshimura titbits including the R-11 can. Of course, none of these goodies are likely to make you any faster or attract members of the opposite sex, although there’s an element of prestige for your £9,899. But let’s forget being subjective for a second – dynamically, the 750 is almost impossible to fault. 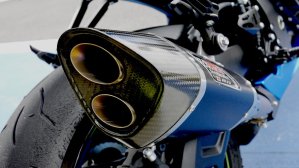 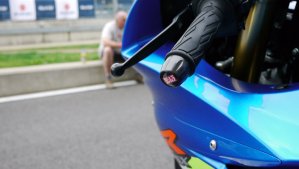 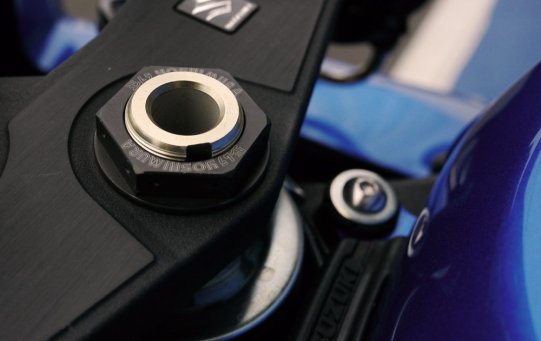 Immediately on start up, the angry induction growl is apparent and unlike no other airbox soundtrack – do not forget your earplugs. The riding position is compact yet still roomy enough for an extensive range of pilot sizes and unanimously accepted among many. There’s a real sense you’re in total power, as the controls are soft to the touch; clutch action effortless; gear lever yielding on the toe. The only irritating ergonomics feature is Suzuki’s insistence on angling the front brake lever towards the moon.

Pitched against Ducati’s 899 Panigale (a question often posed), the Suzuki GSX-R750 is still a very unadulterated and valid preference to technophobes or those who simply want an easier life. There’s very much a simplistic girl-next-door facet to the Suzuki: a bit Tinder, rather than the Panigale’s beautiful Latin doesn’t-fuck-on-first-dates attributes, and the 750 isn’t laden with quirks or idiosyncrasies of the Ducati, nor the veritable feast of electronic gizmos, which can often be misconstrued as less involving. Granted, the Suzuki also doesn’t brag the edge-of-the-seat riding sensations of the Ducati but it’s still an enthralling machine when spanked and faster against the stopwatch. It’s also far easier to ride in a wider parameter of environments.

We spent the day at Silverstone switching between 600s, 750s and 1000s, although a large majority of our time was consumed aboard the middleweight. Other than different colour fork tubes and the less subtle ‘750’ on the seat unit, you’ll struggle to differentiate between the two smaller capacity GSX-Rs. Sharing the same chassis as the 600, it’s no wonder the 750 feels short, stubby, compact and always seems primed for your next input. 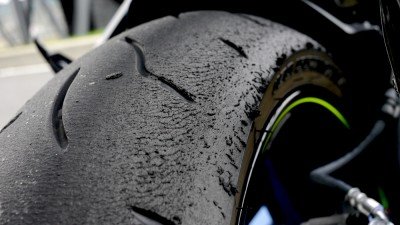 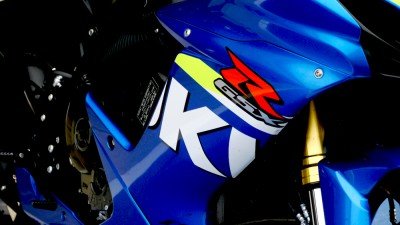 It certainly wasn’t the bike playing the part of limiting factor on track. Bridgestone BT-016s simply aren’t good enough for toady’s trackday needs, lacking feel and outright grip, yet the 750’s abundance of mechanical grip more than makes up for the final contact patch. It feels constantly suckered to the surface beneath and whole package provides instant confidence and assurance, rarely stepping out of line or throwing up any nasty surprises. It hasn’t got the clinical precision and water boatmen reactions of more modern, more refined machines when chasing tenths on a track, though 99% of us will never suffer with these deficiencies and revel in the Suzuki’s stable manners.

Steering is as neutral and progressive as they come, with the front-end always willing to be punished. While dated, the suspension brags a fine mix of bump compliance for the road and poise that limits weight transfer during track sorties. This all equates to being able to carry corner speed to match far more complex and more expensive superbike exotica, and it all comes so naturally too. 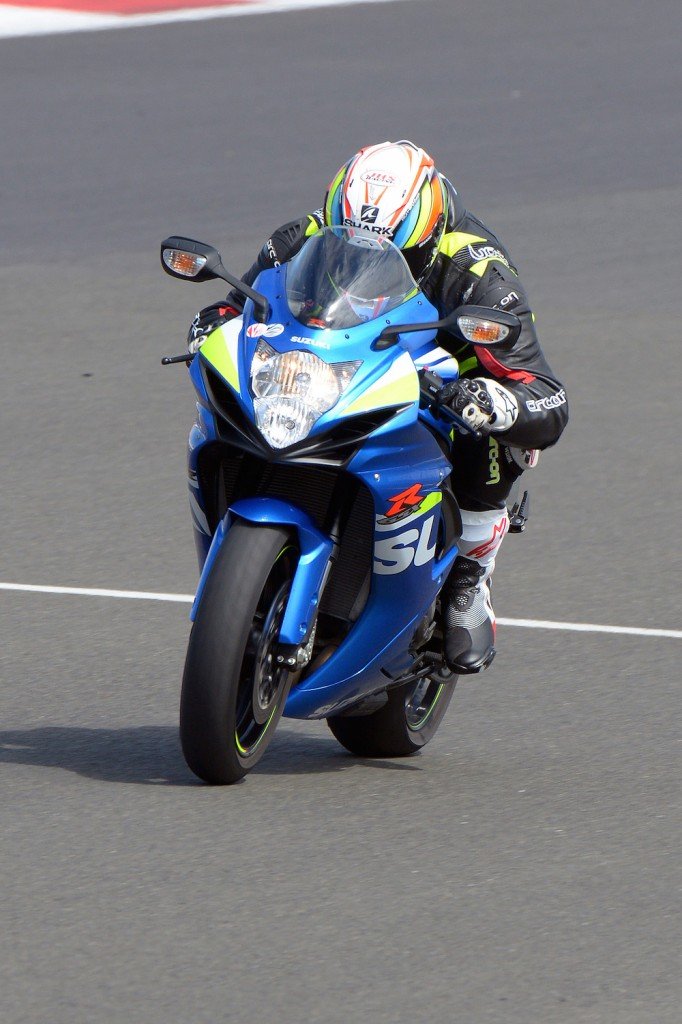 Although this particular shoot was staged at Silverstone, I’ve clocked up thousands of highway miles aboard a Seven-Fiddy in previous years. It has to be one of the most capable road bikes ever made, the archetypal (and obvious) perfect balance between a rev-hungry 600cc and the sometimes too-gnarly litre steeds. Rarely are you left wanting more from the motor, and the chassis’ aptitude can get you out of (and get you in) any mischief.

There’s nothing sexy or extravagant about the four-pot motor, and no modern, free-revving etiquette. But the 750’s additional midrange zip and sprightlier delivery over its 600cc brethren makes life easier in most milieus, particularly trackdays where making a pass becomes less deathy. While it can be a bit fluffy right at the bottom, you can really take the piss with the throttle, again with that onslaught of mechanical grip and sublime rear wheel connection to the right hand. Although linear, the GSX-R still thrives on redline entertainment and there’s something undeniably satisfying about thrashing the 750. Inner piece can be found within, or something. It’s like riding a full-on, tuned supersports racer but with all the reliability and longevity of a stock engine.

In today’s materialistic society, techno-queens could bemoan the GSX-R’s lack of electrical appliances and buttons to press, but its fluid riding formula is simple: just ride it. The only gadgets – the S-DMS power mode buttons – are purely for show: a marketing tool and ‘safety’ feature that mollifies suits, and takes up handlebar space. Given the 750’s immense ease of use, crisp throttle action, peachy fuelling and affable power delivery, ‘B’ and ‘C’ modes are utterly redundant unless you’re feeling particularly soft.

Personally, I love the GSX-R750 and always have done since the SRAD era. Would I buy one? No. It ticks every box except an all-important aesthetical pleasures box, with only a styling upgrade needed to sway the verdict. Its arsenal is almost faultless, and the only negative on track would be fading brakes and excess lever movement when things get sizzling, but now we’re being pedantic.

Suzuki’s 2015 sales figures are correlated to cubes, with the GSX-R600 attracting 178 customers, the 750 seducing 272 sales and the Thou’ claiming 314 since January this year. Not bad considering sportsbikes are shit, it’s a dying breed and everyone hates sportsbikes. And UK roads are littered with used GSX-R750s – not surprising given the second-hand bargains currently saturating the market. We can’t wait for the all-new version, please Mr Suzuki? 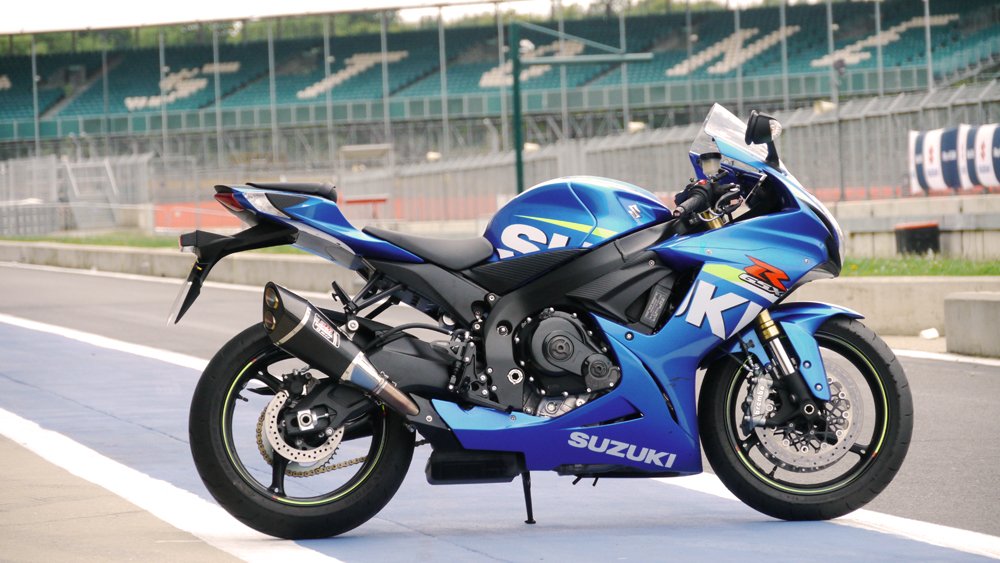 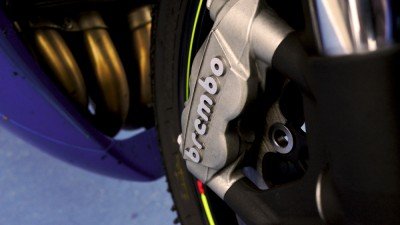 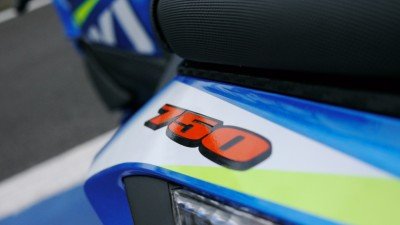