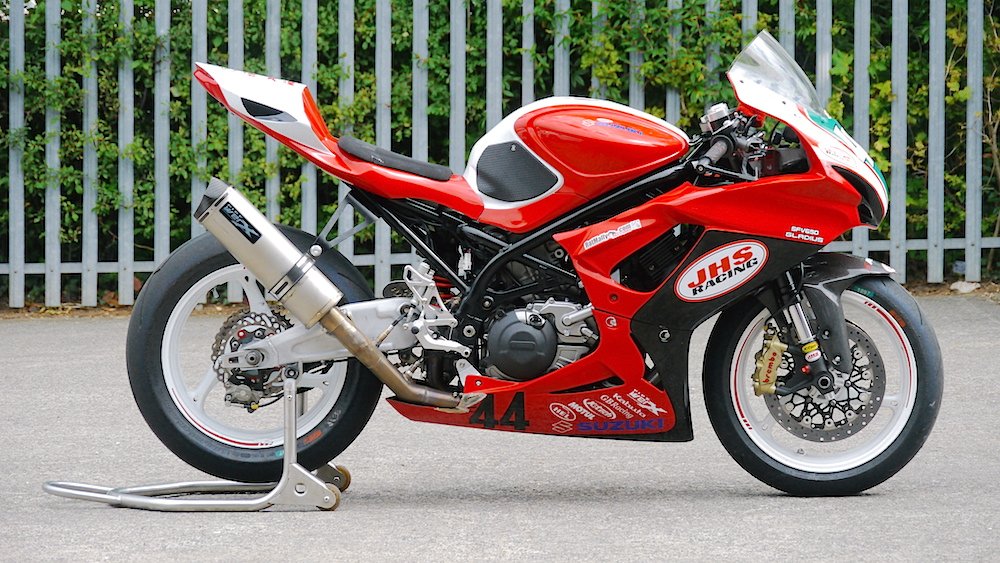 Judging by its spec and simplistic ethics, we’re guessing Suzuki’s middleweight naked and budget happy-shopper was never meant to be raced round the Isle of Man. The Gladius – or the SFV650 as it’s now officially known – and bikes of this ilk cost £5,000, yet can lap the TT at an average speed of 120mph. But how?

Supertwins racing has proven über popular but also extremely expensive, with complete builds costing anything up to £20k. A lot of the cost has been sucked up by development projects, pushing the little twin-pot motors to destruction and back again. 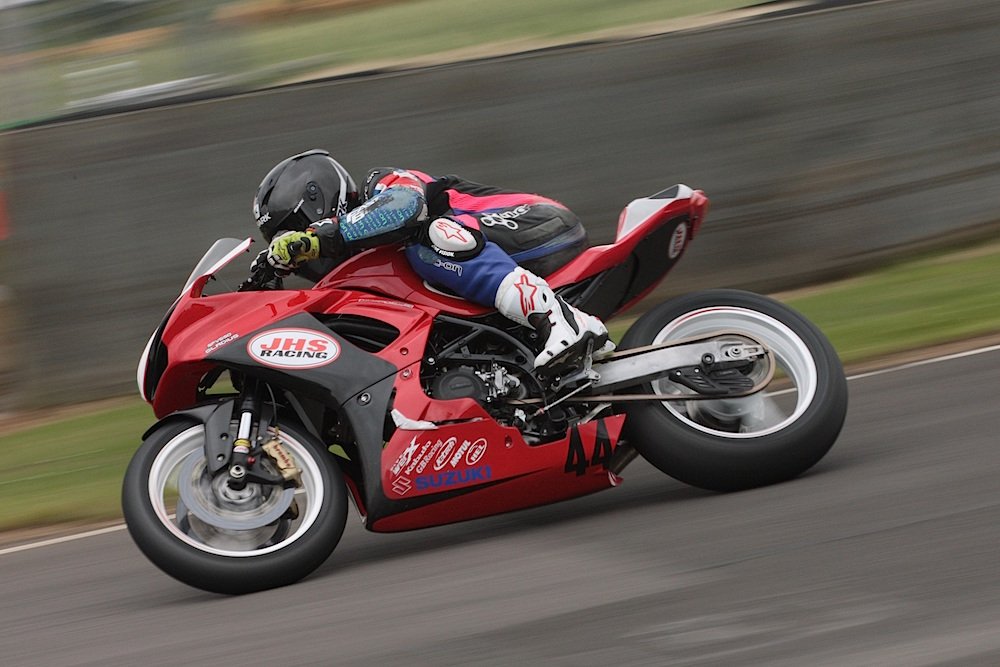 As per the rules, the crank must remain standard. JHS Racing’s own H-beam con-rods and JE pistons complement in-house cylinder heads. Rules are fairly relaxed when it comes to the valvegear, so titanium inlet valves are utilised. The crankcases can also be modified to sustain high rpm usage. This little recipe equates to 95bhp at the rear wheel (easily 30bhp over standard) on a Dynojet dyno, with some ER6s rumoured to be punting out 110bhp. Ridiculous.

James at JHS Racing said he’d break my fucking legs be upset if I revealed exactly what was under the tank of his SFV. After years of trying to make a ram-air system work, JHS went back to basics with the OE fuel feed but the throttle bodies are anything but standard, and play a big part in making big power. The ECU and loom mustn’t be fiddled, so there’s even more potential to unlock power when the rules eventually become more relaxed.

The SFV’s frame remains unchanged, although the rest of the chassis is treated to a complete overhaul. The spindly, sparrow-limbed original suspension is ditched in favour of some bespoke K-Tech goodies. A complete GSX-R600 front-end slots straight onto the SFV’s headstock, as does the DDS cartridge kit (the Gixer forks are shorter than stock, hence the fork extenders). Meanwhile, a 1992 GSX-R750 swingarm looks after the rear of the 650, albeit after huge amounts of faffing and additional fabrication. The rear linkage also had to be revised to remedy a repositioned shock. 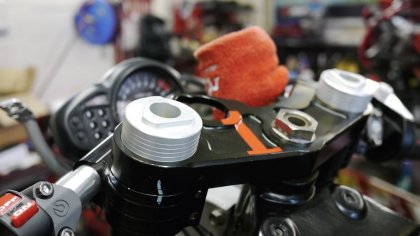 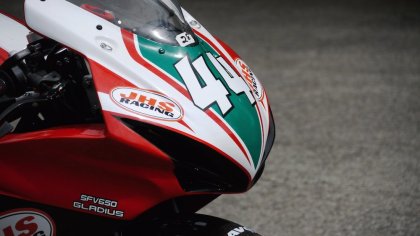 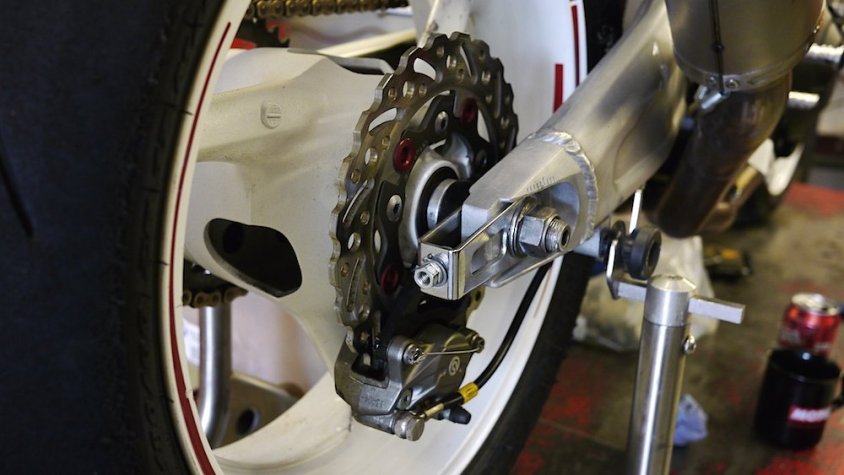 Other noteworthy trinkets include an underslung Brembo rear caliper, a Nova close-ratio gearbox (stock 1st gear is walking pace, 6th gear is like an overdrive function for fuel economy), and the #44 that adorns the number board, which automatically ensures the bike is incredibly sexual.

Thanks to a medley of titanium fasteners and other race components, wet weight is thought to be just under 160kg, which probably explains why I was able to hang with Triumph Daytona 675s in a straight line. It certainly hasn’t got the instantaneous dollop of grunt on tap but the power-to-weight ratio is a winner, even with my morbidly obese frame onboard. Power is very linear but the SFV still thrives on being wafted around the limiter. And it feels nothing like a Gladius.

A stock SFV with an exhaust will barely crack 120mph. This Supertwin was clocked at 148mph through the speed traps at this year’s Ulster GP – only a few clicks off a Daytona’s terminal speed, though still 7mph from the faster Kawasakis.

Having ridden the bike with the standard swingarm, the GSX-R750 unit has made the whole bike much stiffer and more liable to snapping hard – very much like a pukka prototype race bike. It’s been developed, primarily, for Isle of Man TT sorties but the set-up doesn’t hinder short circuit duties, despite struggling with ground clearance during longer turns. In general, it’s one of the sweetest handling bikes I’ve raced, easy to ride hard and loves to be grabbed by the ‘bars and hustled. I just don’t know how it was born from the Gladius.

Dan Cooper’s new lap record of 1m14s was only three seconds off his fastest lap aboard a full superbike-spec Fireblade. He won. I finished second. 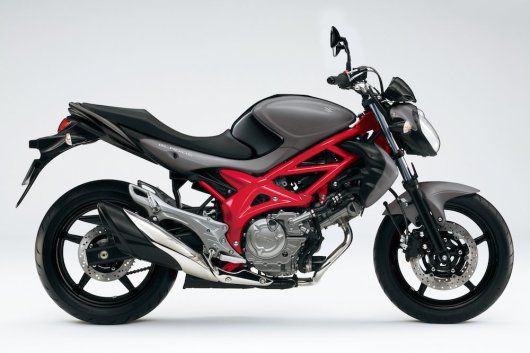 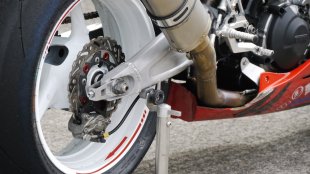 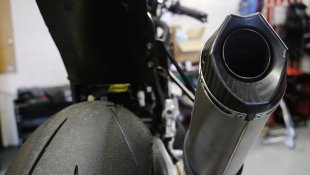