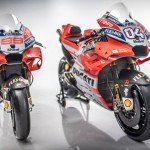 With the usual Ducati cinematic soundtrack resonating in the background, Claudio Domenicali hosted Ducati’s 2018 MotoGP presentation at the firm’s auditorium in Bologna along with a lovely brunette lady in a fresh black number. Gigi Dall’Igna and his marvellous monobrow then took to the stage to talk briefly about the tech side of things. Of course, extracting anything juicy from… Read more → 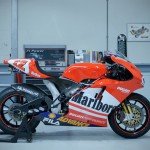 The 990cc era brought big, belligerent beasts and plenty of noise to MotoGP in the Noughties. Manufacturers were still experimenting with engine configurations, chassis set-ups and aero, and rules were far less restrictive than the current directory, which meant a veritable feast of intriguing variations – there was a genuine prototype element compared to today’s sanitised state. While these four-bangers… Read more →