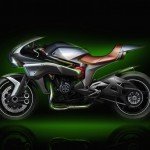 Not content with bragging the world’s most powerful production bike in the H2R, Kawasaki has today unveiled this Concept SC 01 at the 44th Tokyo Motor Show. The Big K has also unwrapped fresh supercharged technology for 2016, and something tagged the ‘Rideology’ strategy aimed at the future. It certainly sounds like forced induction is a concrete path for Kawasaki.… Read more → 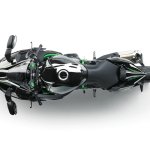 Straight after Honda’s shindig, it was Kawasaki’s crack at releasing some more wiz-bang for public consumption. The ‘track-only’ H2R and its supercharged howitzer was unveiled at Cologne last month and the target power output was 300bhp. Kawasaki, apparently, has exceeded those expectations with 306bhp – its slogan, ‘Built Beyond Belief’ isn’t too far fetched. Superchargers are nothing new for Kawasaki,… Read more → 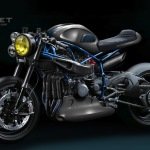 The internet is rife with shoddy renderings of concept bikes and innovative, bastardised stylisations, but there is the occasional gem: like this GANNET-designed Kawasaki H2. The supercharged, trellis-framed monster blew everyone’s back door off when Kawasaki unveiled it in Cologne, and GANNET has added another flavour. Ulfert Janssen is GANNET Design. “The idea was to create a “de-Batman-ized” design,… Read more →