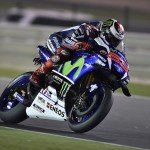 As you may well have clocked from social media activities, we were at Losail circuit in Qatar for MotoGP’s season opener. The principal reason for the jaunt was building investigation work for FIFA the launch of ‘Valentino Rossi – The Game,’ although the main event was obviously some intense racing in all classes. The gaming industry has, seemingly, endless pots… Read more → 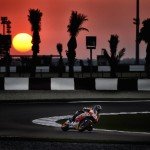 Wings, winglets, aero nodules: call them what you will. Every Tom, Dick and Harry has been testing them under the floodlights at Losail, but it was the wing-less Suzuki of Maverick Vinales who ended the second day fastest. Many attempted race simulations for the first time this ‘season’ despite a greasy surface. All riders/teams tested new Michelin compounds and tried… Read more →