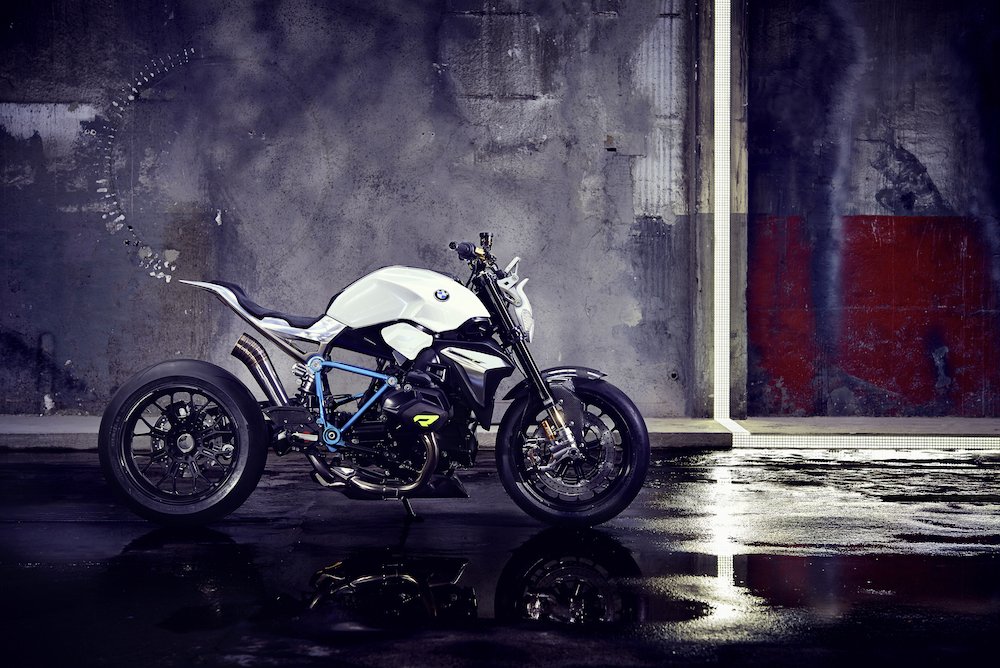 We’re not talking budding bedroom designers and whacky computer renderings that have zero chance of making reality. These are our top-5 official manufacturer specials that really should – but probably never will – make production.

The Concept Roadster was teased into the public domain last year and when BMW announced an all-new R1200RS, we all got über excited. Of course, the R1200 was dulled down for mass-manufacture and the Concept Roadster remains firmly at the top of our production wishlist.

Unlike some concepts, BMW’s roadster lives and breathes, sucks, bangs and blows. A Boxer (what else) engine making 125bhp is housed in a light tubular space frame, complete with single-sided swingarm and a sexual self-supporting rear subframe. 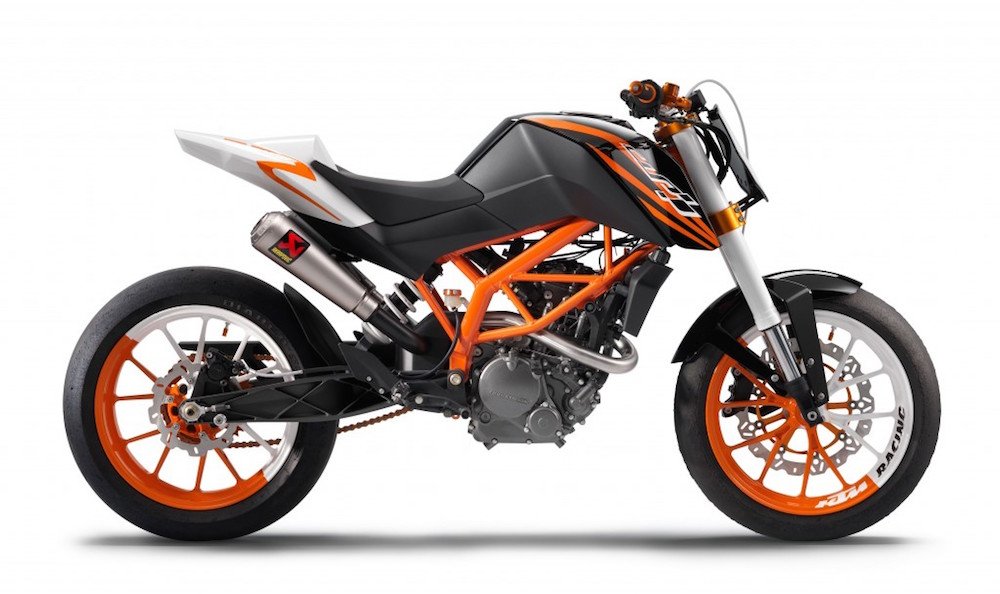 A classic example of how to make a 15bhp learner steed appear blisteringly sexy. KTM’s 125 Duke actually made the showrooms but, like ‘The Beast’ version of the 1290 Super Duke R, it was vastly diluted from this concept released in 2009 and was used as a teaser for eventual production.

Mr KTM, can we please have the two-tone wheels – usually saved for supermoto and concepts – on future mass-produced orange bikes? Classy WP suspension was replaced by budget, non-adjustable bouncers, and the Brembo four-piston caliper swapped for more budget componentry on the Duke, which was eventually built in India. We’ve got a feeling that Akrapovic Moto2-style can won’t pass emission tests. 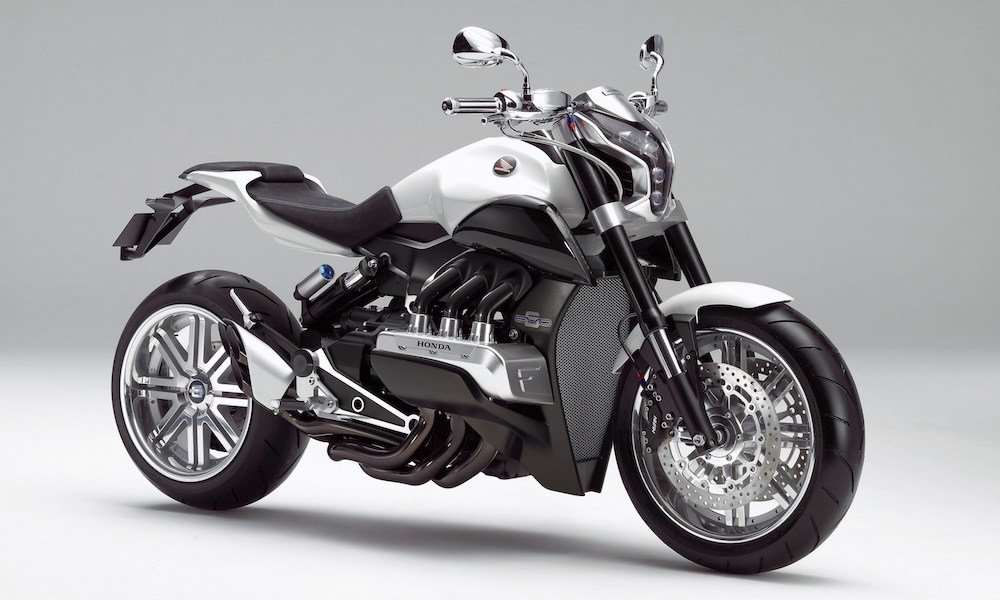 Who wouldn’t want to try and tame a 1,800cc six-pot? Honda’s EVO 6 was released in 2007 at the Tokyo and uses a Gold Wing lump wrapped in an uncluttered chassis. The big news along with the big bike was HFT – Human Friendly Transmission – that was ultimately debuted on the funky DN-01.

With a single-sided swinger’ and styling suspiciously similar to Ducati’s Diavel, we’ve yet to see anything quite as badass from Honda since the EVO 6 was unwrapped. Then again, the RCV proddy racer is due soon… 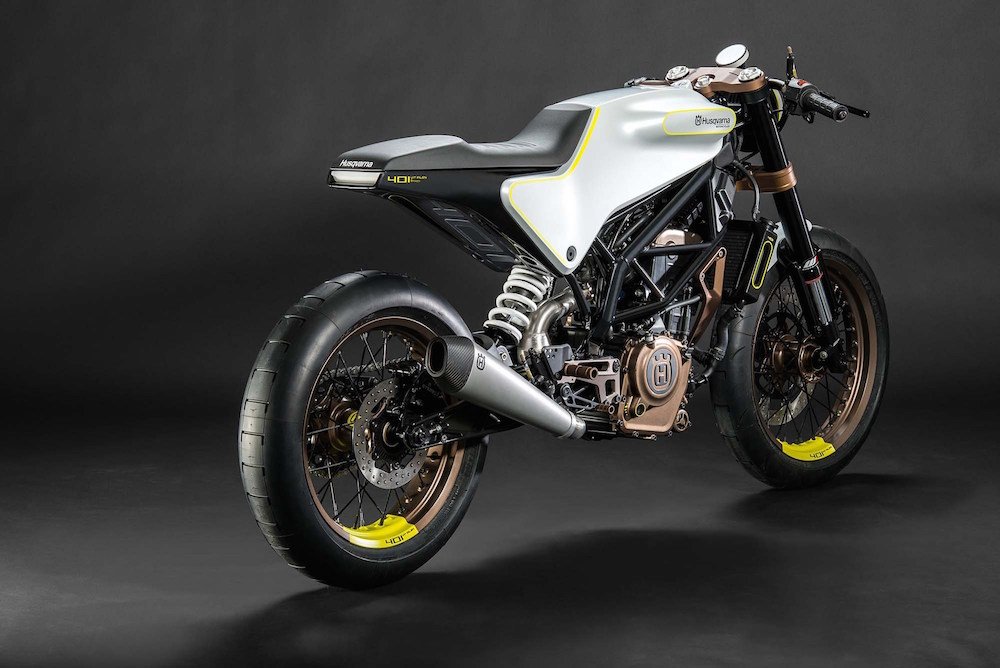 When BMW ditched Husqvarna in 2013, KTM capitalised and bought the old sewing machine brand. The 401 VITPILEN (which is Swedish for ‘White Arrow’) concept is a ‘small glimpse of what the future street chapters will look like’ and takes inspiration from Husqvarna’s exploits from the 60s and 70s.

Being KTM-owned, there’s WP suspension and a trellis frame, ministered with exquisite styling. Let’s hope this is the future because the 401 range is fucking cool. 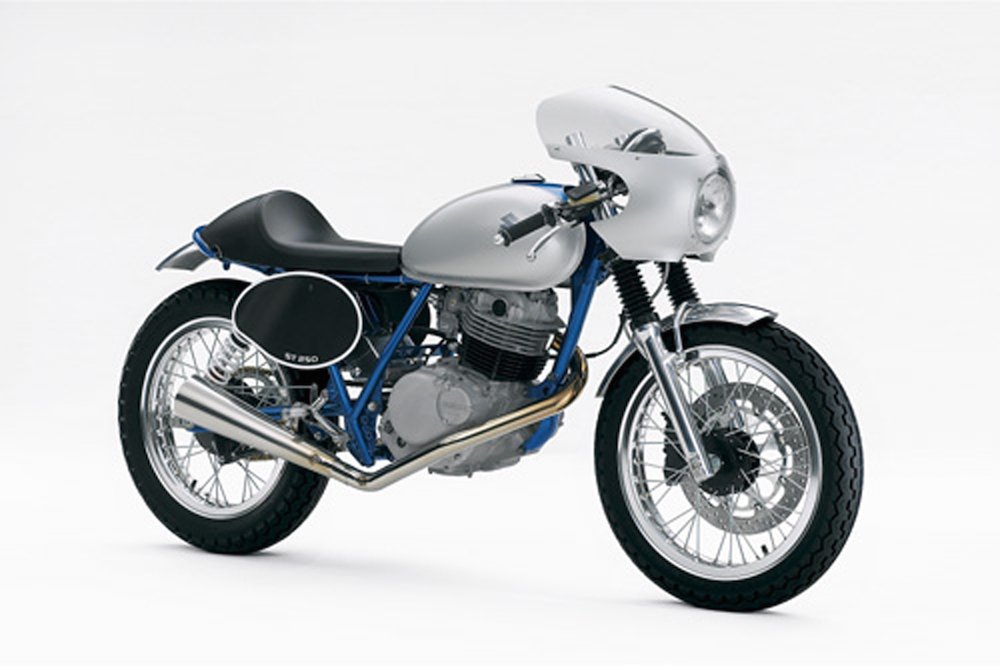