A Trio of Sexy Scramblers 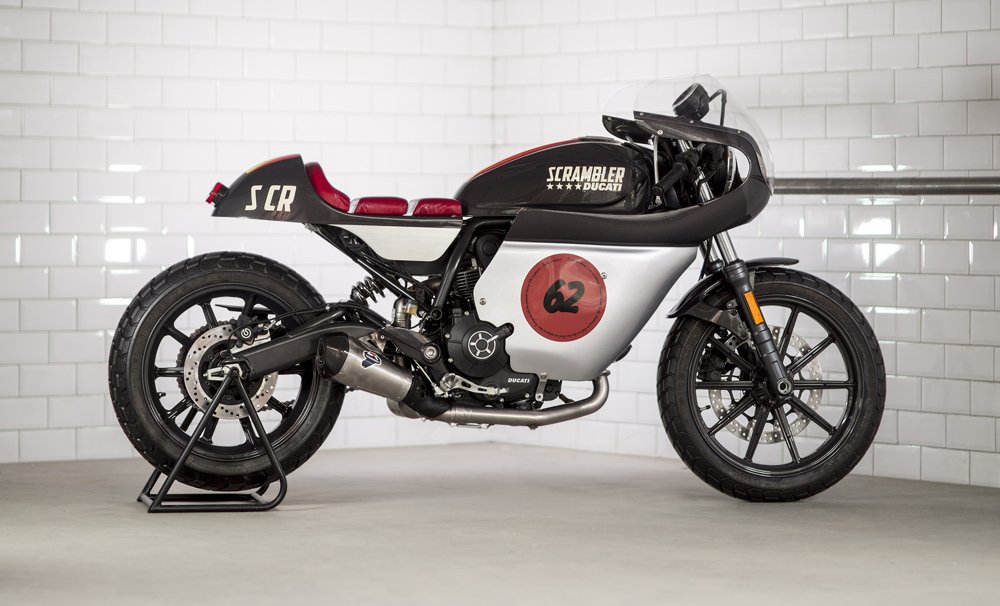 Living in Italy has its obvious benefits: exquisite coffee, proper pizza, beautiful cities and architecture, just as beautiful ladies, sunshine in the summer and lashings of snow in the winter. Limoncello rhymes with Mugello. The list is endless but we’ll finish with Verona – the home of Shakespeare’s Romeo and Julian – and this weekend’s Motor Bike Expo.

The sometimes-maligned Land of Joy will primed to allure showgoers to all things Scrambler in Verona, as Ducati has selected a trio of pimped customs to showcase. Pictured above is the Peace Sixty2 built by Mr. Martini: the Verona-based builder’s second Scrambler following the Ducati Café Racer project. The Peace Sixty2 is based on the new-for-2016 smaller capacity Scrambler, with an obvious homage to classic racing with that 1960s fairing and retrosexual aesthetics. Mr. Martini also paid respect to the recent events in Paris, hence the name.

It caused the internet to breakdown yesterday and we can see why. The core fundamentals of a stock Sixty2 remain, largely boosted by a barrage of cosmetic updates like that plexiglass nose fairing that allows the original headlight to be utilised. Clip-ons and a custom leather seat – which looks like something out of an Ann Summers catalogue – complete the Peace.

After the initial Scrambler launch, Kevin, 31, from Warrington said: “I’m not ‘avin that lady’s lump. I’ll keep my fookin’ Gixxer.” On closer inspection of the Peace Sixty2 and Mr. Martini’s craft, Kev declined an interview through fear of humiliation, though off-the-record comments included a medley of humble superlatives aimed at the Peace Sixty2. 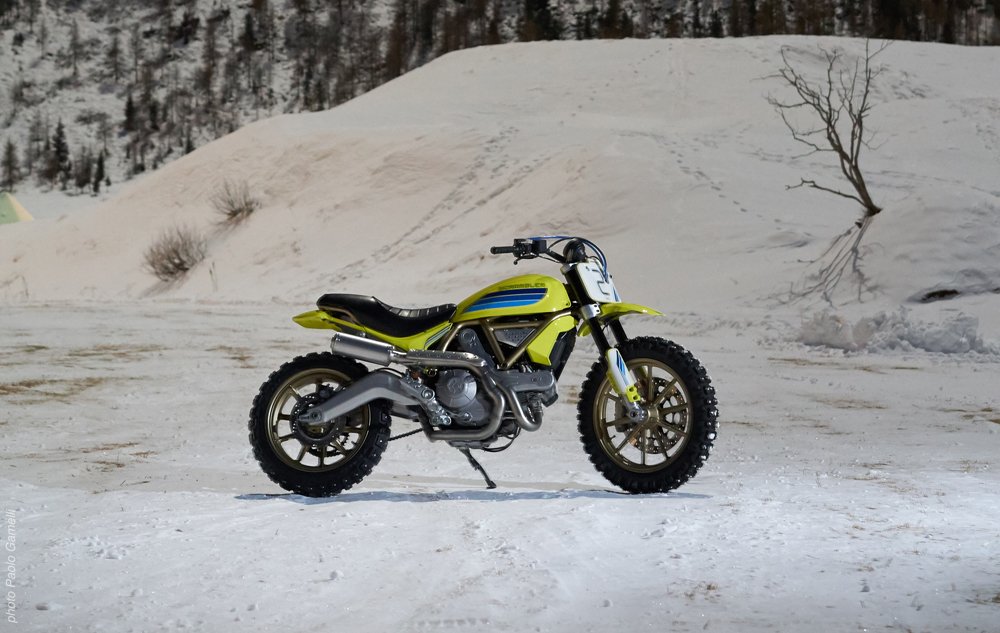 Just as sexy, though in an entirely diverse form, is the Artika from the Dario Lopez Studio: a modern take on the Ducati Pantah Ice project from the 70s with a hint of retro Suzuki RM motocrosser thrown in. Based on the Icon version, the fluoro yellow paint, chunky tyres and subtle cosmetic enhancements mean I want to sell my children to buy it.

Last but not least is the Revolution from Milan-based Officine Mermaid. Like the Peace, it’s formed from the Sixty2 and represents the bobber crew with a feast of hand-crafted goodies. Open belts, bobber-spec forks and the leather seat make the Revolution revolutionary. 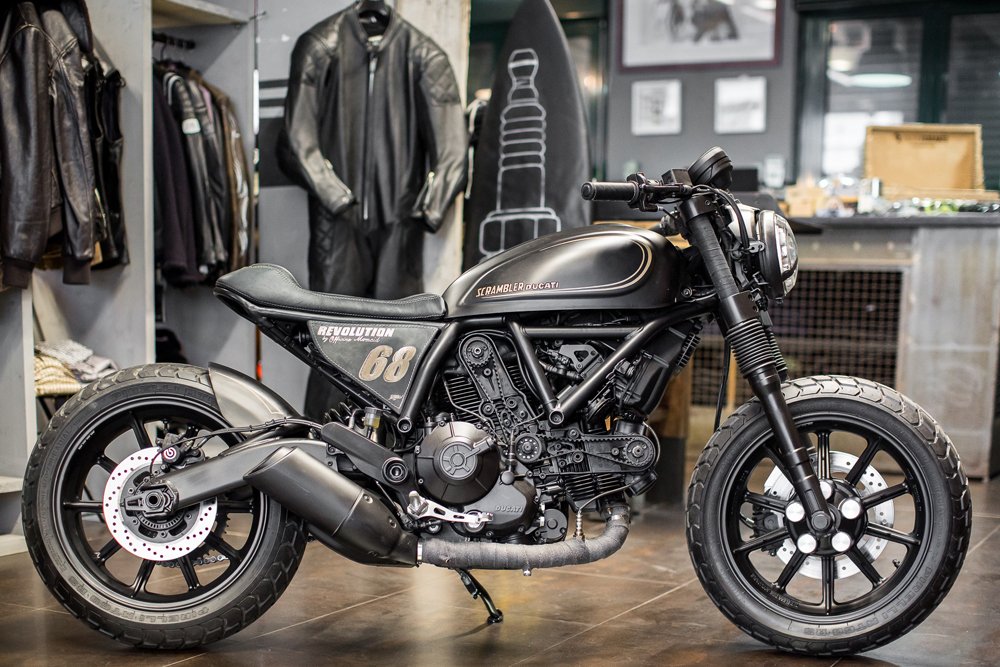