Valentino Rossi Broke My Heart, or something… 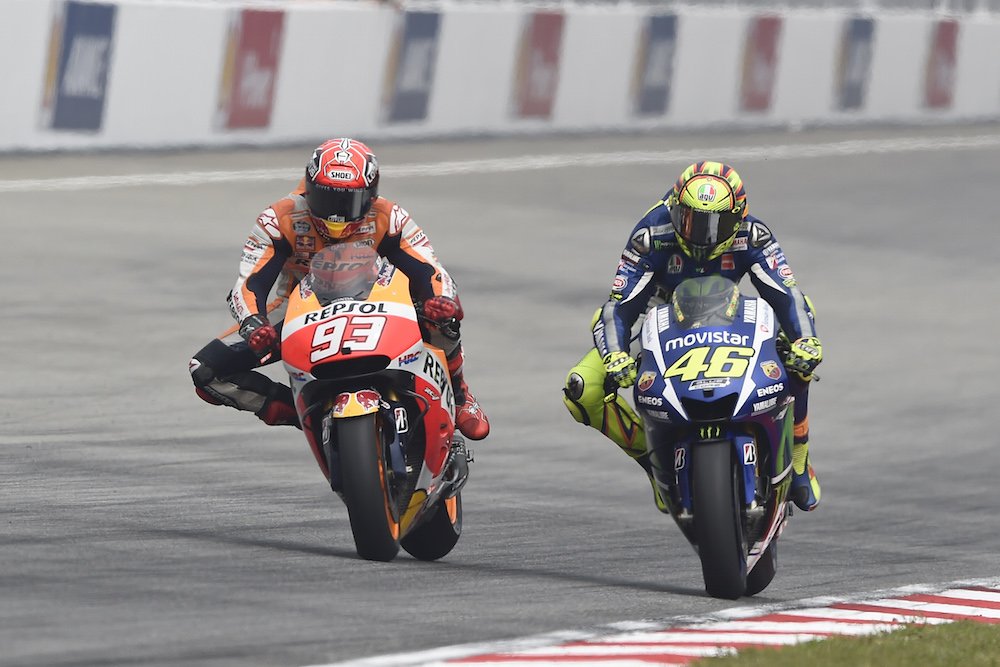 I didn’t watch the Malaysian MotoGP live. Instead, I enjoyed a weekend of debauchery with ten of my bestest mates at a secluded holiday house in Salcombe, Devon. You know, feverishly drinking and plenty of poker and japery.

I was sharing a room (not a bed) with Mike, for that was his name. Even after a sleepless night of partying, Mike decided to set his alarm for 7am and follow live updates of the race on twitter from the comfort of his crib. At approximately 7.20am, I was embroiled in a ghastly nightmare involving Valentino Rossi and Marc Marquez. It was an incredibly vague nightmare but one that revolved around Rossi kicking Marquez mid-race, before Marquez subsequently crashed.

Of course, it wasn’t long before I realised that this nightmare was in fact reality, and it was Mike shouting at me half asleep. Without dwelling too much on the actions themselves and getting overly opinionated (like every other dickhead behind a keyboard this week), it’s pretty bloody obvious what happened. None of it was judicious, but for Race Direction not to at least acknowledge or apportion some blame on the #93 is ridiculous.

As Harry from Days of Thunder says, rubbing’s racing. The concern I have with Rossi isn’t the apparent ‘kick’ or nudge. It isn’t him running Marquez wide – the previous laps dealt us some of the best racing all season, emphasising the on-track hate that’s been absent in MotoGP for years. No, it was the bizarre outburst during Thursday’s pre-race press conference as Valentino set about unleashing his conspiracy theories, and how everyone was out to get him. Had he indulged in too many magic mushrooms throughout the previous week? Was he getting paranoid? Was he playing mind-games? Or was he simply making a point? We’ll never know. 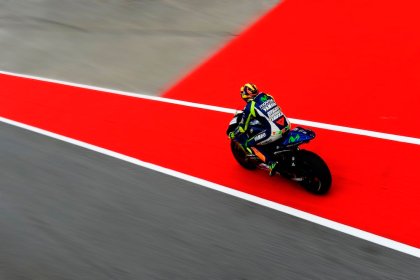 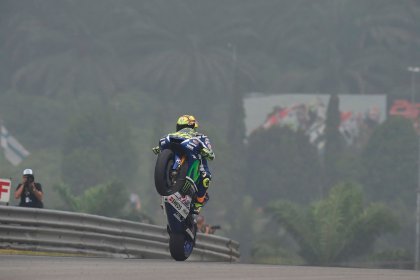 After years of wrecking other racers’ careers through mental strength, indulging in these mind-games and bashing rivals into the kitty litter, it was the press conference contents that had me baffled. It sounded like someone has finally gotten inside his head.

And let’s not forget that Valentino Rossi’s VR46 brand actually sells Marc Marquez merchandise, therefore Rossi’s been earning spondoolies even when MM93 has been beating him. I doubt this little arrangement will continue.

It’s been coming for a while. Even without the pre-race conspiracy theories and mind-games, the relationship has been simmering way before the clash at Sepang, which people keep neglecting. What about the antics of Assen and Argentina?

Despite friends in the GP paddock proclaiming that the perma-smiling Valentino you see on TV isn’t the real-life Valentino that wanders the streets away from public eyes, I refused to believe it. These friends have never worked in the VR46 camp, instead his arch rivals. After all, Valentino Rossi is the only man I’d share a bed with.

Never has an event caused such polarisation. Thanks to last Sunday’s exploits, MotoGP has attracted football hooligan levels of support and social media cuntery over the past week. Crude memes (the ironic thing is Lorenzo and Marquez actually hate each other), Photoshopping of the cuntiest order and, frankly, barbaric rants aimed at various riders/sides with tribal momentum. It’s not an overnight thing. I first witnessed football-esque hooliganism in motorcycling several years ago at a British Superbike round. A beer-induced scuffle broke out between rival factions after someone took offence to the tawdry football-esque songs being chanted.

The bottom line is: if Race Direction hadn’t have penalised Rossi and, ultimately, ruined what has been one of the best MotoGP championships in recent times, would all of this frenzied hate and cuntery still occurred? Maybe, but to a far lesser magnitude. Despite the fact that his Sepang stunt wasn’t the pivotal factor, the only reasonable punishment would have been doctoring a time penalty for Rossi in order to level championship points, leaving a head-to-head at Valencia. Old Stewy ‘Showdown’ Higgs would have done the latter, for sure.

And what of the future? The conundrum we now have (or rather Dorna has) is the balance of Rossi versus the rest. It goes without saying VR46 brings stacks to MotoGP, yet is the Vale’ glory train worth protection over future sponsors and commercial partners? If the stories regarding Repsol getting eggy come to fruition, Dorna will surely bow to petroleum demands.

As well as losing part of my soul in Salcombe that weekend, I lost a bit of love for Valentino Rossi. And for the sport.