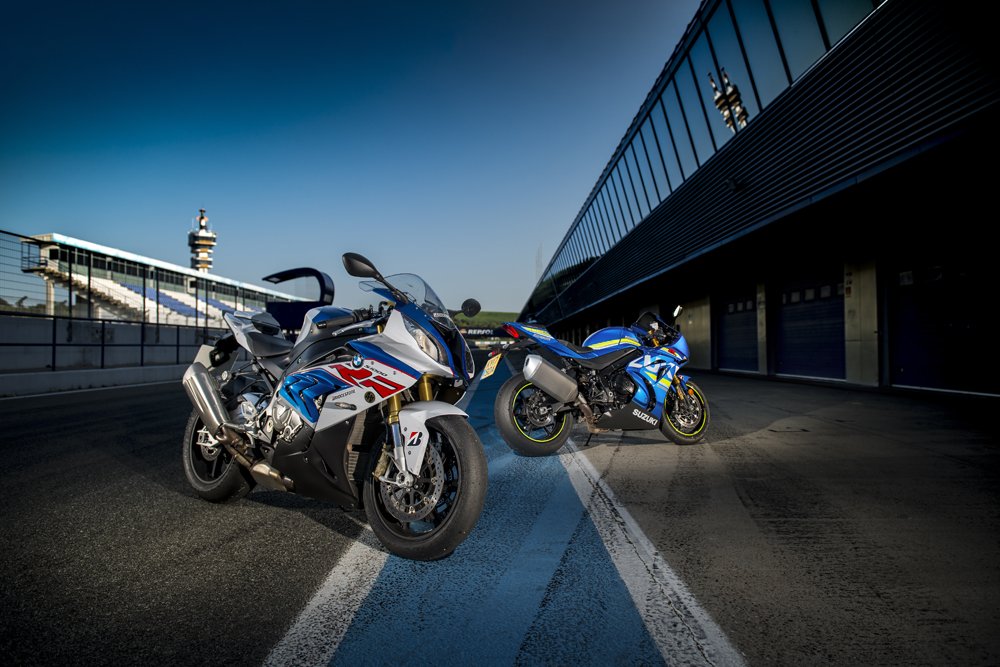 Like it or not, BMW’s S 1000 RR has been the benchmark superbike since its inception in 2009. Not only was it the original electronics instigator, the S Thou’ ended Japanese domination and has consistently outsold every other model in the litre class.

BMW made no secret of basing the original RR on Suzuki’s GSX-R1000. Ironically, Suzuki has been in dire straits ever since. Until now. The all-new GSX-R1000R – which costs the same as a fully-loaded S 1000 RR – is packed full of the good stuff with some additional innovative offerings to boot. Like the VVT (Variable Valve Timing) motor, which initially sounds like a bucket of rusty nails but manifests into something far sexier.

With an offer of unconditional Spanish sun and an open pitlane at Jerez, we jumped onboard the pain train to Malaga and spent two days spanking the crème of 2017 – with some surprising results. Before the cantankerous bastards among you ask why there was no Fireblade featured in this test, Honda couldn’t supply one, which was a shame.