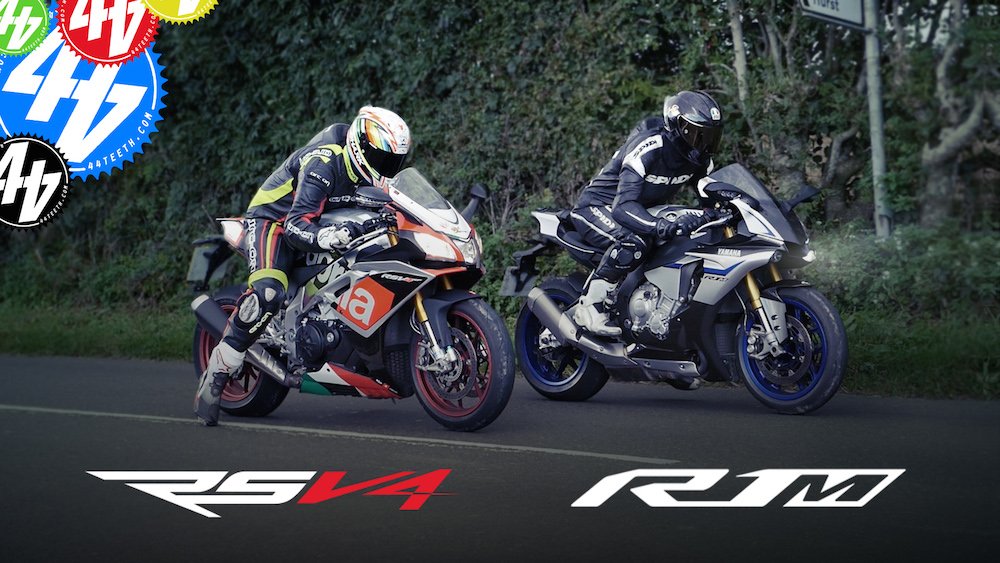 Here’s the second instalment of our mammoth Aprilia RSV4 RF v Yamaha R1M test in glorious audio-visualisation, and this time it’s a road-based analysis for the sportiest steeds of 2015.

The pairing proved problematic to split after a day at Silverstone, with only subjective characteristics swaying the halfway conclusion. But whichever way you look at it, the Aprilia is far more capable on the brakes and attacking any corner to the apex, while the R1M romps during corner exit with its electronic trickery and raucous top-end. And on Her Majesty’s highways?

From stretching the cable at a circuit to a far more staccato outlook on the roads, a bike can often feel/behave completely differently. The bikes’ intrinsic advantages still shone through, as did their shortcomings, but there could only be one winner…

The latter section of the vid features some discussion on electronics in general, and why you’d want to turn off these gizmos – thanks for all the demos on why you shouldn’t!