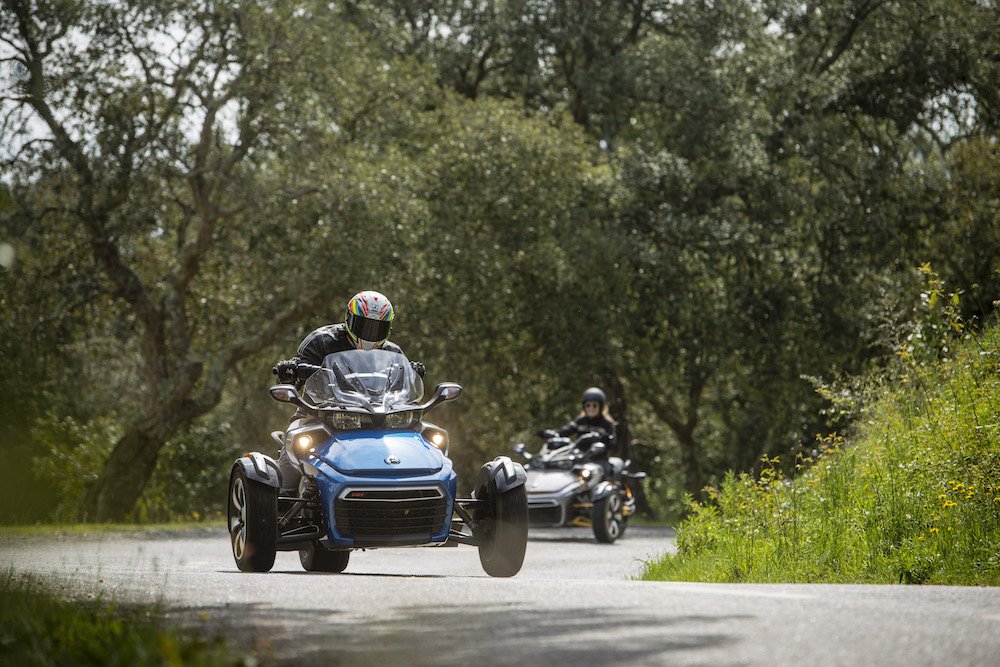 One too many wheels? One too few? Or the perfect balance? One thing is for sure, you can’t accuse the Can-Am Spyder of lacking originality. The three-wheeled über weapon is full of idiosyncrasies and equal measures of electronic wizardry, and it’s a riding experience like no other.

The Spyder’s 115bhp Rotax three cylinder engine and a relative lack of mechanical grip at the rear is the cause for spontaneous mischief, although owners’ average age suggests they’re used to more serene activity.

I rode/drove/piloted one at Cheddar Gorge many moons ago, just after its original launch in 2007, and it was an absolute riot – like a drifty drift-fest. I’m pleased to say the Spyder has lost none of its hooliganism and, for 2017, there’s an added sense of refinement. It gets rough press because of its eccentric looks (which is understandable in some respects) but the Spyder deserves judgement reserved after riding. And ride we did. From Faro to Lisbon.

Prepare for something a little different…