Video: Onboard at Yas Marina 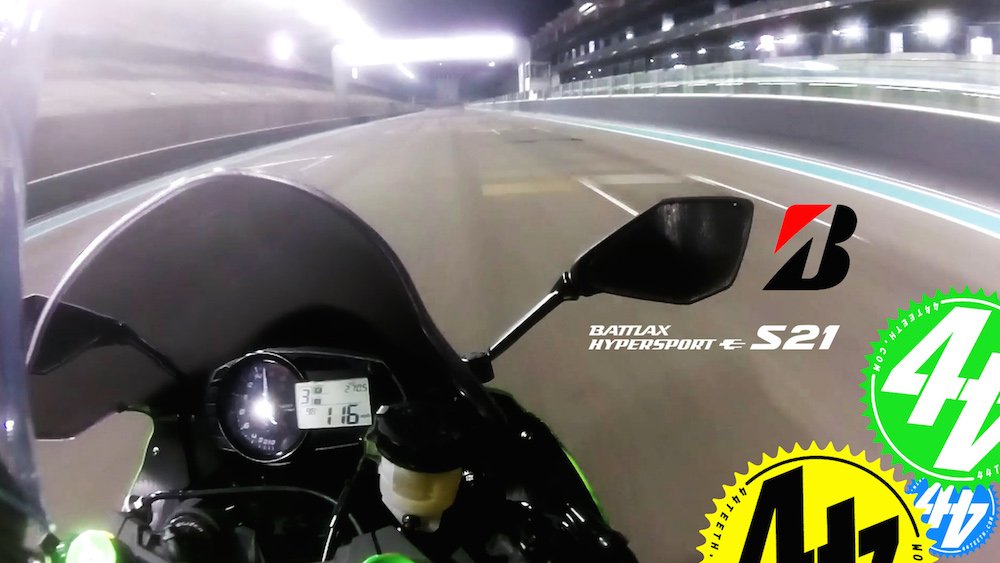 If you didn’t know, it was Baron who claimed the lucky ticket to Yas Marina circuit in Abu Dhabi (it pains me to even write this) for the launch of Bridgestone’s S21. In authentic tyre testing fashion, and absolutely not because of serious fatigue or poor fitness in tropical climes, the wanker Baron chose the Kawasaki ZX-6R 636 for the last session.

With a minefield of the latest 1000cc superbikes readily available for lappery, the 600s were often left disregarded like runts of the litter, yet the lil’ Ninja proved to be his most enjoyable steed of the day. As we repetitively bang on about, there’s a lot to be said for spanking a smaller capacity bike: more rewarding, less like a suicide mission to that of the litre weaponry. And, interestingly, times were pretty much identical to that of his laps aboard the R1M and ZX-10R.

The ‘death’ of the 600s class – very much like the ‘death’ of sportsbikes – is founded on new bikes sales figures, something that we cannot debate. Second-hand sales continue to flourish, supporting dealers with poor margins on brand-new bikes, and you only have to visit a trackday/BSB/bike meet to witness the glut of 600s currently in circulation. But manufacturers are also partly responsible for a class that’s remained stagnant in terms of technology and R&D (Triumph aside), and Kawasaki’s ZX-6R 636 is the only Japanese bike to receive a tangible upgrade in recent years. There’s no replacement for displacement. Or something.

Anyway, enjoy a rare midnight onboard soiree of one of the world’s most lavish circuits…