Video: What’s inside an Öhlins Shock? 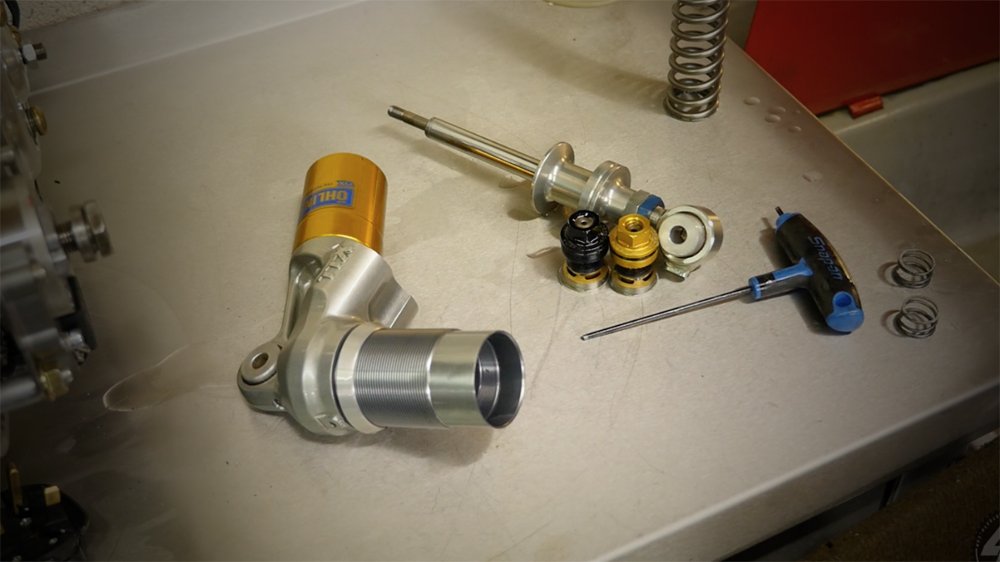 Suspension is the sort of technology and componentry we take for granted: get on bike > ride bike > springs and damping work…hopefully. With little subject knowledge and understanding of what’s inside, it’s also a topic usually best left for the pros.

Yet still, servicing and maintenance is greatly overlooked. Most manufacturers recommend a suspension service every two years, though rarely is the work carried out by the majority of us.

It was due for some much-needed recall work anyhow, but after damping issues and fluid ejaculation, we dropped Baron’s Öhlins TTX shock into JHS Racing, brought along the cameras to capture the many moments and asked: what’s inside an Öhlins Shock? Having spent most of my life fiddling with all manner of bouncy things, I’d never actually seen what makes a shock and how it functions.

As mentioned in the video, it’s only when you get the chance to dissect such beauty that you see where your money goes. Every single component is precision crafted and serves a purpose. A standard Fireblade shock is far less glamorous and obviously doesn’t feature anywhere near Öhlins’ levels of machining.

Not sure how many more innuendos could make the edit. Bum grapes.