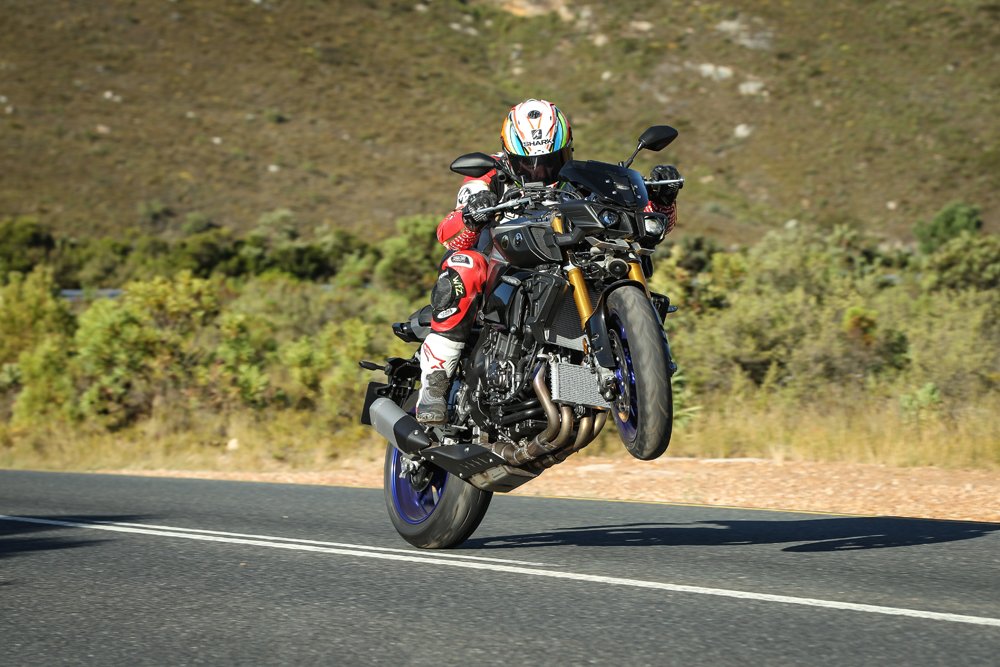 With the exception of Fatima Whitbread, brutal has never been associated with beautiful: a motto perfectly suited to Yamaha’s MT-10. An ingenious concoction of R1-derived sportiness and sheer naked lunacy has given us way more to cogitate than its Johnny Five aesthetics, proving that beauty isn’t purely skin deep.

The daddy of the MT range hasn’t sold as well as the MT-07, or even MT-09 (43% of Yamaha’s sales last year were owed to the MT range). However, Yamaha simply couldn’t cope with the 10’s demand, seriously underestimating the ensuing global epidemic. I don’t think anyone could have predicted its rampant success.

As we head into 2017 proper, Yamaha thought it was best to introduce us to the latest addition by hosting the press launch in Cape Town, South Africa – home of some of the sexiest roads in the world. So how do they improve the universally renowned bike of 2016? Well, in typical SP fashion, by slinging on some Öhlins suspension and a smattering of cosmetic upgrades. But this isn’t just Öhlins suspension – this is M&S Öhlins suspension, or semi-active as it’s known in the trade. 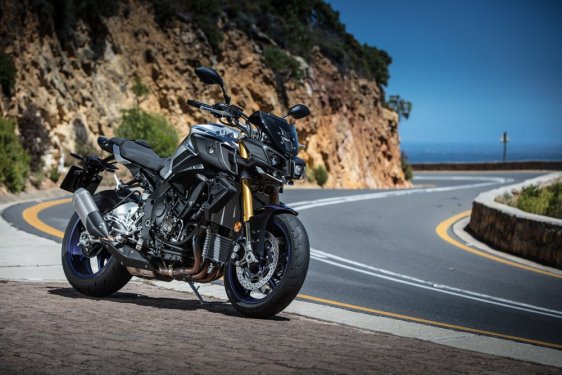 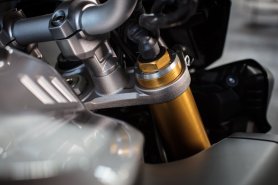 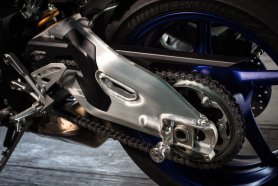 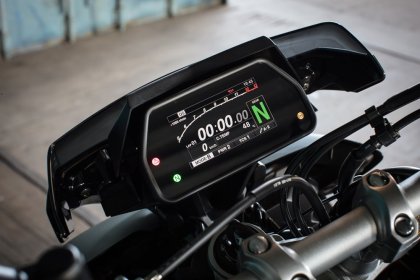 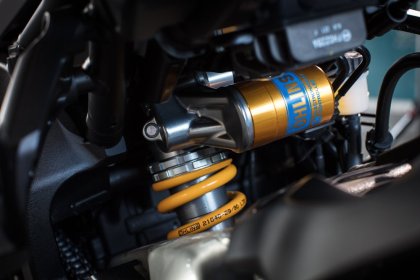 There’s also a snazzy TFT dash based on the R1’s (albeit slightly less intricate), the factory-look polished swingarm, plus a medley of updates that feature across the MT-10 range in 2017: revisions to engine mapping – apparently to make things smoother – and a quickshifter, again pilfered from the R1. It’s already looking sportier than Fatima and we haven’t even turned a wheel.

I spent a chunck of the riding day trying to think of a better engine than this crossplane trickery. I couldn’t. Its retuned state over the R1 better suits the inherent characteristics, punching hard in the midrange with oodles of intensity anywhere else throughout the delivery. Having not ridden an MT-10 for several months, I was soon reminded of its protocol within minutes of starting our test route. A whiff of throttle and scant incitement sends the front wheel skywards, provoking child-like giggles and an intangible assault on the senses that’s unsurpassed in motorcycling. It has to be the most wheelie-prone bike in existence and that’s an accolade worth remembering for your next showdown with the feds.

Everything about the MT’s throbbing heart is deeply involving: the sound, the execution and deliverance, the way in which it rouses mindless throttle abuse – even more so now there’s a seamless quickshifter in its arsenal. I just wish my wife was this naughty, etc. With the electronics and mapping set to the sportiest, there’s almost a sense of 1:1 throttle connection, such is the aggression and instantaneous power on tap. With a palpable caged animal sensation and elasticity to the throttle tube, you can tell its natural habitat is sniffing apexes and chewing rubber. 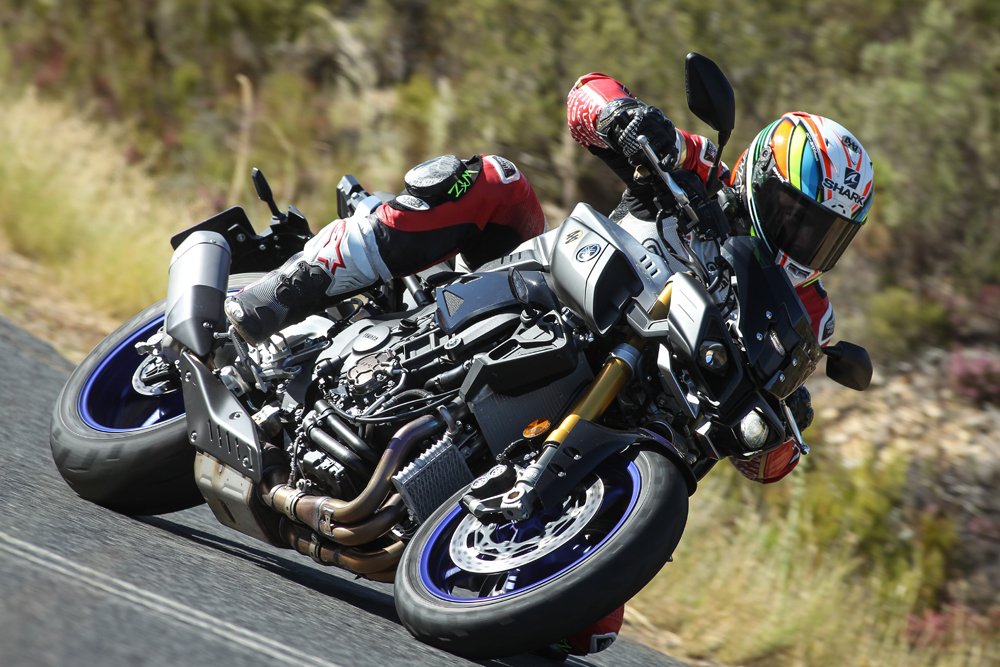 But it’s not all about chasing tenths onboard the SP. The bottom-end and closed-to-open throttle action is somewhat smoother than before, content at pootling around town without glitches or surging. For an intimidating looker, it’s a doddle to pilot while tacking everyday chores.

In a world hell-bent on making things smaller and lighter, it’s refreshing to jump on the MT-10 SP and engage in its imposing stature. The cockpit reminds me of an old-skool Tuono, with big, wide ‘bars and an extensive frontal arrangement. It’s a menacing prospect to some, a ballistic weapon to others.

You’ll appreciate the Öhlins trickery within a few minutes in the saddle. Lifted from the R1M, this system doesn’t convey that magic carpet ride and glorious bump compliancy of, say, the BMW’s semi-active system. The whole ride is tighter, firmer, lending the MT’s chassis a tauter outlook with the SP better poised on its springs for quicker steering inputs and rapid change of direction with a hint of ‘bar leverage. 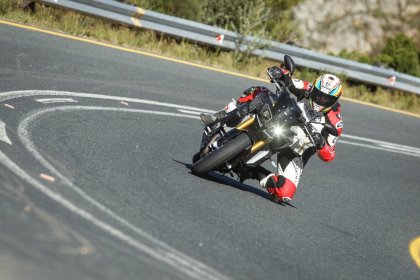 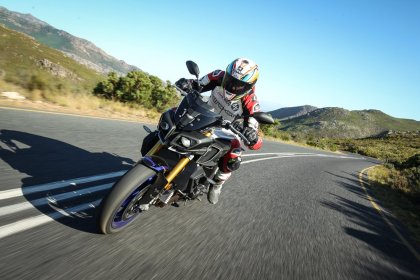 Bragging an IMU (Inertial Measurement Unit) which only utilises suspension inputs, the MT constantly reads the road and digests rider contributions, selecting the best possible compression/rebound damping in every situation. Bumps, braking and acceleration are all deliberated, with riding conditions measured every 100 milliseconds. There are two semi-active modes (A1 and A2), plus three manual modes to customise just in case you don’t like electronic damping or intervention. A1 is the ‘sporty’ setting, A2 the ‘touring’ mode, although in reality both are set on the firm side. A2 is marginally more accepting of bumps, dead badgers and iffy surfaces, but sacrifices little agility or performance.

Perhaps the SP’s significant benefit over the stock model is corner exit and its ability to hold a line during committed speeds. Öhlins’ electrickery ensures there’s zero TTX36 shock squat, even when truly abused, and railing a corner has never been easier to manage. Put simply, the SP’s handling brags another notch of sporting ability over standard, and we’d love to see some superior brakes to match the chassis’ aptitude – probably the only weak point to the SP.

With Euro4 laws on ABS in full effeck, there’s only one way to ensure skids on the SP – pull a gargantuan wheelie to confuse the system. I gladly accepted the task and, during a mile-long minger, the ABS light illuminated on the dash which allowed endless skulduggery until having to stop for fuel and resetting the ignition. And you can do all this with TC turned on, as level 1 (the least intrusive of the three) allows the front wheel infinite airtime. It’s a mild pain in the cock having to stop and toggle through rider modes, but even more of a pain in the cock that the ABS isn’t switchable. 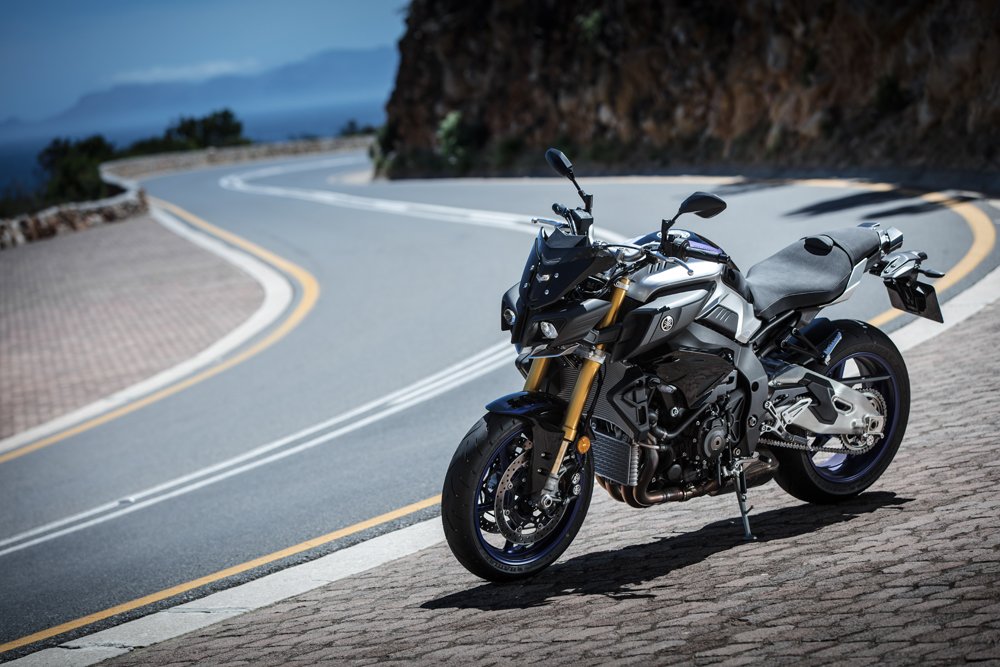 With its semi-active suzzies, there really is a smorgasbord of electronic adjustability to the SP, plus even more confusion regarding rider modes and their existence. Previously A, Standard and B, there’s now 1, 2 and 3 – 1 being the sportiest most direct and 3 the softest.

The SP’s USP is without doubt its suspension, demonstrating that you can dress any MT-10 in any fancy dress and it’ll still be an MT-10. Riding a bike is all about shits and giggles for the majority of us, and there isn’t another steed that offers exactly that. Yamaha always wanted to distance the MT-10 from the R1, tweaking the chassis for a naked roadster rather than whipping the clothes off and adding ‘bars – more synonymous with Aprilia’s Tuono. You’ll probably be quicker from point to point aboard the Tuono but the guy on the MT-10 will be having far more fun.

Likewise, given the close proximity of pricing, plenty of comparisons have been made with Triumph’s sexual new Street Triple RS. The Triumph has been designed to get from A-to-B as fast as possible. The Yamaha was put on this planet to cause chaos and destruction, to ensure getting from A-to-B is as fun as feasibly possible. With a serious thirst for gasoline and a seat that makes corrugated iron seem comfy, it certainly ain’t a mile-munching hero. 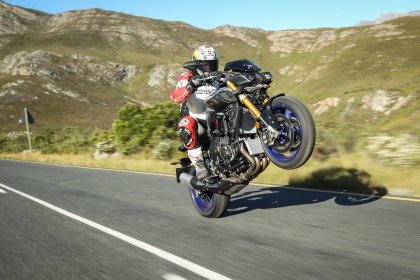 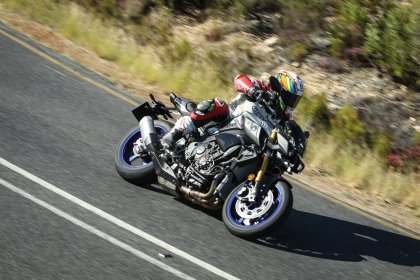 The truth is, a standard version at £10,799 will suffice for 95% of MT-10 owners. Its base is a thing of beauty and with plush, acquiescent suspension, will better suit UK roads. At £13,399, you’ve got to either really crave the SP’s R1M-esque cosmetics or be able to spank it hard and extract the best from the Öhlins.

Either way, the MT-10 – in any guise – is not just Yamaha’s greatest gift. It’s also one of God’s finest creations. Like Fatima.

Vid dropping soon, as is the MT-10 Tourer Edition review… 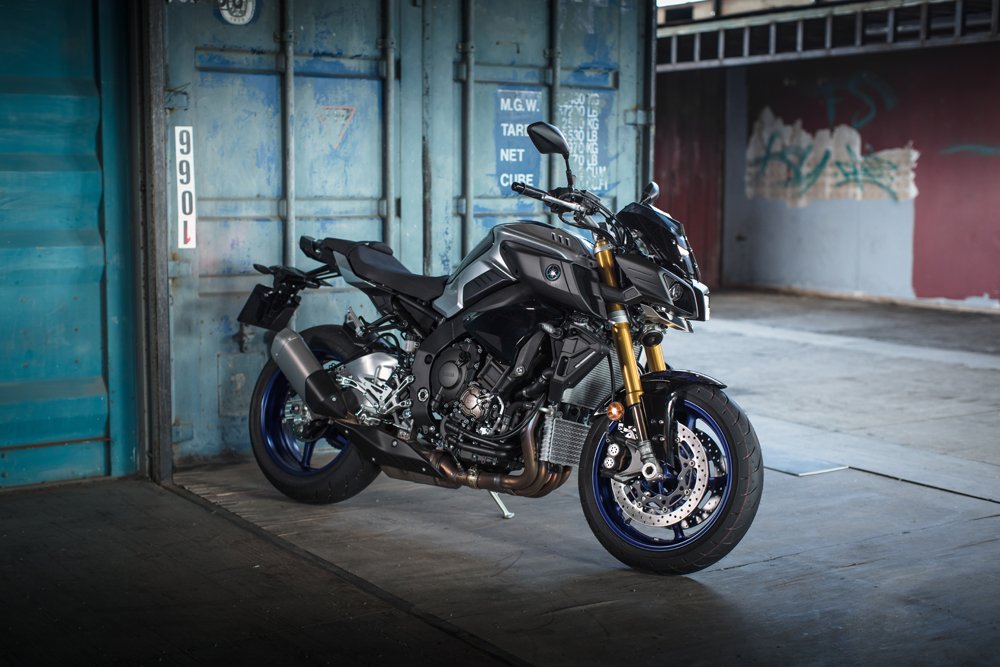