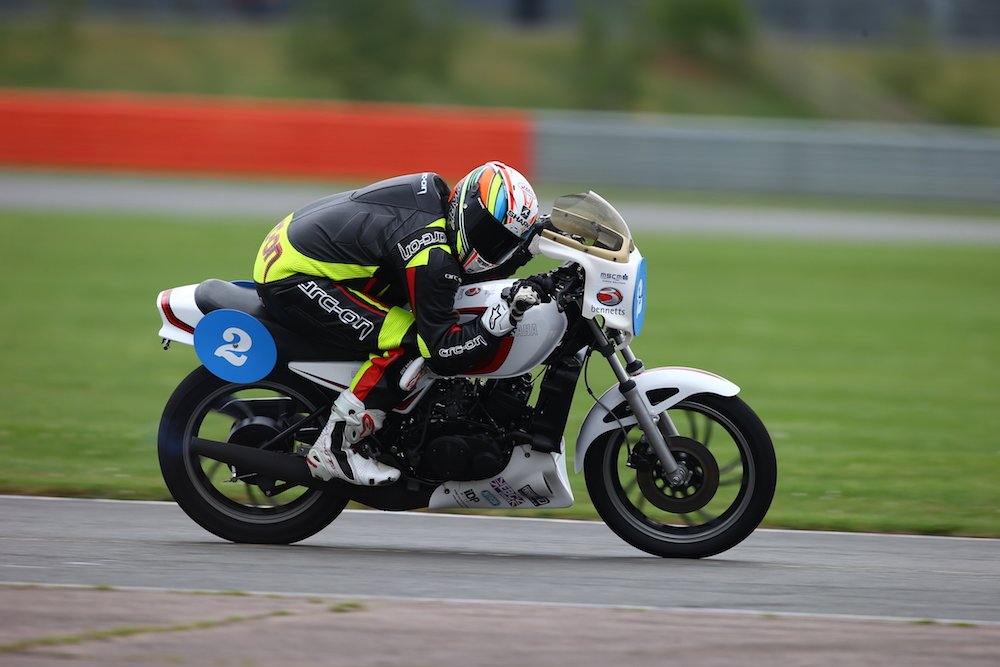 Spawning many relationships and race careers, the iconic RD250LC formed the just-as-iconic Pro-Am series in the 80s. It gave amateurs a chance to prove themselves against the established, earn big bucks, and there’s a revival taking place at this year’s British GP. Racing legends such as Niall Mackenzie, Jeremy McWilliams, Geoff Crust and James Haydon will be part of a 24-man grid, all on identical LCs. It’ll follow the same format to that of the series back in the 80’s, with riders picking their bike keys out of a hat, apparently…

Daryl Young of IDP Moto was given the unenviable task of restoring 30 RD250s in just eight weeks. “It was Chris Herring (ex-Honda Racing director and influential man in Circuit of Wales’ plans) who came up with the idea after a few beers and a curry on a Friday night,” says Daryl, who is only marginally taller than Dani Pedrosa.

“We were in the process of building a 2015 version of the LC that was designed by Kar Lee. We started on that and Chris thought it’d be great if we could get a few on the grid. Before you know it we were sourcing bikes and here we are today. 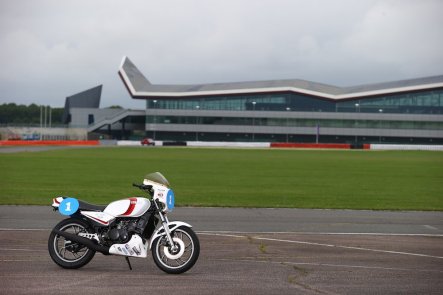 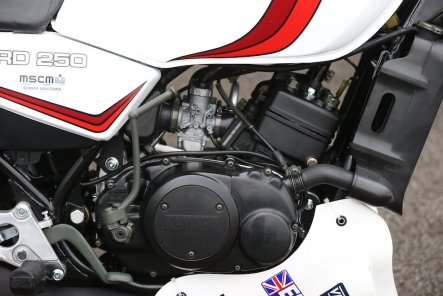 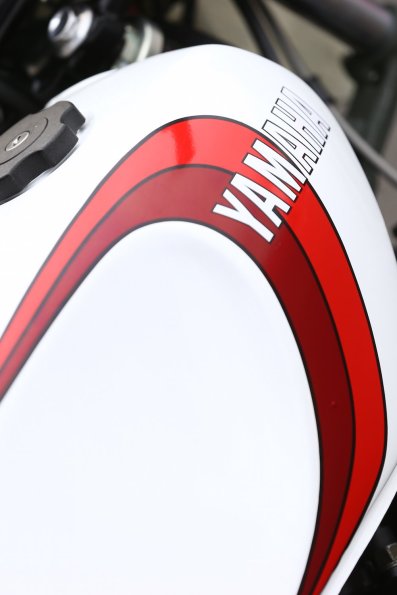 “The idea is, when they’re all lined up over at Silverstone’s Wing come August, it will look like 30 brand-new 250LCs. We’re in the process of rebuilding every engine, stripped down to the last nut and bolt, all the gears checked and all the usual bits and pieces. Bob Farnham is doing all the cranks, we’ve got new pistons and all the barrels are standard, so there won’t be any complaints!

“Off the back of this, we’ve had a few enquiries and already sold two. Generally, people want the 350 but a good, matching numbers bike that we’ve sourced and restored to this kind of standard would be in the region of £7,000-£8,000. Bearing in mind that we’ve just taken 30 LCs out of the market, the prices started to go up throughout the buying period – around €1,000.” 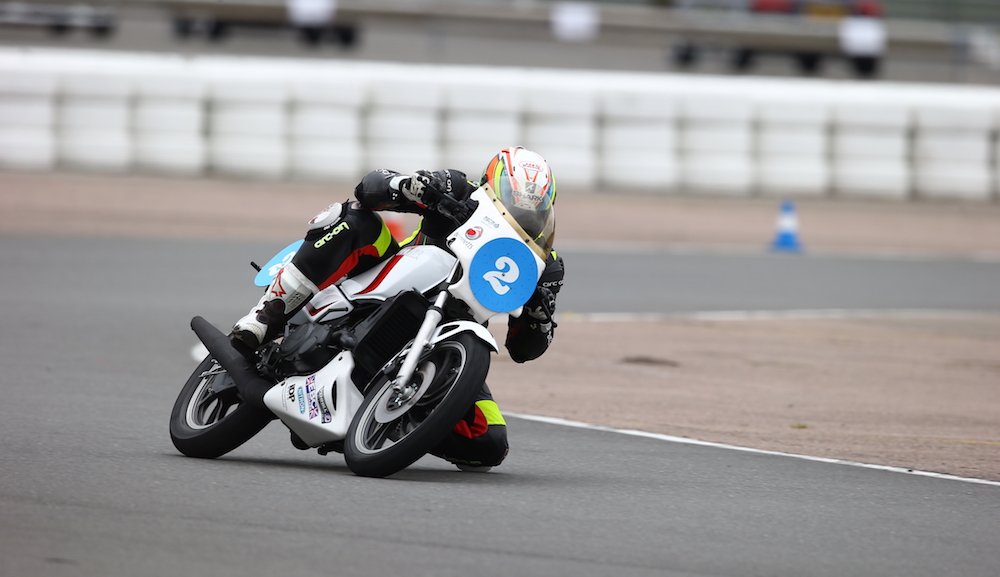 I missed the LC revolution/lifestyle by a generation, a mere sperm in my dad’s ballbag awaiting the chance to escape. And I did. I didn’t miss the chance to ride the first of the Pro-Am LCs treated to an IDP Moto restoration, just minutes after jumping off John McGuinness’s Fireblade. The thing is gleaming, attention to detail superb and almost too sentimentally precious to spank on a damp track. I know it’s not going to ignite an earthquake with savage power and the tyres look like they’ll cope with little more than mediocre lean angles, but there’s something intrinsically special about these RDs.

Having only ridden a handful of very poorly LCs previously, this one felt immaculate in every aspect. Granted, the old girl wasn’t exactly running supremely, though that was only down to minor jetting issues. A quick dab of the lever had my botty twitching, with a complete lack of engine braking and a complete lack of respect for a braking setup that edges 35 years old. I’d also forgotten how rapidly the RDs steer: pretty useful given how sketchy the brakes are…

Niall MacKenzie, ex-GP god, the ambassadors’ ambassador and one of Britain’s most successful Grand Prix riders has been invited to take part in the Pro-Am revival. Rumours suggest he’s rigged bike selection. He competed in the championship as a rookie and was rather good, so we asked him what his fondest LC memories were… 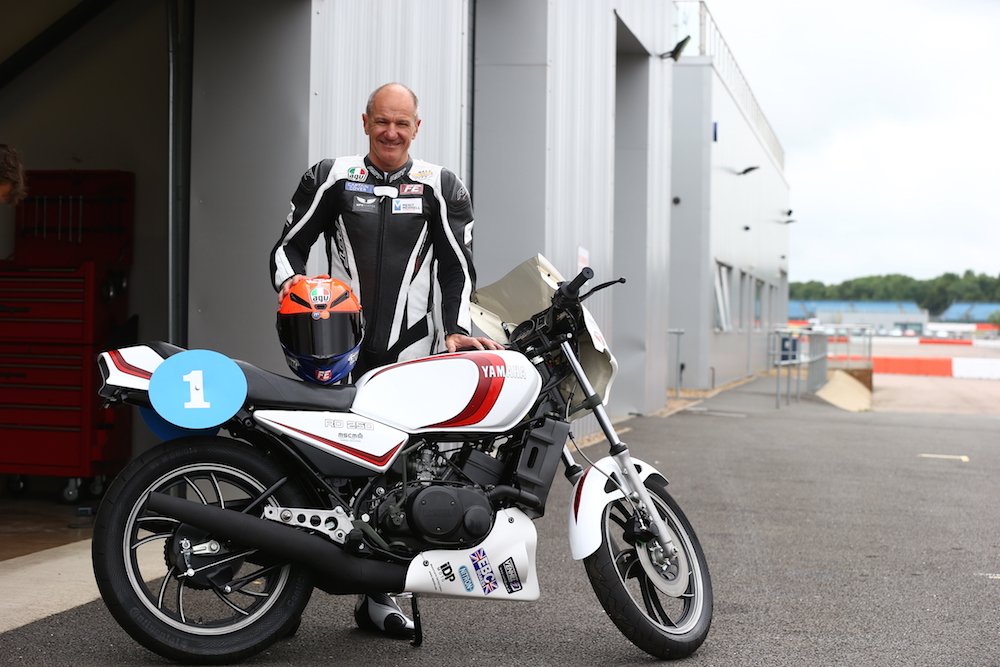 Spuds Mackenzie: still handy for a 60-something

“My funniest Pro-Am moment was during an international race in Hockenheim. There were five of us who went: me, Kenny Irons, Ray Swann, Steve Chambers and Mat Oxley. Yamaha sent us to Hockenheim to race all the Europeans and we sent German prostitutes to Steve Chambers’ hotel room on Yamaha’s expenses. Steve was probably the most civilised, well brought up Pro-Am rider of all of us, so he got the most stick, but he was a fast rider and won races.

“Oh, you mean racing? There was all the usual nonsense, like hitting other riders’ kill switches, grabbing onto number boards on the straights. While we were all mad, it wasn’t dangerous. There were very few crashes because of that. Nobody wanted to die but we were all on a mission. There were lots of elbows out, bashing into each other in a straight line, and Yamaha certainly didn’t worry about it. We were all mates on the track and off the track, and we used to see each other in the paddock before the racing and say, right, let’s go and entertain.

“It was probably the worst combination – free racing as teenagers. We were allowed to race the bikes, crash the bikes as testosterone-filled teenagers, and there was massive prize money if you got to the flag first. £500 for a win in 1981 was a huge amount of money!”

If you’re at Silverstone for MotoGP, make sure you check out the LC paddock situated at the Wing. We have no doubt it’ll be the most entertaining race of the weekend.