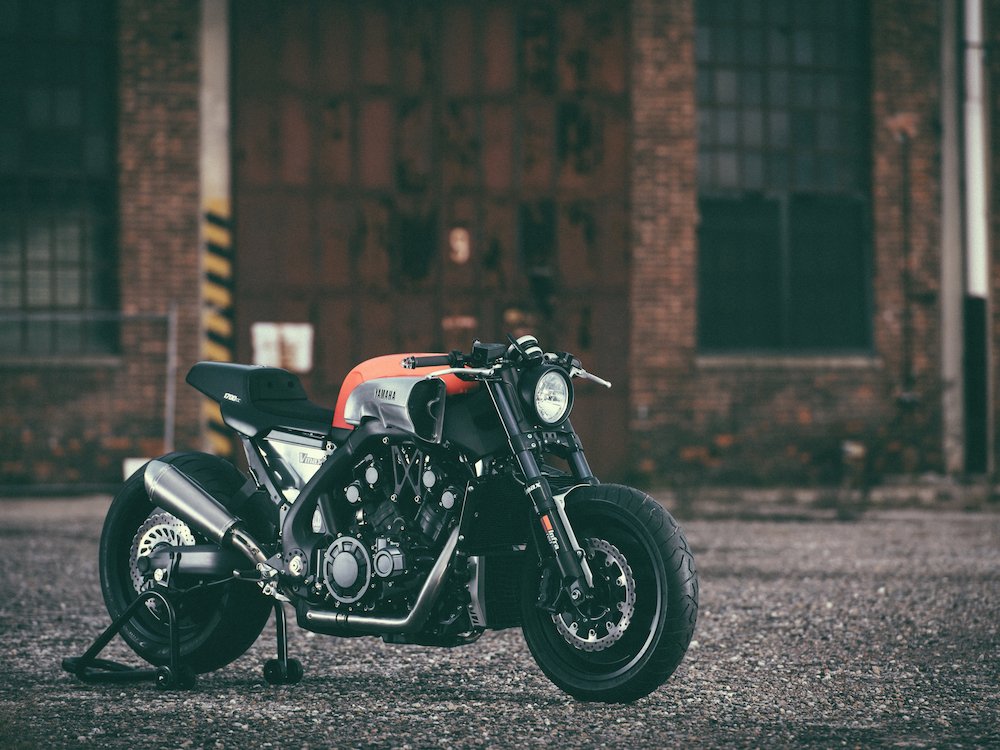 Hot on the heels of Yamaha releasing the production VMAX carbon, say hello to the Infrared: a celebration of 30 years of VMAX and the Yard Built project’s newest recruit. Yamaha joined forces with German custom experts, JvB-moto and the man behind it, Jens vom Brauck to create the Infrared. His idea was to morph the VMAX into a café racer/dragster cross, while keeping some of the original 1985 model’s elements.

Cosmetically, there’s a ton of carbon draped over the Infrared (including speedway-type ‘wheel covers’), some of which is handmade by Jens, and finished with Yamaha’s 1985 GP bike paintjob. Modified clip-ons give the racer edge and the air scoops are pinched from the ’85 VMAX. The airbox is modified by JvB-moto.

JvBizzle also crafted a bespoke aluminium subframe and the fuel tank that sits under the seat. The exhaust system is modified with a custom 4-1 collector and finished with a Termignoni silencer. Oooosh.

“The Yamaha VMAX has been an icon without rival since it burst onto the streets in 1985 as the ultimate drag racer inspired street bike,” commented Shun Miyazawa, Product Manager, Yamaha Motor Europe. “It was immediately a favourite with fans across the world, not only in its standard form, but also as a base for personalization and customization. To respect the culture that has grown around this icon we’ve chosen to celebrate 30 years of the VMAX by working with three highly respected custom builders to create three VMAX specials that will inspire not just Yamaha, but also owners of the VMAX and those who maybe want to own one. We’re starting this exciting anniversary build year with cult German builder JvB-moto. We are huge fans of his work, and feel his minimalistic, industrial style fits well with the VMAX. The results are clear; the Yard Built ‘INFRARED’ pays homage to the origins of the VMAX but also hints at the performance of tomorrow.”

There’s some cool shit being born from the Yard Built series, like this XV950 Boltage, and I’d love to try a few traffic light GPs onboard the Infrared. Let’s hope it makes some kind of production. What d’ya reckon? 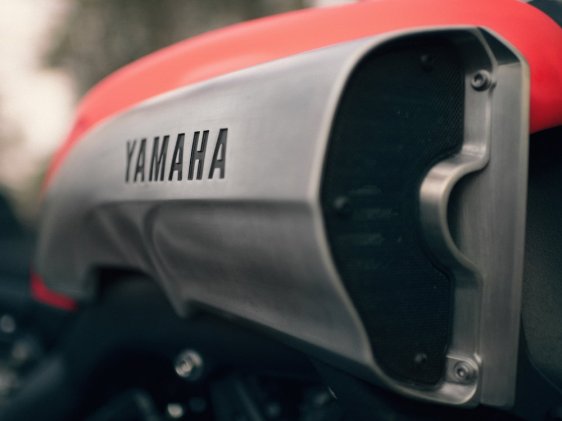 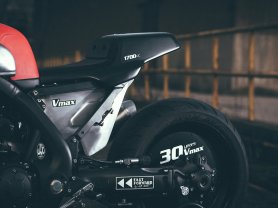 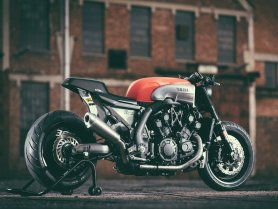 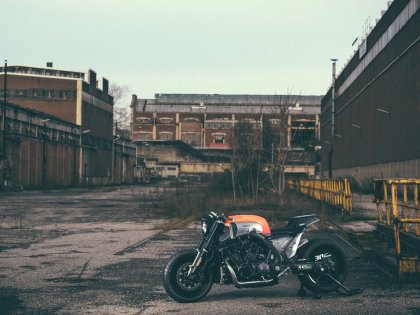 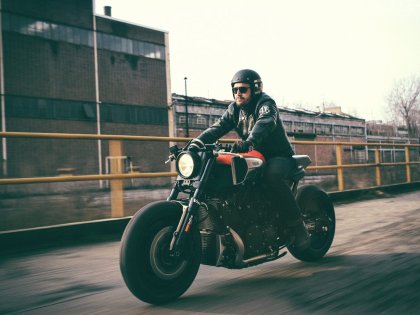