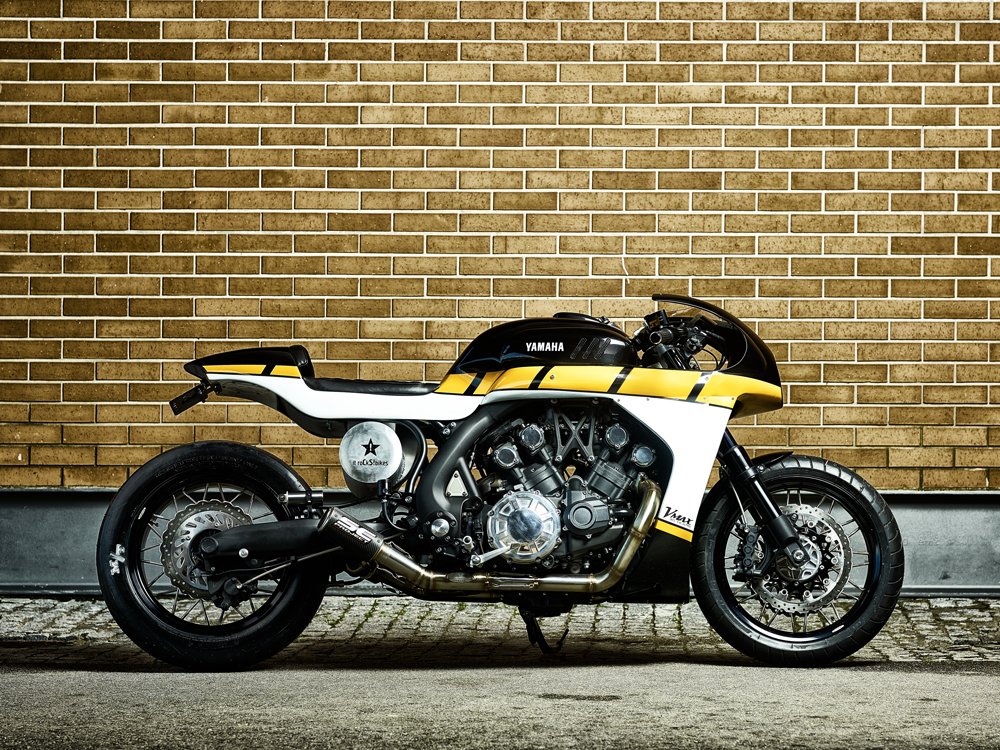 Yes, this is a VMAX, albeit an unrecognisable VMAX that triggered social media uproar today. The whimsically named ‘it roCkS!bikes’ duo from Portugal are responsible for this piece of art: the radical ‘CS_07 Gasoline.’

Yamaha’s European-inspired Yard Built project continues to produce some striking one-offs. This retro dragster is Alexandre Santos and Osvaldo Coutinho’s third Yard Built custom, clearly beefing up the VMAX’s drag potential and incorporating their trademark monocoque tank, seat and tail unit into the build, handcrafted from metal sheet (although, as you can see, the aluminium fuel tank is under the seat). 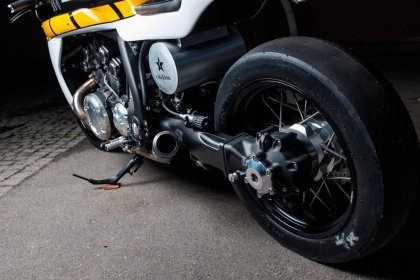 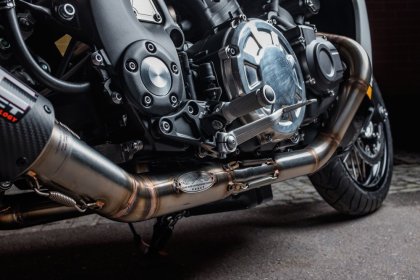 As with all YB builds, the VMAX’s frame remains unmolested but there’s a host of exotica that would suggest otherwise. Seemingly the exhaust of 2016, carbon SC Project cans are mated to custom headers and boss the CS_07. A Mickey Thomson (no idea) rear slick and Dunlop front adorn custom 18” spoked rims and completely buggers any hope of an MOT. Other aftermarket goodies include LSL clip-ons and Motogadget grips with integrated indicators.

Celebrating 30 years of VMAXing in 2015, Yamaha’s straight-line hero isn’t everyone’s cuppa, though there’s no denying its launch capabilities and supercar-chewing 0-60mph performance – I managed 2.5s riding the stock bike a few years ago. 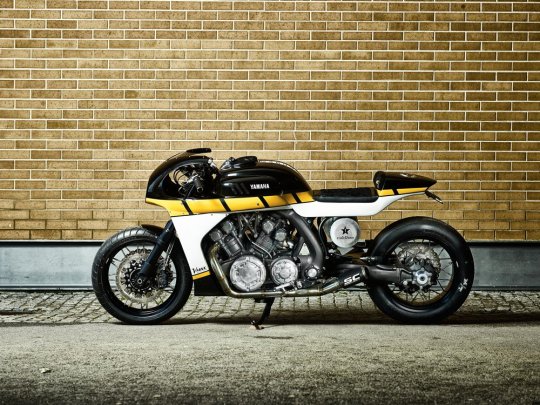 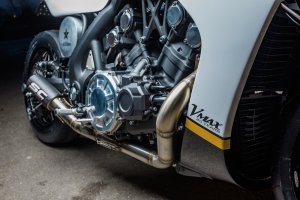 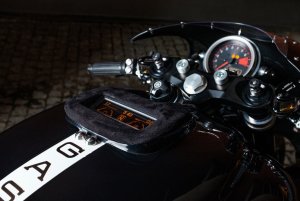 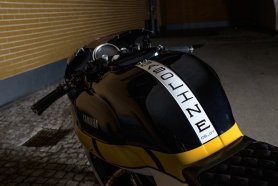 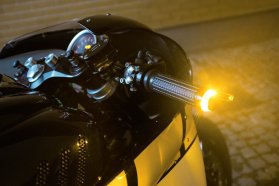 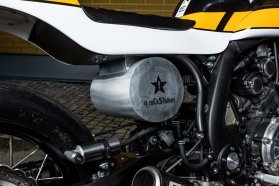 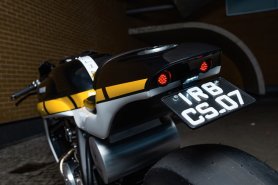 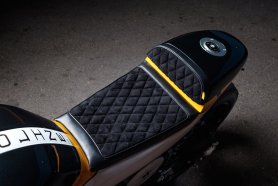 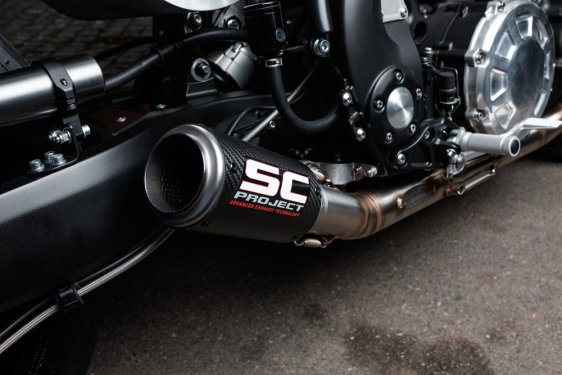 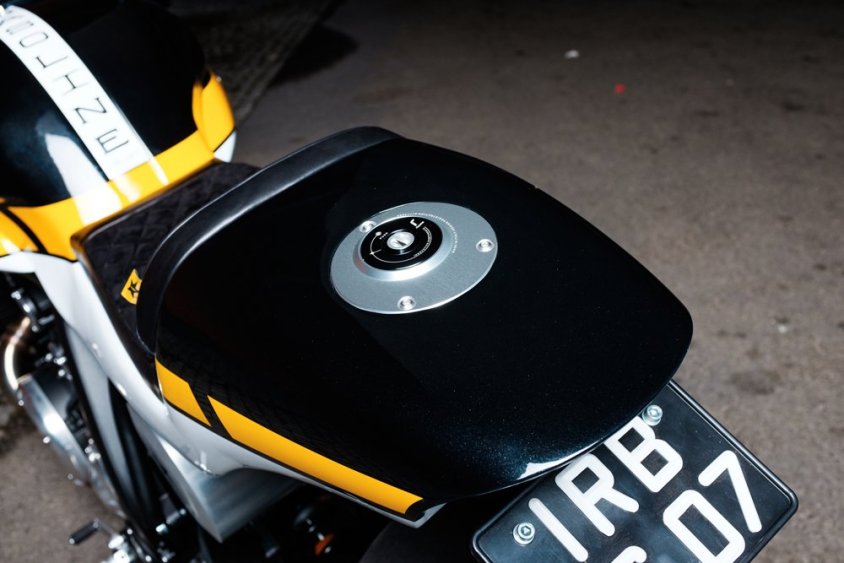